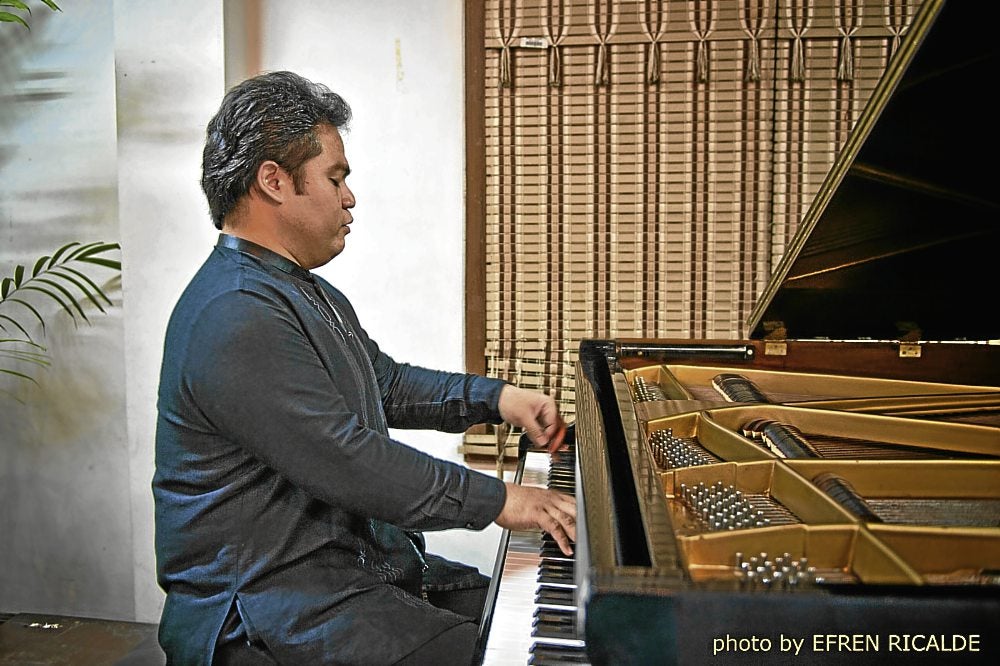 Tenor Arthur Espiritu shuttles between Switzerland and Israel for performances 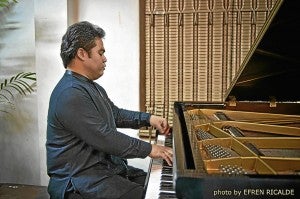 It was raining applause and euphoric ovation in the Balay Kalinaw debut of pianist Oliver Salonga on June 18.

His Haydn and Schumann showcased his musical side, but the Beethoven and, more so, Lisz’s Dante sonata displayed his torrential power. The poor baby grand was on the verge of collapse with the demonic intensity of his keyboard strength.

If you think one Haydn cello concerto is not enough, then brace yourself for three cello sonatas in one evening on July 8 when prizewinning cellist Wilfredo Pasamba holds a recital with pianist Mary Anne Espina at Balay Kalinaw at UP Diliman.

Last May, the Filipino tenor once again showcased the unique Filipino brand of vocal artistry by singing Oronte in Handel’s “Alcina” in St. Gallen, Switzerland, and portraying Tamino in Mozart’s “Magic Flute” in Tel Aviv—all in five days’ time! 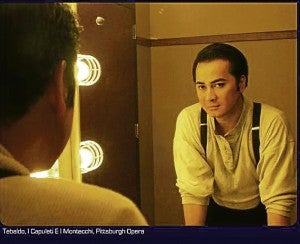 The rarely staged Handel opera was up at Stadt Theater St. Gallen in Switzerland May 10 and 15, but in between the Handel opera on May 12, 13 and 16, Espiritu had to drive to Zurich to catch a four-hour flight to Tel Aviv for the dress rehearsal, matinee and gala night of the Mozart opera mounted by the Israeli Opera.

He said it was the most difficult experience for him in all his singing life.

“I can tell you now that I will never go through that situation ever again,” he told the Inquirer. “It was fine when I was flying nonstop from Zurich to Tel Aviv, which is only four hours. However, I had to commute from St. Gallen to Zurich for an hour, and then, of course, I had to show up at the airport three hours earlier. Therefore, the entire trip is about eight hours.

“The first trip was easy because it was during ‘The Magic Flute’ rehearsals in Tel Aviv while we were already running Handel’s ‘Alcina’ in Switzerland. The second and third trips were very, very hard. I had to fly to Zurich, spend one day, and the next day singing ‘Alcina,’ then go directly to the airport to perform the first show of ‘Magic Flute’ in Tel Aviv. The third one was the most difficult because this involved me performing ‘Alcina’ at 5 p.m. and then catching a flight at 10:45 p.m. I had to ask a friend to drive me to the airport. I arrived in Tel Aviv at 4 a.m., then had to sleep right away because I had to sing the opening night performance of ‘Magic Flute’ at 8 p.m. that same day.

“Thank God that I was tired enough to sleep well and was able to sing that performance. It did not help a bit because I was also sick and congested. I was in so much medication, you would never believe it. One particular journey was long because I had to fly to Istanbul at 5 a.m. and arriving there at 8:30 a.m., then I have to stay in Istanbul for a total of seven hours, to catch my connection flight to Tel Aviv at 3:30 p.m. That was painful!

“So, with respect to all of the things I have mentioned, I would say the experience was very, very stressful. I will not recommend it to anyone. It is insane what I went through. Singing sick and be able to pull it off was a mystery to me, but I thank God for making it possible. ”

The Handel opera role, according to Espiritu, involves tough coloratura passages. To hurdle the part, he said he had to keep his voice loose and flexible.

He explained: “It makes it easy because the orchestration is not so thick, so I was able to sing it without worrying about balance between my voice and the orchestra. On the other hand, the ‘Magic Flute’ in Tel Aviv was quite challenging, because it was staged in a theater, which was acoustically challenging. I would approximate it to be about 2,500 seats perhaps, but the acoustics was very dry and you wouldn’t get any feedback. But they could hear you. So I had to be careful with over-singing and balancing with the orchestra. Being congested didn’t help because I had to abandon listening to the orchestra pit. I just relied on my eyes and trusted the conductor. I had to stick to my technique and hope to God that it would be enough. I just ignored the balance issue and sang it in a good placement in my voice and trusted the acoustics to do its job. It went well, surprisingly, but in my heart I knew that it could have gone better if I was not sick. That performance happened to be my company debut and it was exciting.”

Espiritu was born in Morong, Rizal. He was the first Filipino tenor to make it to La Scala di Milan in 2007 as Ferrando in Mozart’s “Cosi Fan Tutte.”

He summed up his impressions of the audiences and opera profile of Tel Aviv: “What is interesting about this community is that, unlike other companies in other cities, they really want to support their local artists. This is the only opera company in Israel, so all the shows are sold out. The audience is very well-informed because, before each show, one hour prior to curtain time, the opera director holds a preshow orientation so the concept is properly explained.

“I think I had a good reception. I was feeling a bit self-conscious because I was sick and was not sure if I sang to the fullest of my capabilities, but I got good reception. The critics wrote more about the concept of the production and they did not particularly like the concept. I think a lot of people have an acquired taste for what the operas should be like. They liked the singing part. So, no problem with us singers.”

Said the Filipino tenor of his conductor: “Maestro Stern has a deep understanding of the style of Mozart and he came up with different ideas to make it less typical musically. The tempi were just right and kept the ensembles together. He once said that tradition was only valid if you believed in it. There is no map to Mozart, so interpretation is key.

“How you interpret it has to be believed by the orchestra and singers alike. When everyone works in synergy, then that particular interpretation will work convincingly. Musically, it was great. But the concept was not well-received.”