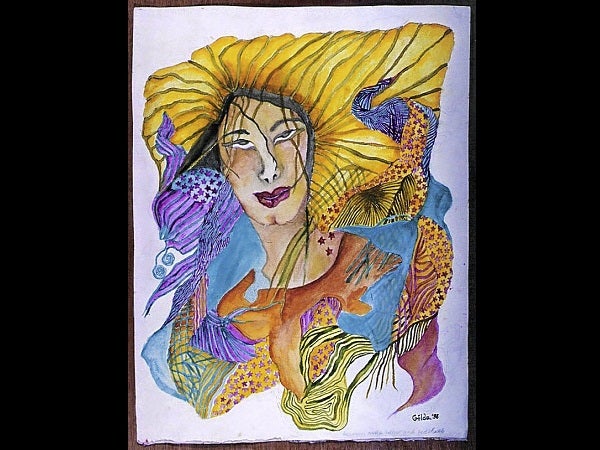 I am turning 82, and I thought I should be truthful and update my column head. My friend, Robert Alejandro, once thought it a good idea to open a Facebook or Fan Page or whatever you call it, for his old computer-illiterate friend. I haven’t stopped blaming him. Lately I even learned that one grandchild has been answering that Facebook for me! Dreadful!

People my age as well who have mastered the computer, patiently tried to convince me that it’s so easy to learn. Then you won’t have to rely on your maid to type and send those columns, they argued.

For me, it’s akin to learning a new language like, say, Russian. Or trying to learn the rudiments of ballet. Too late. So many things are more important to me now than learning a new skill. I’d rather work on improving the ones I already have, like writing and painting—so I can truly be proud of them.

There is no envy in this old heart for those who are hunched over the computer all day (unless it’s their job). You could spend 15 hours chatting with a stranger in Africa; planting cabbages and raising cows and selling them in an imaginary farm; finding out what Ernie’s sandwich contained this morning; gazing at Jessie’s left profile, right profile and front mug shot; googling every sickness on the planet.

But one of the baggage I cannot take with me to the next life is all the information accumulated on earth, so what’s the use?

What about widening your circle of friends, chirps another acquaintance. Confident to say, I will have enough friends to attend my funeral. But I’d rather see them face to face while they’re alive, hug them, reach out to them, more than a machine can. Old age is not the time to expand your social circle but to contract it, deepen its relationships and meaning.

I thought I should make my own updated Facebook. In long hand.

Regret: Born too early. Most of my friends are young, my contemporaries are too old for me.

Fantasy: To be humanity’s best friend; to join a cosplay

Friends: 4 BFFs; 17 Best Friends; 40 Other Friends. These BFFs, BFs and GFs belong to four genders and three generations, are magical, artistic, intelligent, loyal and some are slightly mad.

To quote Carol Channing at 83, “It’s the first 80 years that’s hardest!” And Nicholas Bakalar writes: “A large Gallup poll has found that by almost any measure, people get happier as they get older, and researchers are not sure why.

“It could be that there are environmental changes, says a US survey of 340,000 people, or it could be psychological changes about the way we view the world, or it could even be biological—for example, brain chemistry or endocrine changes.”

The answers, the researchers say, reveal “hedonic well-being,” a person’s immediate experience of those psychological states, unencumbered by revised memories or subjective judgments.

“People start out at age 18 feeling pretty good about themselves, and then, apparently, life begins to throw curve balls. They feel worse and worse until they hit 50. At that point, there is a sharp reversal, and people keep getting happier as they age. By the time they are 85, they are even more satisfied with themselves than they were at 18.

“And it’s not being driven predominantly by things that happen in life. It’s something very deep and quite human.”

So there. Grow old. It’s great!