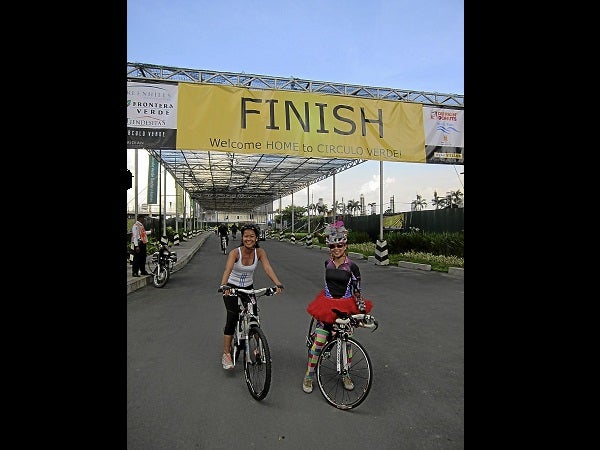 Do I have as many costumes as Lady Gaga did at her recent concert at the new Arena at SM Mall of Asia (MOA)? Just this month, my outfits ranged from opera singer to sequined mermaid to biker chick to rock star to designer muse, and finally to a Lady Gaga costume as well!

Bringing the varied characters to life will be a distinguished cast of Pinoys and Italians, including premiere soprano Rachelle Gerodias, tenor par excellence Arthur Espiritu (the second Filipino to perform at La Scala in Milan) and US-based baritone Andrew Fernando. The Italian contingent is made up of renowned and multi-awarded baritones Mario Cassi and Marco Filippo Romano.

I am especially excited to meet Italian director Antonio Petris because he is also the set and costume designer. Also arriving is Ruggero Barbieri, former principal conductor of the Philippine Philharmonic Orchestra.

Rustan’s, CCP and The Peninsula Manila, in cooperation with the Embassy of Italy, are joining hands to make this operatic gala possible. Its main beneficiary is the Philippine Italian Association Endowment Fund, which supports cultural events as well as the Sister Handmaids of Charity and the Servants of Charity, two charitable institutions run by Italian Missionaries. Tickets are available at TicketWorld (8919999), CCP Box Office (8323704) and Rustan’s Secretariat (8952109 and 8952404).

From an operatic ensemble, I metamorphosed into a mermaid for the fifth anniversary of the Inquirer’s Read-Along series. I brought my youngest Athena who was turning seven that day. My photo with the kids even made it to the front page!

Then, trading my fishtail for biking shoes, I finally started my bike training when I joined the Livestrong-Circulo Verde Twilight Challenge Bike Ride. Along with 1,000 cyclists from Manila and nearby cities, I biked over 21K to support Livestrong Philippines, the local campaign of world champion cyclist Lance Armstrong.

Livestrong is an affiliate of the Lance Armstrong Foundation, which aims to improve the lives of people afflicted with cancer. This year’s ride reunited Livestrong Day Philippines supporters from 2010 and 2011, and enjoined even more people to the cause.

A project of Ortigas & Co., the developer of premiere property Circulo Verde, the fun ride gathered bikers of all ages. We traversed several kilometers around the developer’s green communities like the Ortigas business district, Tiendesitas at Frontera Verde and Greenhills Shopping Center. After two hours, we headed back to Circulo Verde in Bagumbayan, Quezon City, where Eric Bergara of Team Philippines Benefiting Livestrong thanked everyone for their support.

Joey Santos, GM of the Ortigas’ real estate division, told me that the Circulo Verde community spans 12 hectares, of which 70 percent has been allotted for open spaces like parks, biking, jogging and walking lanes. The event was cosponsored by Dunkin’ Donuts, Manila Water and San Miguel Beer. See www.livestrongdayph.com or follow @livestrongdayph on Twitter for info.

Costume changes can be a means of fantasy fulfillment. How else can one go from athlete to rock star in the blink of an eye? And yet there I was in Metallica mode for the Replay Rockstar Party at Opus Bar. Several guests were asked to jam with sultry pop star Bea Tantoco and the Sauce, and I was lucky enough to be one of them. The Rockeoke Party of Replay Jeans was hosted by Stores Specialists Inc.

Knowing my many talents don’t include singing, I got Aia de Leon of Imago to sing for me while I had fun onstage with some Brazilian male models. It all reminded me of how Aia and I also performed on GMA’s “Celebrity Duets” an eternity ago.

And it also gave me the energy to jazz up for the Lady Gaga concert last week. I wore the same Rajo Laurel electric gown that I used at the Tatler Ball—yes, I do believe in recycling. The gown itself was made of PVC plastic and LED lights, with two batteries stored in my handbag to light up the whole outfit.

The Arena at the SM MOA complex is totally world-class! The production, staging and sound were perfect, and I just know this venue will be the future concert place for the country. And the idea to put up an adjoining parking building is genius.

Other outfits this month were for my hosting gig for the debut of Ysa Veluz, celebrated in a grand masquerade ball. Her family all joined in the fun, with parents Zaldy and Nova singing and dancing in the major production.

I wore a colorful floral gown by Hollywood-based designer Oliver Tolentino. Unless one is totally off the grid, then he or she would know that Oliver recently made an outfit for Jessica Sanchez of “American Idol” fame. Oliver’s outfits are totally reusable, and I wore my floral piece when I guested on the megastar’s new “Sharon” show on TV5.

I had my fill of designer outfits this week, what with Philippine Fashion Week Holiday at SMX. Dubai-based designer Albert Andrada made me a crystal, beaded gown, which I up-blinged with SM Accessories.

L’Oreal presented the collection, with other Dubai designers like Ezra Santos, Butz Fuentes and Bandoix Flores strutting their stuff. Young guns like Kermit Tesoro showed us all what the future of fashion will look like. Philippine Fashion Week is a project of Audie and Joey Espino.

Sunday night is another fashion spectacle, as the Bench Show is on at SMX featuring fave designers Rajo Laurel and Michael Cinco. But that is just a teaser as my costume is still top secret.