Having the time of my life in ‘Temptation Island’ | Inquirer Lifestyle ❮ ❯ 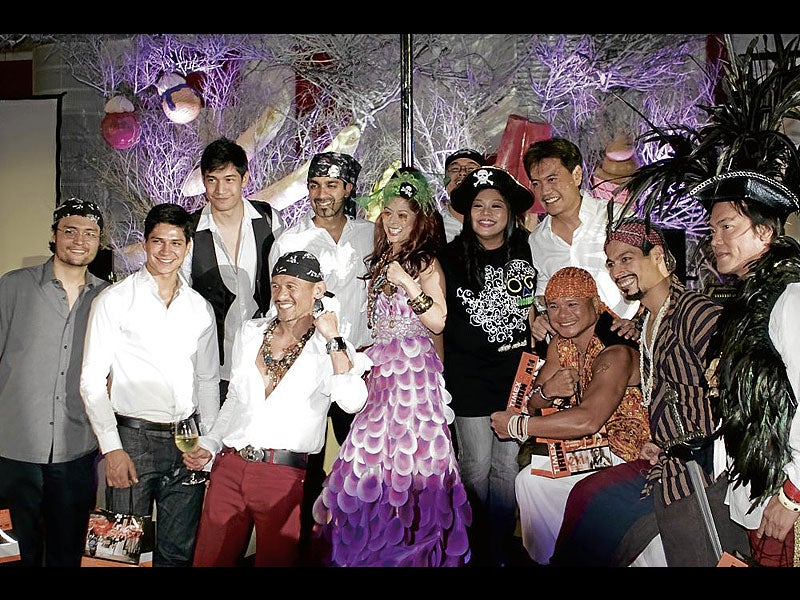 Having the time of my life in ‘Temptation Island’ 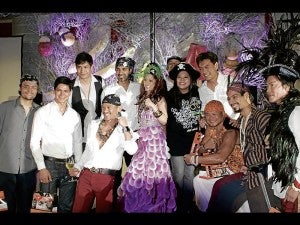 A star is born and her name is Sea Princess! Being in a movie is so exciting, even if my total screen time is less than 10 minutes. When “lights, camera, action!” was called, I promptly got into character (aka myself), and had the time of my life!

Months ago, moviestar-maker Mother Lily Monteverde of Regal Films asked if I could be part of the remake of the iconic ‘70s flick, “Temptation Island.” Obviously, I didn’t watch the original movie, so I thought the role involved being a sacrificial virgin. Luckily the original is also on YouTube, so I quickly found out anyway.

My role in “Temptation Island” was to be the beauty pageant’s co-host, along with social rapper Tim Yap. We both open and close the movie so our roles are quite visible and integral to the story. When we were called for our taping, Tim and I covered one whole dressing room with our voluminous costumes.

For my first scene, I wore a Victorian-inspired, multi-layered creation of Dubai-based fashion designer Albert Andrada. Then, for the final pageant day, I wore an elegant gown by designer Dennis Lustico, which had been previewed at the Red Cross Ball.

The high-energy, high-fashion shooting was completed in about 10 hours, and it took me three hours to dub my five-minute speaking part. Truly, these local artists are so talented and I have a deep appreciation for this challenging profession. At the dubbing studio, sound specialist Lucy Quinto ably coached me with my lines. Lucy told me she is the mother of Carlo de Guzman, an underwater hockey enthusiast like my hubby, Dennis.

Although I took unusually long, Lucy said I was not too horrible and may have potential. She was kind enough not to specify what my potential was for, but maybe that’s why I was invited again for another cameo, for GMA Films’ “Tween Academy” coming next month.

But the first time is always the sweetest, so “Temptation Island” will always be special to me. The premiere opening was so close to Dennis’ 50th birthday that I decided to incorporate the movie into his birthday theme–coming up with “Pirate in Temptation Island.”

The awesome invitation was designed by Adworks Graphics, and has the movie’s five sexy ladies inserted behind Dennis in a pirate costume. A “Save the Date” video was done by Robert Canlas, where he masterfully captured the Pirate and Sea Princess along the rough shores during a June typhoon. I also wanted the birthday-cum-movie launch to jointly premiere the opening of the first e-Games Café in Makati. Dennis volunteered to host the party at The Tents, the event place of Alphaland Southgate Towers along Chino Roces in Makati. This way, we could arrange for the guests to try their luck at the party, on a play-for-charity basis, and then afterwards on a play-for-real basis at the newly opened e-Games Café itself, situated in the third floor of the mall.

Top chef Billy King took charge of the excellent food and flowing drinks to keep all the costumed guests in happy spirits. The Pirate Bar was set up next to the stage that GMA Films fixed using the ice-cream sundae props of the movie.

For the rest of the amazing décor, including giant skulls-and-bones, shrunken heads, wooden witchcraft-looking statues, and pirate paraphernalia, exporter friend Jun Allanigue incredibly arranged the venue in record time. By the time I got to the party, everything was marvelous.

Indeed it was a party to celebrate life and all the other exciting things happening. That evening, we also presented the hosts of our new show on TV5’s “Extreme Makeover Home Edition Philippines.”

The show starts airing in October, but we have started working on the homes of the very lucky, deserving recipients. All decked in pirate outfits, co-hosts Paolo Bediones, Divine Lee, Joby Belmonte and Marilen Faustino proudly presented our show bus as we shouted, “Move that bus!” just like in the original US production. 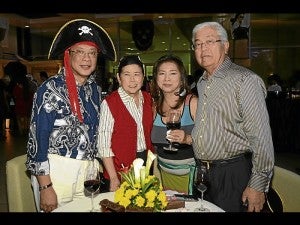 A very special trailer of “Temptation,” with the roles of Tim and me embellished, was shown just for the party. GMA Films’ Tracy Garcia prepped the unique trailer just to excite the guests even more. She also arranged for some of the cast to grace the fun evening.

Mother Lily and her daughter, Roselle Monteverde, were among the guests who enjoyed the evening. One of the highlights, rivaling the famous Cirque du Soleil itself, was the performance of the amazing Polecats, with eight divine pole dancers showing off their stuff.

Girlie Rodis, who uploads photos onto social networks faster than anyone can spell Facebook, captured a lot of the guests, including Alphaland CEO Babes Oreta, who was celebrating his 65th birthday the very next day. Babes graciously came to the party with his whole family bedecked in pirate costumes.

My parties are never complete without games and prizes, so I called on my favorite PR friends to donate prizes. We are so lucky to have so many goodies like Oishi, Rexona and Joel Cruz scents. 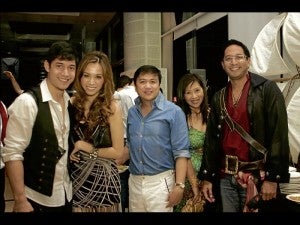 Handsome Victor was one of the contestants in the Pirate Game that my cousin Jon-Jon Rufino won. Another pirate entry, Chot Wong, flew in from LA to be at the party. His wife Emily is a long time friend.

Timex GM Avinash Uttamchandani rewarded all game participants with Timex watches. Jon-Jon was also given extra prizes like Goldilocks and Cupcakes by Sonja.

Most of the guests also sampled the newest meat products in the market: Purefoods Premium Cold Cuts. Special packages with Purefoods German Franks, Salami, Bologna and Spiced Ham were prepared for them to take home and enjoy.

After the hilarious speeches that ended with the one given by our son Bryan Prieto, the program continued with the amazing fire dance of Rachel Lobangco, fireworks and live band music of Version 4.0.

Longtime friend Pinky Amador jammed with the band just like she did at our 15th anniversary. Other friends like Kate Torralba and Dustin Reyes impressed everyone with their talent. They received Swatch watches from Swatch grand dame Virgie Ramos, who came with charming endorser Matteo Guidicelli.

The super amazing party ended with my surprise pole-dancing number that I performed with my visiting nieces Alexi and Audrey Prieto. My event angel, Bangs Zaldivar, made sure there were bouncers to catch us if we slipped.

Let me end this like a movie star and promote my new film, “Temptation Island.” See you at the movies!