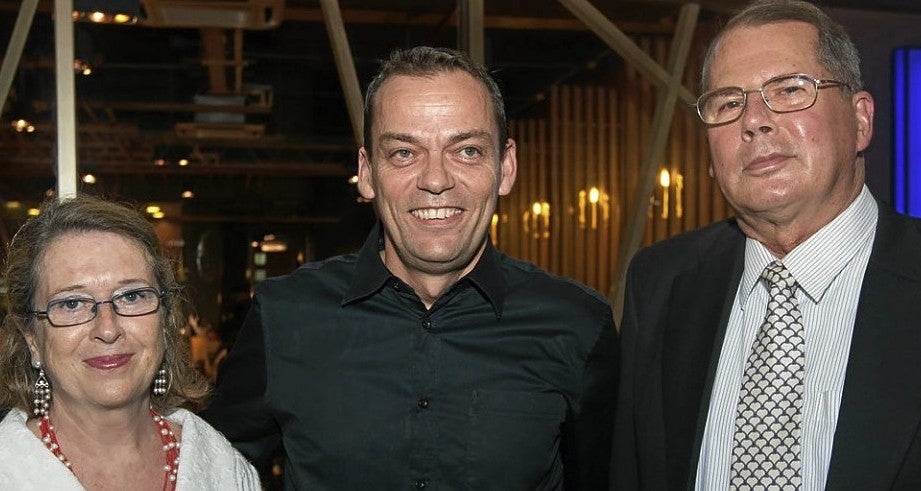 Nokia fanatics were treated to an awesome night when the mobile phone giant launched its Lumia 610, 710, 800 and 900 smartphones at Bonifacio High Street Central, palanggas.

Loads of invitees danced to a remix of iconic Nokia ringtones. DJ Nina Saputil and the international group Jump Smokers took turns on the illuminated stage, playing their awesome electro beats that kept everyone rock and rolling throughout the amazing event.

Hot shots in the event were William Hamilton-Whyte, vice president and area head of Nokia Indochina and the Philippines, and Heikki Hannikainen, ambassador of Finland. They were joined by the Nokia Philippines rah-rah team led by general manager Dharmesh Goshalia and corporate communications manager Nikka Abes.

It was interesting to watch the guests who were users of other brands being challenged in the Nokia Lumia booth. They were shown how they could take photos through their Nokia Lumia phones and share the images through Facebook quickly.

Naturellement, the four Nokia Lumia phones were up for grabs as giveaways that night. The winners screamed in delight as they became the new proud owners of Nokia’s latest phones. They quickly became a trending topic on Twitter. They themselves posed their amazing photos and videos on Facebook, using their Lumia, of course.

Go for it and get the new Nokia Lumia smartphone, natch!

Dusit Thani Manila partnered with Bantay Bata to pay tribute to the mothers of the world. The hotel laid out a benefit-raising family buffet and mounted a children’s fashion show.

“Dusit International’s founder is an 80-year old mother Thanpuying Chanut Piyaoui known across the industry as ‘Thailand’s first lady of hospitality,’” said Danelle Palang, the hotel’s senior public relations officer. “It was her vision, determination and commitment that has built Thailand’s most respected hotel name, Dusit International. Her strong passion, as a mother, fueled her life’s work for over 60 years. This has been one of Dusit Thani Manila’s reasons for supporting this project.”

“We believe that we must look after the children of today so that they can look after the world tomorrow,” said Prateek Kumar, Dusit Thani Manila’s general manager, himself a father of two-year-old Jia Kumar. “Hence, we intensely help charities focused on children, like Operation Smile, Laura Vicuña Foundation and now Bantay Bata.”

The grand highlight was the Children’s Couture Fashion Show, in which children modeled original pieces from our namedroppable designers. The show was mounted together with Lifestyle Asia.

Later, gifts were given to all the mommies by Country Colours, Olay, Villa del Conte Cioccolate, W/17 and Megaworld, dahlings.

Racks at The Fort

When you are in the mood for real good down-to-earth cooking, without batting an eyelash, you should dash over to renowned Racks, which has now spread its wings with 15 awesome branches, dahlings.

Ever since good-looking couple Junior Prieto and Chiqui Martinez Prieto took over the brand a few years back, the resto has grown.

The couple did a complete face-lift of the resto, transforming the interiors from white to “the warm, relaxed and cozy ranch feel of today, while keeping the same to-die-for recipes for the core products that everyone has loved since it first opened in the ’90s,” said Chiqui M. Prieto, dahlings.

No wonder Racks has been attracting regular and new clientele in droves, palanggas.

Leading the guests to the opening of Racks’ new branch in The Fort were former Sen. Jun Magsaysay and Marilou Kahn Magsaysay.

Believe moi, dahlings, the food is better than ever at Racks. Yes, it rocks!

In the June 15, 2012, column on the launch of Porcelanosa Grupo, Kevin Belmonte was identified as a guest. Actually, he was one of the Philippine partners of Porcelanosa. Sorry for the mistake, palanggas.