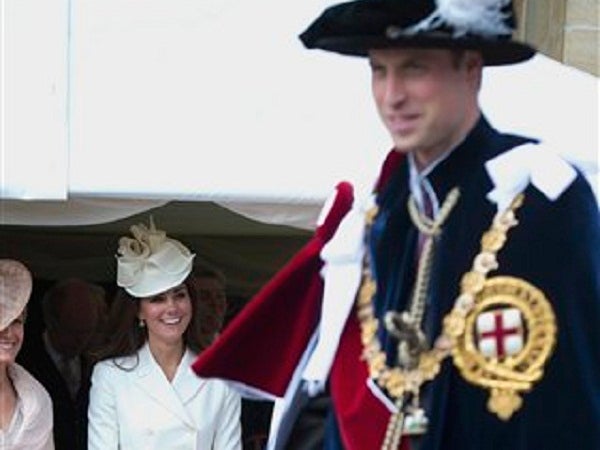 Kate, the Duchess of Cambridge, center, watch as Prince William passes by during a procession at Windsor Castle on June 18, 2012. AP/Paul Edwards, Pool

LONDON— The man who once was among the world’s most eligible bachelors has turned 30 — but things are not so bad for Prince William as he celebrates his birthday with family and friends.

Palace officials say William will mark the milestone in private with his wife, the former Kate Middleton, and perhaps some close friends.

William has been pursuing a military career as a search-and-rescue helicopter pilot while easing into married life and taking on more royal duties.

He and his wife have made a number of public appearances in recent weeks, often representing his grandmother, Queen Elizabeth II, at events to mark her Diamond Jubilee.

William is second in line for the throne behind his father, Prince Charles.