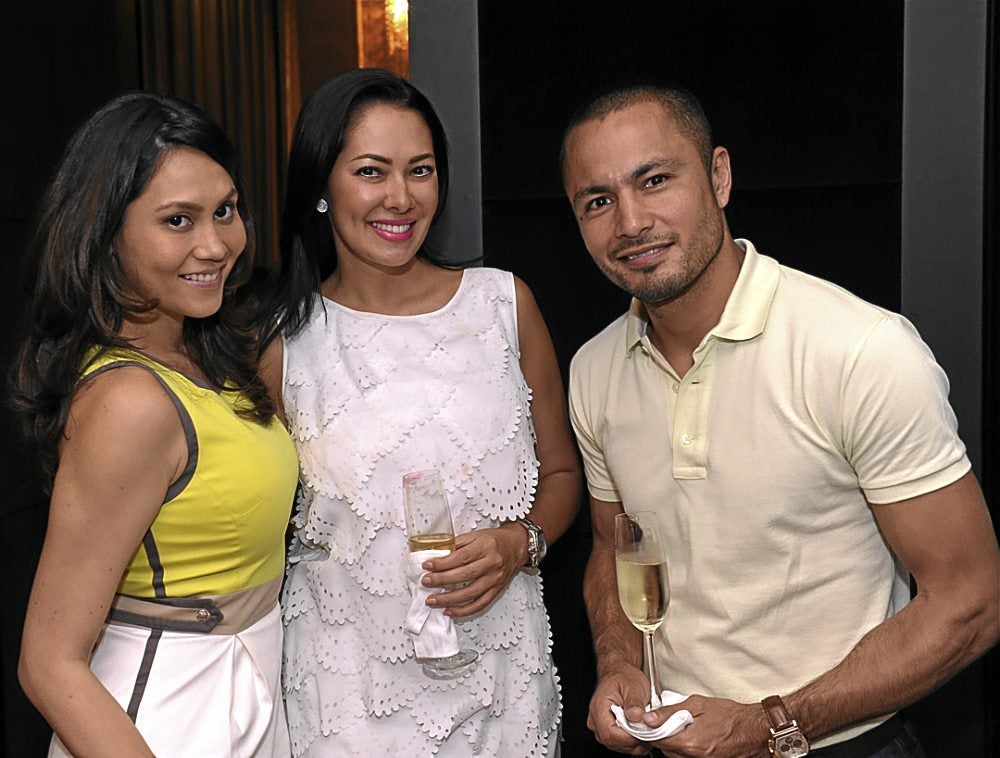 Busy,” according to the Webster Dictionary, means “active and attentively engaged in work.” And that, dahlings, describes my close pal, Jojie Dingcong.

He has an ever growing stable of celebrity stars,  celebrity brands and endless travels. To give him respite, good friends Anton R. Mendoza and Pepito Albert organized a belated birthday bash for him at the former’s home.

Caterer Kai had all the invitees raving over the finger-food during cocktails, such as shimiji pritos, stuffed pimiento de pardon, mini hamburgers  with gruyere, manchego with truffle honey, and cold sangria.

Everything was drowned with wine and champagne, natch!

Our town’s society A-listers were completely charmed by Jojie’s hunks.

A week later, Jojie D. again was given another awesome bash, together with Metro Society editor in chief Raul Manzano, by working socialite Renna Hechanova-Angeles no less, at her mother’s grandioso home at North Forbes Park, palanggas.

Truly worthy of a grand dame, Mely Concepcion Hechanova was decked in bling-blings and was wearing an imperial black beaded kaftan by Josie Natori, no less. Seated beside her was Derek’s mother in a pristine white Valentine number, Medy Ramsay, and her husband, Derek Sr.

A fabulous birthday week, I must say, that is hard to match, at least for now.

Imagine a bashful struggling star saddled with a slimy agent who also happens to own the film studio she works in. Throw in a star-struck and lustful nobleman, plus a hairdresser with a flair for intrigue, and you have the spicy ingredients of “Barber of Seville,” Rossini’s important opera with loads of catchy melodies and brilliant orchestrations, that will enthrall and entertain theater goers at the Cultural Center of the Philippines on July 13-14, both shows at 8 p.m., palanggas.

Rustan’s, Peninsula Manila, and the Italian Embassy are joining hands in making the opera gala possible and a must-see happening, palanggas.

Main beneficiary of  “Barber of Seville” is the Philippine-Italian Association Endowment Fund, which supports cultural events.

Other beneficiaries are the Sister Handmaids of Charity and the Servants of Charity, run by Italian missionaries devoted to the care of the sick, elderly, special children, abandoned and malnourished children.

The proceeds will also support the 2012 tour of the Philippine Philharmonic Orchestra of the Unites States.

You’ll definitely enjoy this awesome opera, dahlings, so be there, since you will also be helping the needy.