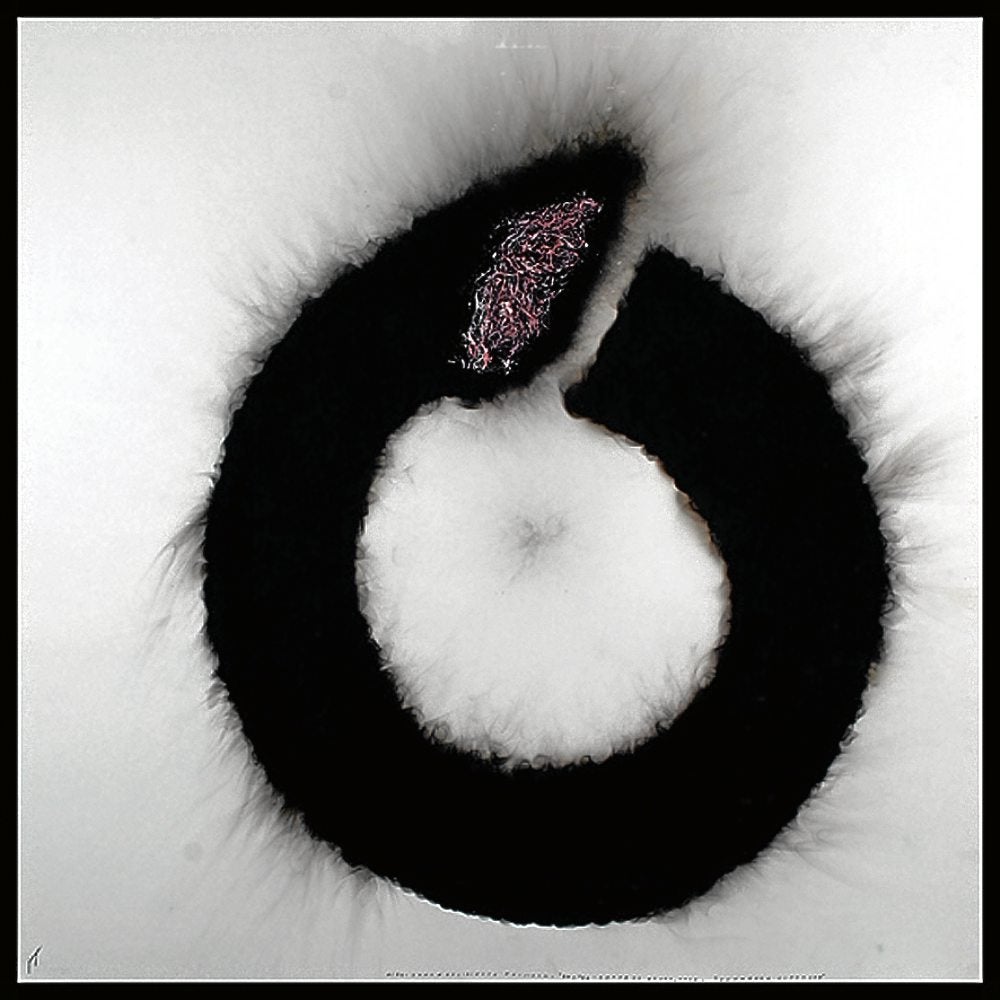 “Sootine” is what you may want to christen Junyee, the appellation adverting to the Jewish Expressionist painter Chaim Soutine. That’s after you have seen the Filipino artist’s recent art production using a most unconventional medium—soot.

Leave those traditional oil, acrylic and watercolor to other artists, no matter that they may scoff at the eyebrow-raising use of a debased medium such as soot, dust garbage, and other mundane materials. Recall that we have already gone through Arte Povera (literally, “poor art”), a most influential movement that has spawned such revolutionary works as sharks floating in a tank; an unmade bed; and dead butterflies.

Not to be outdone, Andy Warhol presented his so-called “Oxydation” series, described as large abstract pictures made by covering each canvas with metal dust suspended in a synthetic-acrylic binding agent, on to which Warhol and his assistants urinated while the paint was still wet.

And so Junyee’s use of soot should no longer provoke any sense of outrage. Indeed, the biggest realization of all is still to come: The cave paintings of 20,000 years ago were done using soot! That fact alone should put to rest the question of the integrity of soot as a medium.

That Junyee should be venturing into soot painting should not even be a puzzle to those who may be familiar with his evolution as an artist. His name is synonymous with installation art in the country, so influential is he that even those who regarded him as a mentor and guru have now made names for themselves. Mention the names Santi Bose and Roberto Villanueva, sadly now both gone, and you get the full import of Junyee’s influence on the younger generation.

As installation artist, he savored and feasted on the use of indigenous material (banana leaf and stalk, kapok, cotton used as stuffing material). All these have been handcrafted to look like creepy insects.

From useless to useful

In a previous exhibition of Junyee’s soot paintings, critic Paul Zafaralla remarked: “Soot, generally dismissed as a useless substance, has become useful in Junyee’s works. Visually the chiaroscuro is engaging. The uncanny use of indigenous materials he gathers on the slopes of Mt. Makiling.”

His soot paintings, bearing titles such as “Bago ang Dilim” and “Bago ang Liwanag,” allude to light and darkness and the gossamer, enveloping atmosphere of day and night.”

In Junyee’s soot paintings currently on view at Galeria Duemila, light and darkness are the secretions of shadows, seared by fire on a field of open pictorial space.

How were these soot paintings executed? The process may be likened to the way Michelangelo painted the ceiling of the Sistine Chapel—flat on his back on a towering scaffolding, with pigments dripping mercilessly on his eye and face.

Junyee, too, works flat on his back on the length of a Spartan long bench. Overhead looms the hanging spread of painted marine plywood, strung from its four corners, in an in-your-face encounter between artist and pictorial ground.

The soot paintings are pure incursions into chiaroscuro (Italian, of course, from chiaro, “clear,” “light”; oscuro “obscure,” “dark”), satisfying all definitions of the term. By the inexhaustible interplay of light and dark, what is activated is space, from a floating emptiness, as in the work “Almost Morning” and “Last Batch of Stars,” or a weighty and roiled skyscape, such as “Night Patch,” “X Matter” and “Nightfall.”

A most striking work is “Memories,” which incorporates the interlacing design of an old and tattered callado woven fabric, with its delicate, ornate tracery. The painting merges the density of the weave and the wisps of an ethereal smoke. The furry streaks around the irregular edges of the fabric are like the brushy exhalation of ebbing glow.

“Dragon Chasing His Tail (Galactic Donut)” engages us with its eerie combination of seriousness, relating to a Zen-like circular form; and humor, alluding to that sweet ring-shaped delight and horror of diabetics. Sheer pitch-black soot in an encircling form, flashing like a rude disturbance of a pristine white field, swells into its own psychic realm.

Staring at it may induce enlightenment in a communal experience of meditation. The irreverent reference to the donut, however, may elicit an unstifled titter.

There are, of course, intense associations with stars, luminous in the dark, celestial skies. Van Gogh’s signature work “Starry, Starry Night” was, in fact, well, the lodestar of Junyee’s earlier soot paintings.

His recent works—titled variously as “New Star,” “Falling Star”—are wrought with scratches and scrapings, clearly yielding unexpected expressive and turbulent surfaces, as though delivered from a deep dark space. What sullen images Junyee can summon from the mysterious, dismal skies!

Still, the strange, haunting beauty of these soot paintings may not be to everyone’s taste. Junyee is one artist, however, who has never succumbed to the blandishments of an art market or the dizzying glories of honors and awards.

Indeed, he is known to have rejected several official accolades. His calm, Buddhist demeanor is almost a palpable manifestation of his sense of detachment from the material.

But much like his “Galactic Donut,” behind Junyee’s placid stance lurks an unfaltering impish humor. Taking a break from the video documentation of the artist at work, he pauses for a photograph, holding a poster on which he has inscribed: “Soot You.”