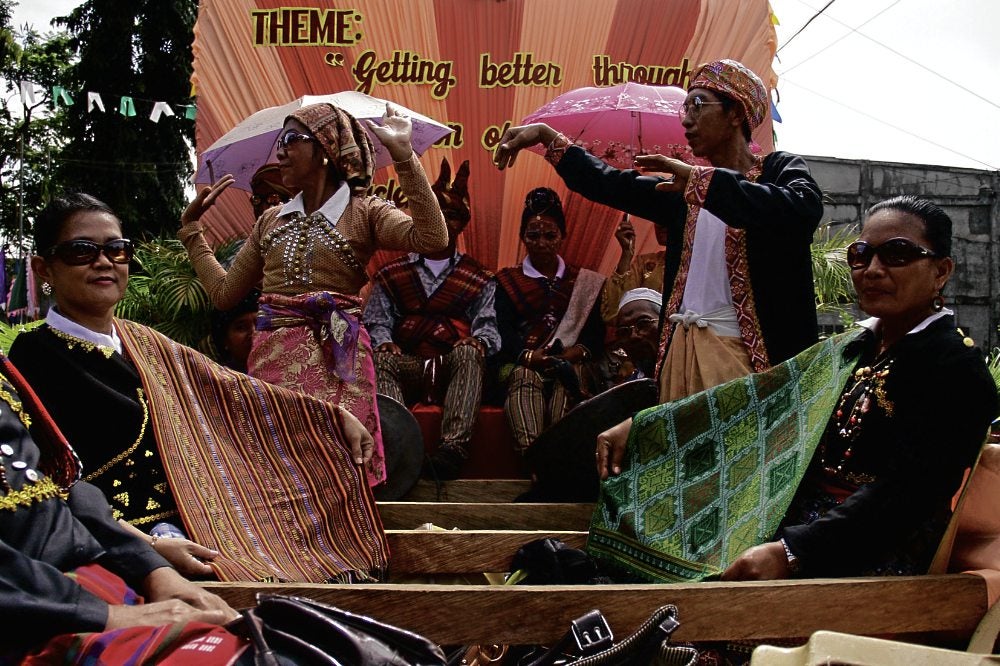 Things have become better for Lamitan in Basilan since the siege in 2001. It seems to have recovered from the incident and a host of socio-economic problems it suffered in the past.

And as a sign that it’s on the way to recovery, Lamitan celebrated the 29th Lami-lamihan festival on June 23-27. Theme was “Getting better through preservation of culture despite obstacles.”

Lami-lamihan is an annual festivity in the city that showcases the rich culture of the Yakan tribe. It also honors the founder of Basilan, Pedro Javier Cuevas, also known as Datu Kalun.

To honor the founder, the local government of Basilan visited Datu Kalun’s grave and conducted a floral offering at Datu Kalun Park.

Lami-lamihan means “merry-making” in Yakan. The festival has been named as such because it celebrates peace and harmony among the Yakans, Tausugs, Muslims and Christians.

Lamitan calls itself City of Harmony.

“This festival gathers the Yakan tribe along with other people who are all Lamiteños,” said Rose Furigay, wife of the mayor of Lamitan City. “This is proof that Lamitan is as peaceful as other places in the Philippines.”

As part of conserving their culture, a Yakan traditional music competition was held. Participants were required to use native instruments such as gabbang, agung and kulintang.

Yakan weavers were given a chance to exhibit their skills in weaving and at the same time educate their audience. A bazaar was set up to market woven products and native items.

People who joined the festival also witnessed a Yakan wedding and the graduation of Muslim students of the Koran, the Islamic bible.

Aside from their traditional music and dances, Basilan takes pride in Uwang Ahadas, a Yakan artist recognized by the National Commission for Culture and the Arts (NCCA) as a National Living Treasure.

Ahadas is a musician who utilizes native instruments such as the gabbang, agung and kwintangan kayu.

At a young age, he and his siblings were taught how to play these instruments. By the time Ahadas reached 20, he had mastered the kwintangan, the most important Yakan musical instrument.

Because of his magnificent talent, he has broken tribal tradition and plays both the kwintangan, which is traditionally an instrument for the women, and the agung, for the men.

Despite being near-blind, Ahadas still continues to educate the people about the music and tradition of Basilan.

In 2001, Lamitan made news around the world as terrorist group Abu Sayyaf occupied the Dr. José Torres Memorial Hospital and St. Peter’s Church, bringing with them the tourists they had kidnapped from Dos Palmas Resort in Palawan.

Since then, the city has exerted effort to erase the stigma of the incident.

Lamitan banks on its tourist sites to reform its image. Its natural wonders include Bulingan Falls, Maalum River and Malo-ong Canal.

Also, the city showcases its tradition and history through Kalun Shrine, its museum of Yakan culture.

The festival this year was graced by NCCA commissioners Regalado Trota José and Alice Pañares.

Along with the Lami-lamihan festival, the city also held the 76th parochial fiesta in honor of St. Peter the Apostle, patron saint of Lamitan.