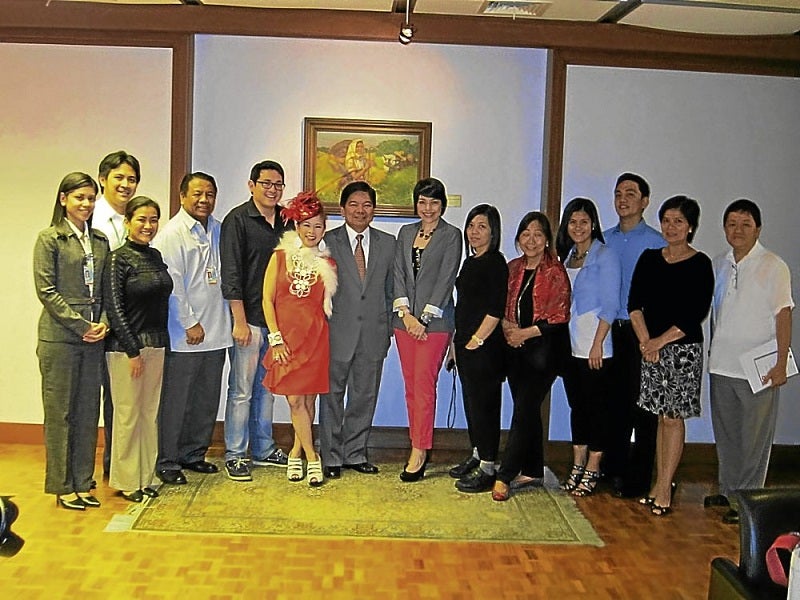 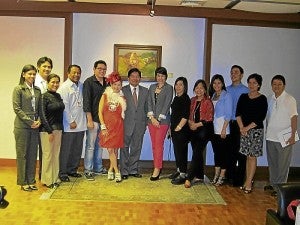 MY LATEST tears were not shed for some cheesy breakup film but for “Harry Potter and the Deathly Hallows: Part 2,” the concluding movie of the decade-long, and phenomenally successful book series by author J.K. Rowling. We all grew up with Harry. So it was only natural that bittersweet tears flowed as I watched the final movie of the beguiling and charming Harry Potter.

In a sense, we all collectively followed Daniel Radcliffe, Rupert Grint and Emma Watson through 10 years of wizardry and fantasy, as they emerged courageous and triumphant in their complex and vulnerable roles. Watching the 11-year-olds grow up was part of the magic.

Thanks to Warner Bros. country head Bookie Soliven, my hubby Dennis and I were among the first in the world to watch the HP finale, at the film’s special premiere at the IMAX Theater in MOA. IMAX plus 3D gives the movie a palpable sense of space and texture, giving life to the digital effects and vivid rendering of Rowling’s most imaginative fancies.

My movie mate for all the Warner Bros. films is Gerard Sison, who comes in costume. He put on his best Dumbledore, while I did my best to be banshee-like Bellatrix Lestrange, my personal fave. Gerard is a cosplay maven, whether it is for a “Green Lantern” premiere or the pirate-themed party of Dennis, where he came as a Naval General. For the latter party, Bookie also arranged for cosplayers like Hank “Sparrow” Palenzuela, who stayed in character the whole evening. Bookie was able to convince his wife Gingdee to be a pirate, too. 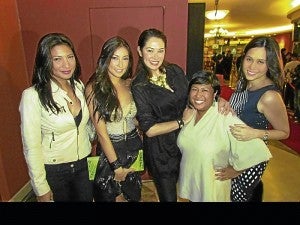 In his own version of a pirate look, seasoned actor Joel Torre came to celebrate his La Salle Bacolod classmate’s 50th birthday. Joel is back to doing epics as he stars in the movie “Amigo.”

The movie is a compelling story of the Philippine-American War—a historical piece with a political statement. The beautiful scenery of Bohol and the meticulous detail of John Sayles’ direction make the film worth viewing.

“Amigo” is released through Star Cinema and distributed by Origin8 Media. It had its premiere at TriNoma Mall just a week before the premiere of “Temptation Island” in SM Megamall.

We should really support the local movie and filmmaking industry. Some excellent indie films are currently being shown at the Cinemalaya film fest at CCP. Our country truly has an explosion of talent, especially in the arts. We already know of so many Pinoy designers who excel in the global fashion scene. 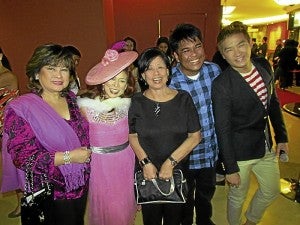 I recently discovered another world-renowned artist, Manny Librodo, whose talents in the world of photography are nonpareil. Check out some of his amazing photos on Facebook.

On the invitation of diving buddy Fredrik Lonnqvist, I joined a Manny Librodo workshop at Fernbrook Gardens in Alabang. Joining me as a model for the shoot was daring fire-dancer Rachel Lobangco, who was sizzling, clad only in silver body paint.

Masterfully covered with silver accent pieces, Rachel was transformed into a metallic diva through the talented hands of makeup artist Bambi Bennett. After her session, Bambi worked on my Venetian and Elizabethan looks, which thankfully involved more fabric.

For the outfits, I called on very creative designer Jan Garcia to lend me some of the gowns used in the “Temptation Island” fashion show. One of the avant-garde capes was so perfect, I wore it again to the finale party of Embassy and Encore.

Club king Tim Yap gave a wonderful farewell speech. Tim has been Potterish as he has sprinkled his nightclub magic on Taguig’s night scene for just about a decade as well. Champagne and Grey Goose vodka flowed until the sun dawned. 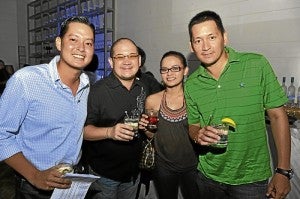 Some of the golfers at the Grey Goose Vodka 3rd Invitational Golf Tournament were partying hard and talked about their splendid round of golf at Sta. Elena Golf Club. The Grey Goose Tournament is a natural fit with the brand’s image as it lights up the fire and competitive spirit, kindling a passion for the sport. Grey Goose manager Bobby Campos and Ito Zamora awarded the winners at the vibrant Opus Bar at Resorts World Manila.

After the all-night partying, I had to keep my mind sharp for the following day’s briefing of the “No to Fakes” Campaign of HP Philippines and Bangko Sentral ng Pilipinas (BSP). This anti-counterfeiting campaign kicks off at the Activity Center of TriNoma Mall on July 20 and 21. Together with campaign ambassadors Bam Aquino, Cecile Van Straten and Pia and Elmo Magalona, we will all be there to help spread awareness.

The two-day affair features national currency memorabilia through the years, and interactive demonstrations on how to determine the authenticity of the newly issued Philippine peso bills. Guests can also swap their old bills for new bank notes. I want to see if I can swap a P20 for a P100 bill! 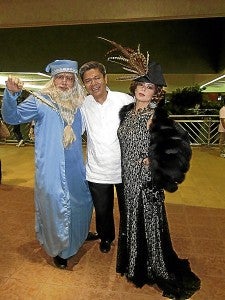 It’s great to see corporations like HP do cooperative stuff with government institutions like the BSP. HP (www.hp.com) is more than just computers and printer inks, really. It’s the world’s largest technology company, and focuses on having a meaningful impact on people, businesses, governments and society.

Right after the briefing, I headed straight to the opening of the photo exhibit of Philippine Tatler’s Nigel Barker exhibit at the Greenbelt 5 Atrium. The noted international photographer and “America’s Next Top Model” judge took photos for the exhibit and July cover of our country’s leading society mag.

The beautiful women photographed by Nigel were Stephanie Zubiri, Rocio Olbes, Valerie Weigmann, Carla Abellana, Heart Evangelista and Pops Fernandez. It was great to see them in full force at the opening.

Tatler’s editor Anton San Diego got Spanish model Abs Abdelkader to join Tim and I in hosting the fun event. Exhibit sponsors include San Miguel Brewery, Stores Specialists Inc., Essenses, Makati Shangri-La, Canon, Best World Beverage Brands and Sony Philippines. Catch it all at the exhibit, which runs until Thursday next week, or better still, just grab a copy of the Tatler.