Having a ‘sparty’ in Budapest | Inquirer Lifestyle ❮ ❯ 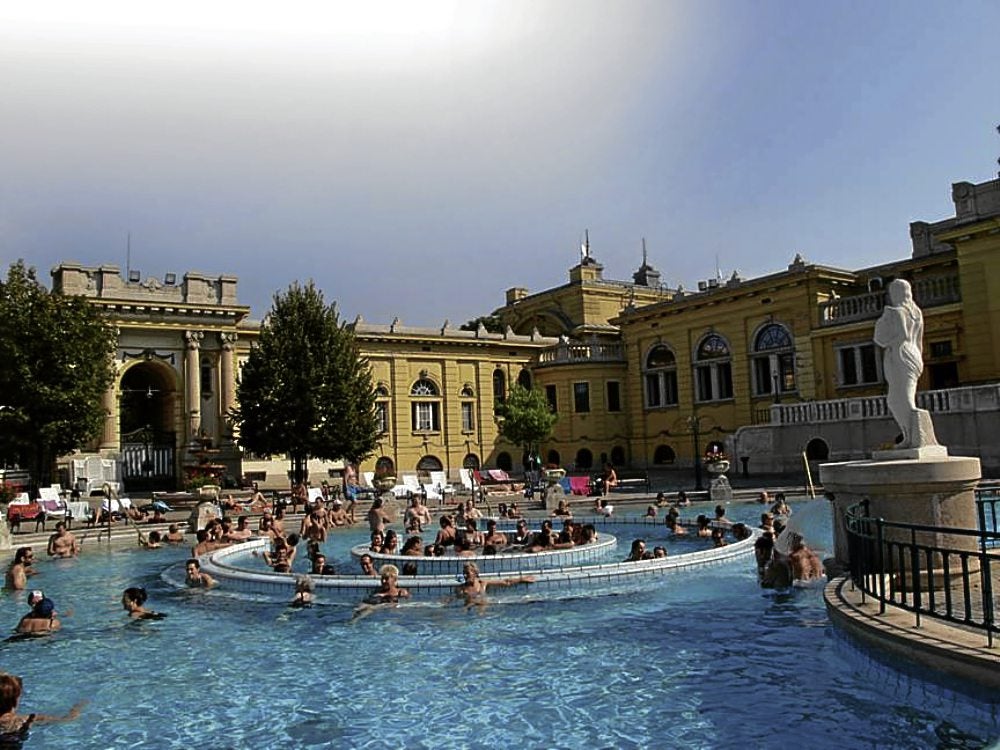 Having a ‘sparty’ in Budapest

The beguiling charm of eastern Europe never fails to attract droves of travelers from all over, including a bunch of spaholics who marveled at the picturesque city of Budapest.

The Hungarian capital is also known as the capital of spas and thermal baths in this part of the world.  With this in mind, we didn’t waste much time, and immediately tried the signature treatments of the palatial Four Seasons Hotel on day one.

Of course, the spaholic way of pampering is not just confined within the grand hotel. Our trip was practically planned out to try the Cinetrip Sparty at  the Szechenyi Thermal bath.

In ancient times, the Romans colonized the area so that they could  enjoy the thermal springs, and the ruins of ancient baths built during those times can still be seen today. Modern baths were constructed during the Turkish period in the 16th century, most of which were used for bathing and medicinal purposes.

In the 1920s, the city recognized the economic potential of thermal spas in drawing visitors, and Budapest became popularly known as the city of spas.

The imposing neo-Baroque edifice that is the Szechenyi Thermal Bath is in the city park. Built in 1913, Szechenyi is the largest medicinal bath in Europe, and is supplied by two thermal springs. Ever noticeable was the endless stream of people who flocked to the outdoor pools, saunas and steam rooms.

Naturally, the thermal bath  is the most popular choice. With temperatures ranging from 74-77 ºC  Centigrade, the therapeutic bath is the central attraction of the entire complex. The steaming water is also said to contain significant amounts of sulphate, calcium, magnesium, fluoride and metaboric acid.

Inside Szechenyi, there are rooms for body massages and scrubs, as well.

Thermal baths play a significant role in the spa world. Relaxing in its own way, soaking in a steam bath has a medical aspect, and is especially effective in treating degenerative joint illnesses, chronic joint inflammations, and orthopedic-related problems.

Though the common impression of most people is that hot springs are for the elderly, it is also suited for active young ones, to improve circulation and relax tired muscles after an exhausting activity.

In addition to Szechenyi’s historical background, equally impressive is how Budapest’s vibrant electronic music scene and club culture were ingeniously fused with their spa offerings. During our visit, we could not wait to experience what the locals call a Cinetrip Sparty.

During this special spa night, the massive complex was transformed into a lively concert ground with up to 2,000 sparty-goers enjoying the bath facilities, while some of Hungary’s top DJs provided rousing music.  The walls become interactive canvases for organic ray paint produced by the very finest artists of the genre, the masterminds of the whole idea of partying in a thermal spa—an awesome idea!

As one guest described it, “It’s you, your swimsuit, your spa buddies and a bunch of strangers, wading waist-deep in thermal waters to thumping beats!”

As we wrapped up our eastern European sojourn in a Pearl of the Danube and headed back to the Pearl of the Orient, we took not just snapshots of the breathtaking sights, but also fond memories of the ancient and modern ways Hungarians enjoy their thermal baths.