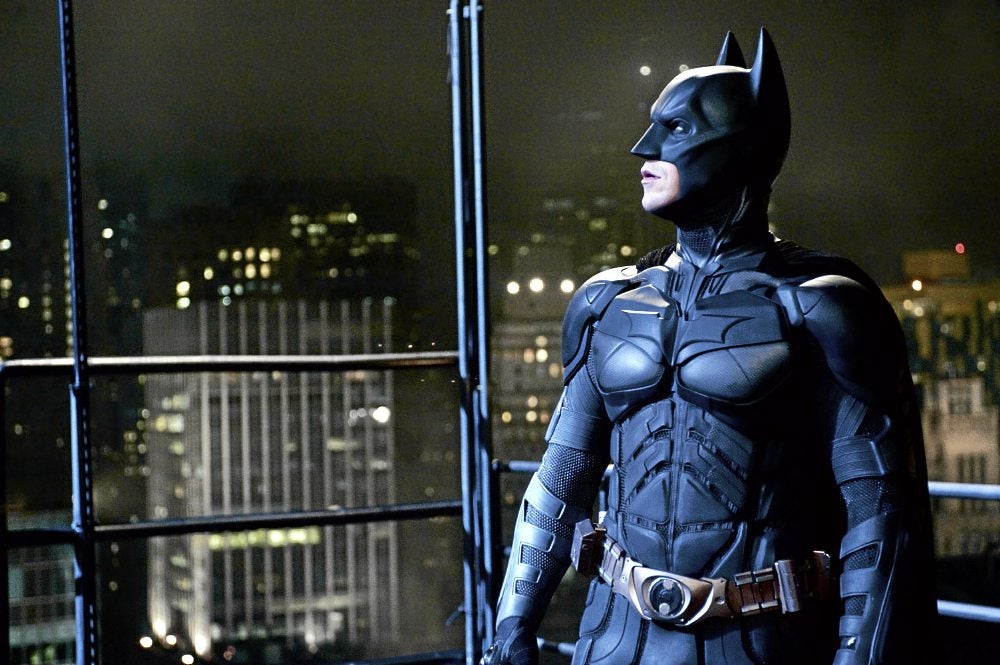 CHRISTIAN Bale’s valedictory Batman portrayal will go out with acceptance.

Christopher Nolan has given us not an end to any legend but a lasting imprint of a man in dire need of redemption—a man, however, who has hidden from this grace, in disgrace, in efforts to keep his city in the bliss of its own ignorance.

He has given us a stretch of hopelessness so vividly drawn which could have wiped out any imaginative faculty we may have been blessed to have, any ability to believe that things could turn out for the better.

Although it may not be entirely Nolan’s fault. Bane does break the Batman’s back, and Bruce Wayne does pass on the cape and cowl. That is canon.

But for the learned in “Batman” text, it may take a lot of strength to see this work, fleshing out perhaps the darkest hour of even the Dark Knight himself, who may have done his most desperate attempt at protecting his beloved city from both physical and financial ruin.

Bane is no ordinary brute. He has superior intellect hiding beneath the masked face, the shaved, veined head. Too advanced, we may say, that he does not anymore dwell on mores.

Everything is a means to an end, even twisting a man’s neck like it was a toy meant to be broken and discarded after it has outlived its usefulness. Coupled with his drug-enhanced physical prowess, he is unstoppable on paper.

So, what is in store for the Caped Crusader? A lot, and nothing, too, it seems, as Bane drives him bankrupt, steals his equipment and breaks the man before turning Gotham upside down—freeing prisoners, rendering the authorities helpless, and sending the “oppressive” rich and powerful down an ice-cold river in pursuit of predetermined sentences.

Bruce’s foremost ally and conscience, the butler Alfred Pennyworth, has had it, too, after trying to impress upon the now-penniless crime fighter that his job description does not include seeing his ward die, a promise once made to the fallen of the very violence Batman is trying to end.

Harvey Dent, erstwhile anticrime crusader, has done more damage to Batman’s reputation in death than he had alive as the villain Two-Face.

And then there is Selina Kyle, a cat burglar whose loyalty depends on her own convenience, whose lure practically hooks the Batman onto the Bane’s fatal trap.

The story really is of Nolan vintage, something to be expected, especially for those who have followed the director’s filmography through the years. With “The Dark Knight Rises,” the filmmaker adds to his string of intelligent but extremely dark films, from “Memento” to “Inception.”

You have his rewriting of the Batman story, starting with 2005’s “Batman Begins,” which spurred a revisionist era in comic book adaptations. He has made us realize that heroes, super or not, have a very human side, one which is not free from pains, one which sheds blood. And he does it so intensely, so real, that he makes every other adaptation seem like a teeny-bopping joke.

The cast members are stellar both in name and performance, but at a certain angle, we can say that they have only been supportive of the visionary director.

Christian Bale’s valedictory Batman portrayal will go out with acceptance, even applause. We expect no more mocking of the lowered, rasped voice behind the cowl.

Beside him, the stately Michael Caine gives another honorably restrained performance as Alfred the butler.

We bet only a few would remember what Tom Hardy even looked like before he put on Bane’s mask. From his fast-talking Eames in “Inception,” Hardy slows down the speech and gives it a more educated vocabulary while playing the giant brute.

His performance deserves the most applause, even if he does break the Bat (which obviously we cannot get over).

“Dark Knight” may be Nolan’s last “Batman” film, but he has made the legend more or less immortal. In the future, another film by another filmmaker may come by to beat “Dark Knight” in terms of intellectual and emotional pull from behind the divide into the world of movie art, but that will be a long time coming.

There comes a time when all great men, or heroes, have their final curtain call. For Nolan’s “Batman,” however, there will be one very long hangover. A craving, if you will.

So, no, this is not where the legend ends. Rather than being sent to the cellars of our minds to gather dust, we dare say this is where it begins to live as one of the greatest films of the generation.