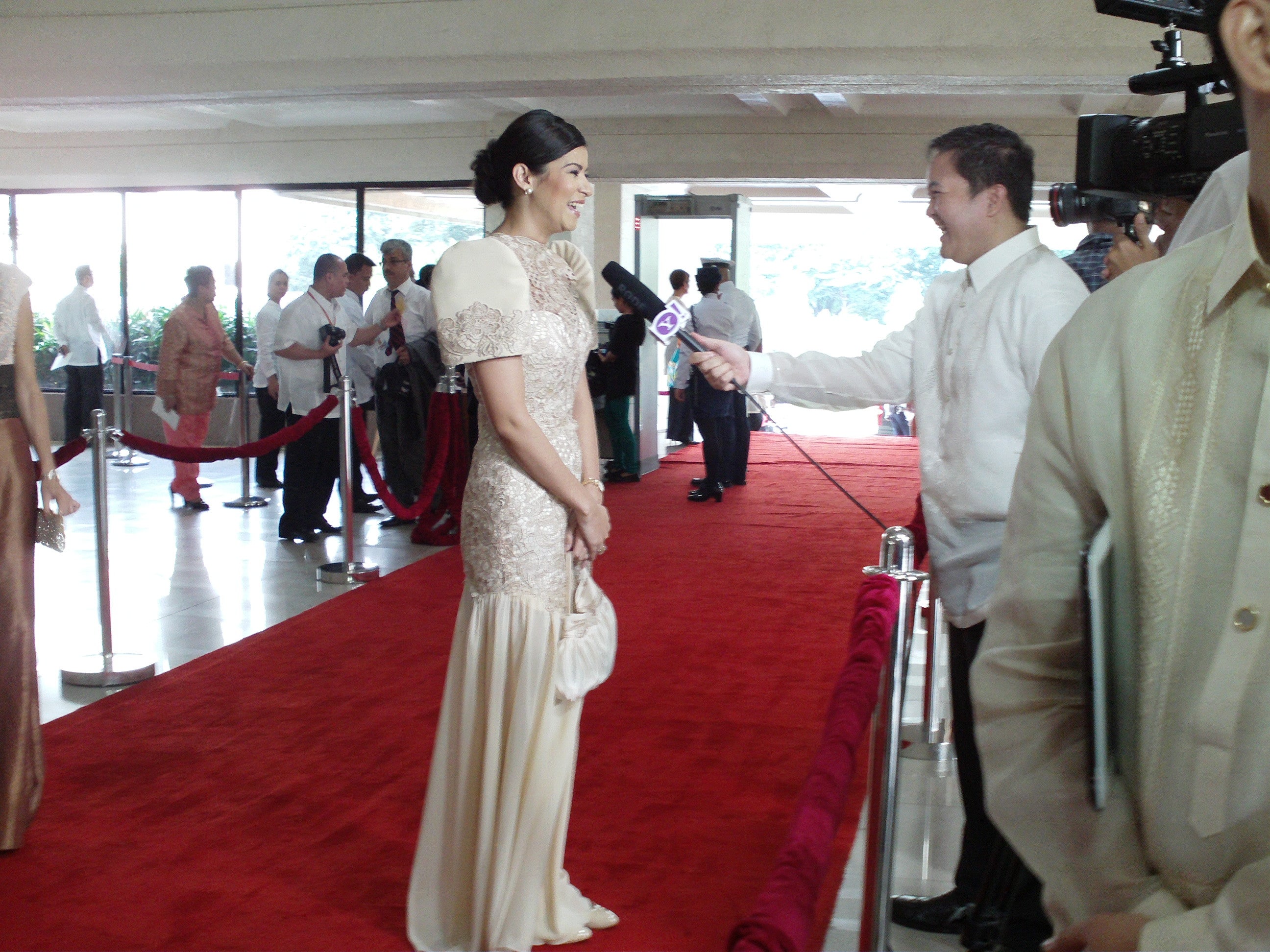 A confident Morales, wearing a simple terno, walked the red carpet without an escort at the southwing lobby of the House of Representative.

She said her dress was locally made.

“Paoay, Ilocos Norte,” the Ombudsman said when asked who designed her dress.

“Double purpose ito. Pangkasalan at pangbinyag (This is for wedding and baptismal rites),” the mayor said in jest.

Actress Assunta De Rossi, wife of Negros Occidental Representative Julio Ledesma, was a head-turner despite her simple beige long gown made, she said, by her classmate.

Not to be outdone were Party-list representatives and their fashion statement.

Meanwhile, Bayan Muna Representative Neri Colmenares revealed that the barong he was wearing was created by a political prisoner/artist from Negros.

The words “free political prisoners” were embroidered on the left side of his barong and the words “Itaas ang pension sa SSS (Raise the pension rates of SSS)” on the other side.