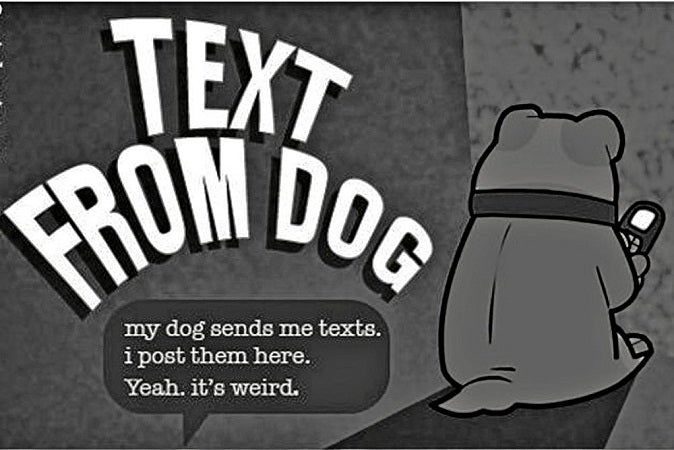 ‘Text From Dog’ book, Mariah Carey on ‘Idol’ and the tragic theater shooting in Colorado 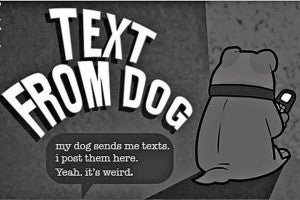 “Text From Dog” soon to be a book

GREAT news from our favorite Tumblr account—the hilarious Text from Dog will soon be available in book format. We can’t say we’re surprised; we knew it was bound to happen. And we’re ecstatic. Now if only Batdog can autograph our copy.

IT’S OFFICIAL: Mariah Carey will soon be sitting on the panel of “American Idol.” We have a lot of questions. Will she be as nice as Paula or will she pull a Simon? Will any of the contestants attempt to sing her hits in front of her? And what’s going to happen to Randy? Is he really just going to be a mentor like he says he wants? CHRISTIAN Bale, who plays Batman in “The Dark Knight” trilogy, surprised some of the victims of the Aurora shooting with a surprise visit last Tuesday. He and his wife visited the memorial, spoke to survivors and their families and met with doctors and nurses, boosting the morale of a community still reeling from the shock of what happened.

And the most striking part is that this visit wasn’t arranged by Warner Brothers; he did it of his own volition, and told the people in Aurora not to notify the press.

“He’s the real Batman,” some people have said. 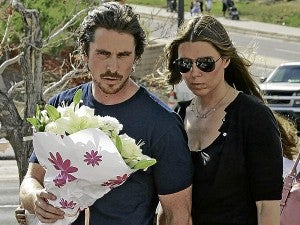 And while we think the true heroes in this scenario are those who gave their lives to save the people they loved, the ones who didn’t leave the wounded even if it meant putting themselves in danger, the first responders, the police officers, the EMTs, the doctors and nurses who saved lives and the people who have shown incredible generosity in the wake of this tragedy, we still think he did a great thing. You’re a class act, Christian Bale.

INTEG3R, an 18-year-old Reddit user, made headlines of his own in the days after the Aurora shooting after he spent hours upon hours collating information about the tragedy—from police scans, early reports, video clips, stories from other Reddit users who were at the theater, to news sites, blog posts, fundraising pages and pictures—and putting everything together in a comprehensive 14-part timeline.

His efforts hit the front page of The Washington Post and was featured on CNN. It’s amazing to see how the Internet continues to change post-tragedy reportage, with journalists live-tweeting from the scene, raw footage available on livestream and laptop-armed college-bound kids acting like a one-man newsroom from the safety of their own bedrooms. 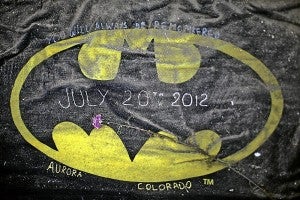 ALL EYES have been on Aurora, Colorado since Friday last week, when the senseless and tragic theater shooting left 12 people dead, 59 wounded and a community shocked. Batman-loving fans had gone to the midnight screening of “The Dark Knight Rises,” expecting to enjoy the last film in the Christopher Nolan trilogy, and ended up facing a very real villain—a 24-year-old neuroscience student who wielded guns and chemical canisters.

Survivor accounts have emerged, and stories of heroism, miracles and  numerous acts of kindness lit up what was otherwise a very dark week. It will be a long wait until the victims find justice—the gunman is in jail, but official charges have yet to be filed and the trial won’t start in at least a year. 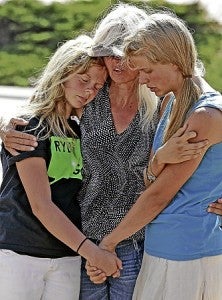 JOSEPH Gordon-Levitt is featured on the cover of this month’s GQ, and while he says he’s thankful for the opportunity, he wasn’t happy with the way the article mentioned his brother’s death.

Amy Wallace wrote, “…the elder Gordon-Levitt died of an alleged drug overdose in 2010.  “It was an accident” is all Joe will say about that.”

And Joseph responded on his blog, writing, “I’ll be honest, it really made me feel terrible. Using the word ‘alleged’ technically allows the writer to say whatever she wants.  The ‘allegations’ to which she must be referring were made by a handful of gossip websites.  They are factually incorrect according to the coroner’s office and the police department.  I don’t like publicly speaking about my brother’s death, but I’m making an exception to correct this irresponsible claim…  My parents and I are disappointed with what the article chose to focus on regarding this sensitive subject.”

GQ has released a statement about the issue, saying, “The magazine stands by its reporting, the facts of which are fully supported—and have been confirmed in detail—by the Los Angeles County coroner’s office.”

While GQ may have facts to back up their statement, we still think they should have apologized.