Los Angeles food is not all healthy and avocado | Inquirer Lifestyle ❮ ❯ 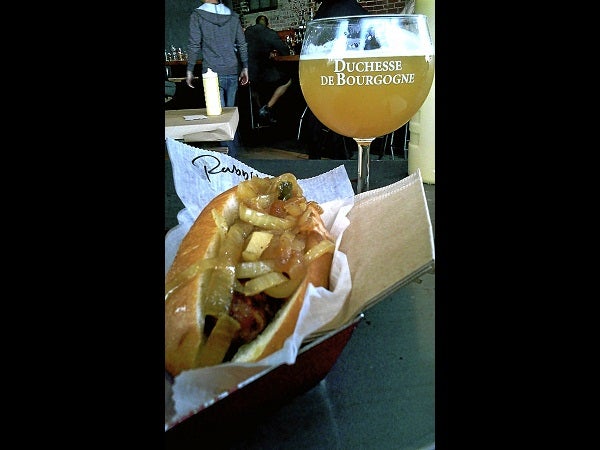 Los Angeles food is not all healthy and avocado 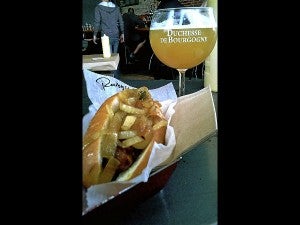 Before anything, let me be honest—I was never a fan of Los Angeles.

Big cities where public transportation is not efficient, available or easily accessible have always been a big frustration for me. I don’t like having to ask people to break away from their busy schedules to take me around and I don’t feel comfortable driving in an unfamiliar place, so LA was never top of mind where spending a holiday was concerned.

All that changed this year when I spent a week and was able to sample a few of LA’s culinary gems.

That’s another thing—Southern California food is not all healthy, and not everything is loaded with avocado.

On the contrary, there is such a wide variety of places to satisfy every Angeleno’s (and tourist’s) taste buds, I felt I didn’t have enough time.

Here are a few places to check out next time you’re in the City of Angels.

Umami/Umamicatessen— Umami was described to me as some sort of “Holy Grail of burgers.” A bit pricey at about $11 up for one of their creations. I was told it’s worth every penny you spend for it. I first ordered the truffle burger—a juicy patty in a brioche bun, truffle glaze and house-made truffle cheese. It had no other condiments or dressing and it was absolutely perfect. I even blurted out that I might have found my burger soul mate.

The Manly burger I got on a separate visit was equally tasty, with salted fried onions, bacon lardons and house made ketchup. Umamicatessen, on the other hand, is like the inception of the restaurant world—six restaurants within a restaurant.  Aside from the usual Umami menu, there is also San Francisco-based “king of offal” chef Chris Cosentino’s Pigg, and a donuts place which features a decadent F&J (foie gras and jelly) donut, The Cure. You can order traditional Kosher deli food. Spring for Coffee serves made-to-order coffee and coffee-based cocktails and The Back bar, where you can ask for everything, from a classic drink to a handcrafted cocktail. 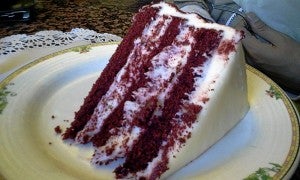 Wurstkuche—You don’t need to be ultra adventurous to try this place out, although when else can you order a rattlesnake or rabbit sausage?

If you find yourself in downtown LA, head over to this no-nonsense eatery, where all they serve are different kinds of sausages, served with your choice of grilled onions or peppers, or both, fries and a wide selection of beers and ciders.

The variety of exotic sausages more than makes up for the fact that there is nothing else on the menu, and there’s definitely nothing boring about a place that serves crocodile meat in tube form.

Try the veal and rabbit for a mild flavor and pair with a cold cider.

Animal—Speaking of adventurous, this place is definitely not for the tourist who defaults to familiar fastfood when traveling. A restaurant where you are not forced to, but actually want to try veal brains and pig ears because it sounds so good on the menu, Animal does not fail to surprise and delight. Orders all come in small-ish plates so order a few and share.

We ordered 12 plates for a group of six so we were able to try most of the menu. Don’t miss the veal brains with apricot puree, tandoori octopus, six-hour Bolognese and polenta, veal tongue with smoked foie gras and crab apple and the oxtail gravy poutine.

For an updated, sophisticated version of our local sisig, order the pig ears that are served with chili, lime and a fried egg.

Sweet Lady Jane—“A lot of celebrities buy their cakes and pies here,” I was told. Well, I wanted to know what the rich and famous’ taste buds were used to so we gave it a go.

Don’t expect dainty little baked goods here. No, at Sweet Lady Jane, a slice of cake or pie is good to share between two or three people. The triple berry shortcake had four layers of cake alternated with frosting and filled with whole strawberries, blackberries and raspberries. The cherry pie was absolutely stuffed with juicy cherries that had just the right amount of sweetness and tanginess, and the red velvet cake was a vision in three alternating layers of red cake and cream cheese frosting. You may balk at the $9 a slice price, but share with a friend to lower cost (and calories) and enjoy!