The CEO cooks –and how | Inquirer Lifestyle ❮ ❯ 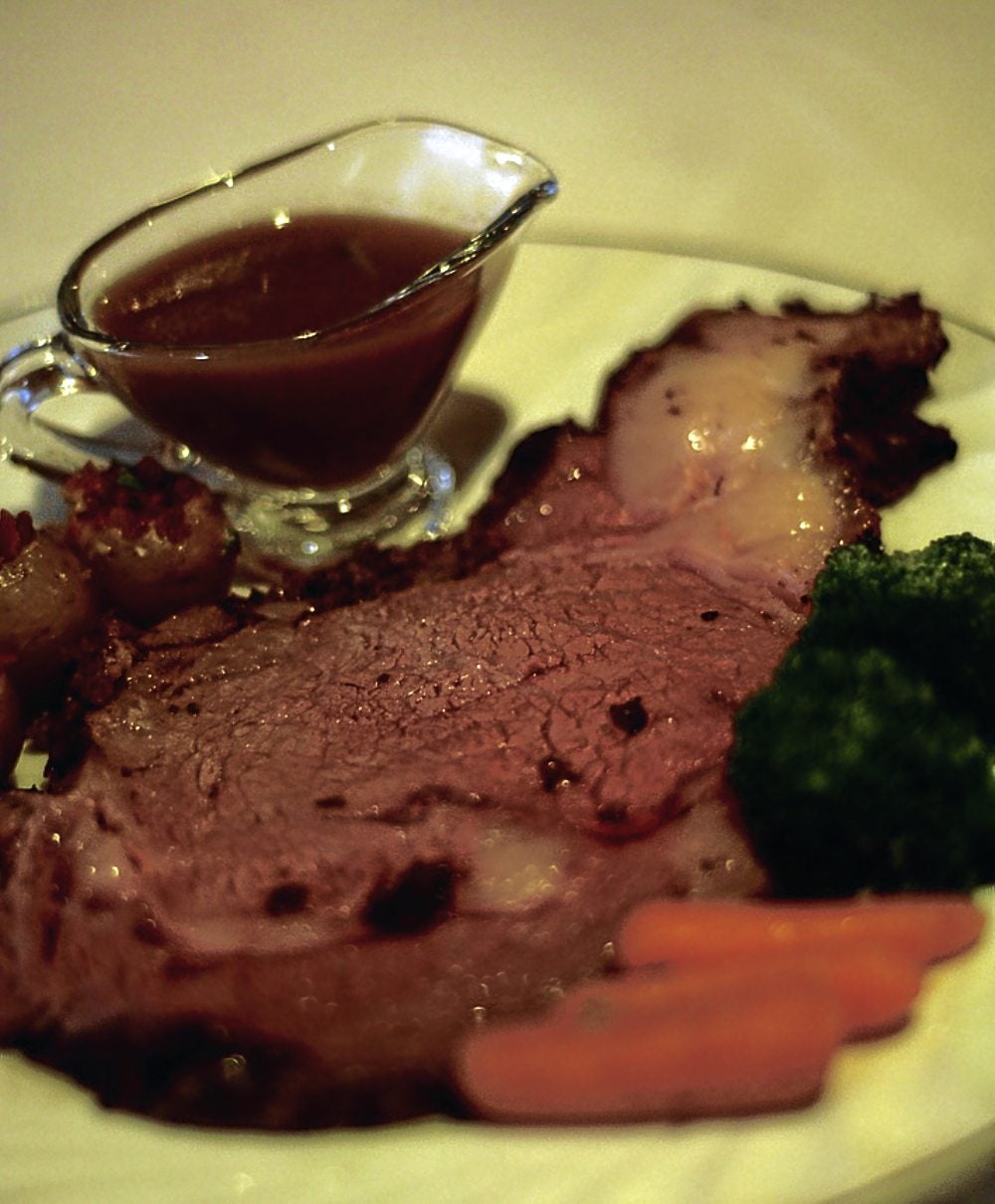 The CEO cooks –and how

Despite the presence of a handful of waiters, a printed menu and an elegant table setting of white roses, candles and heirloom dishes on the airy roof deck, the recent wine-pairing dinner of Landco Pacific Corp. CEO Alby Xerez-Burgos and his wife Maricar was hardly a stiff and formal affair.

Meeting for the first time, their guests—couples Manolo and Maricris San Diego and Joey and Ana Chan, and Alby’s fellow wine-loving cousin Albert Villa-Real—discovered they had many friends and interests in common. It was a relaxed atmosphere filled with endless conversation, food and wine.

Choice wines from his “small” collection of 300-plus bottles accompanied each dish. Slices of melted chocolate cake capped the sumptuous sit-down meal.

While wine pairing sounds like an intimidating undertaking, Alby insists it isn’t, even going so far as to call it “subjective.” Though he’s been known to rate and write notes about the wines he’s tried, “I’ve reached a point where I’d rather enjoy a nice glass of wine with good food,” he says.

Once a self-described “beer and scotch” kind of guy, Alby traces his love of fine wine to the time he met Maricar; the couple started dating in the early ’90s.

Today, the head of the young Xerez-Burgos household stores his wines in three chillers, one of which is in the main kitchen.

Learning to cook from scratch, meanwhile, started three years ago—as a result of his appointment as CEO of the high-end real estate and leisure development company. Looking for a way to keep his mind off work, he tried watching TV, running and playing badminton, all to no avail.

The passion for food was inevitable. Besides the fact that he loves to eat, Alby has been reviewing restaurants for Philippine Tatler since 2006.

“And cooking shows are the only things we watch on TV,” he said with a laugh. “When Maricar commandeers the remote control, that’s it!”

Observing how chefs made cooking look easy, he figured he could do the same. “I told myself I should at least know how to cook. It gives me some credibility as a restaurant reviewer,” he said.

Unlike Maricar, who bakes, cooks and can replicate a dish even after eating it only once, Alby is a stickler for detail, following cookbook instructions to the letter.

Steaks are his specialty, and for this dinner, he took the advice of chef Miguel of Club Punta Fuego. To achieve a truly succulent steak, “cook at a very low temperature for a very long time,” he recited.

These days, if the Landco CEO has been cooking less, it’s because business “has been getting better and better,” he said with a smile.

Let’s not forget the 20 lbs he gained from his new pastime. They cleaned their kitchen of high-fat processed foods and now maintain a healthy diet during weekdays.

As to how he deals with stress today, the man whose company touts the brand promise “Life at your leisure” has simply learned to live with it.

“When you’re CEO, it’s hard to make boundaries,” said Alby, who took in business calls while he cooked dinner, and squeezes in a routine inspection whenever he and his family spend weekends in the company’s beachfront leisure properties. “You just have to make the most of your time.”

Which was exactly what he did during the dinner. Watching Alby meticulously plating the guests’ soups and steaks, and swirling his glass of wine as he listened to friends converse, it’s obvious that he has achieved balance in his life.

“I love what I do in Landco,” he said when asked if he’d like to get into the food business. “Cooking is something different. It’s an added dimension to my life.”

It’s a dimension his kids—well, most of them, at least—are into as well. Eldest daughter Cara, 14, bakes, and seven-year-old Mariana and Andrea, 3, are proving to be helpful kitchen assistants.

Indeed, there’s much to be gained for a guy who knows his way around a kitchen. “Definitely,” said Alby with a hearty laugh.