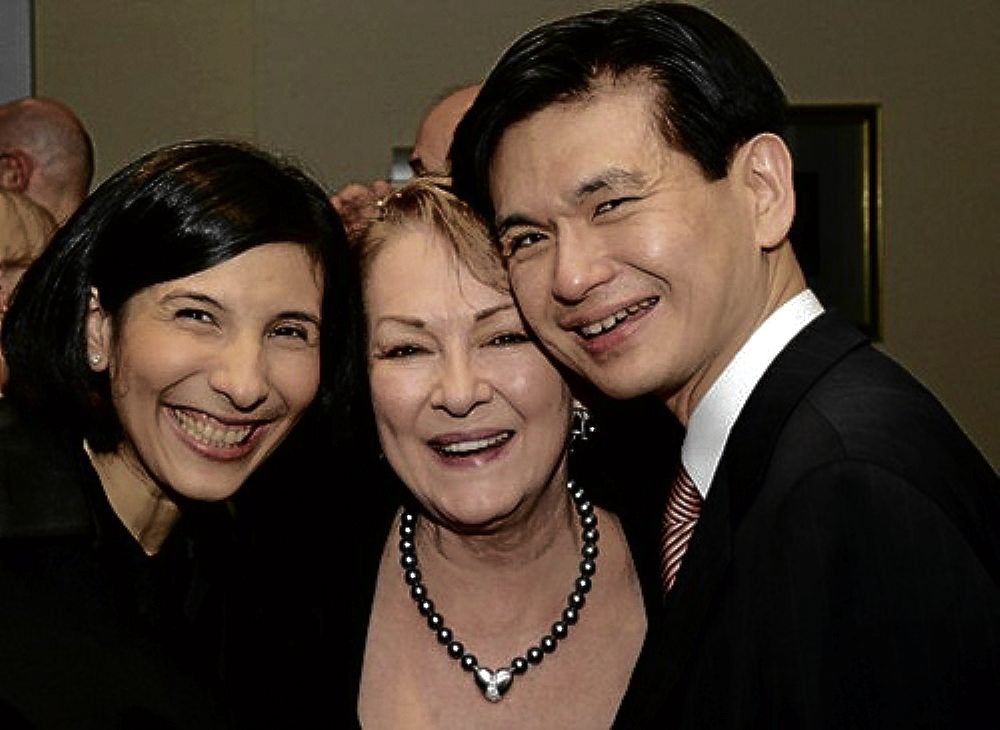 Remember the young composer who did “La Gitana” at the Manila Metropolitan Theater with ballerina Vella Damian dancing to his music?

Remember the soprano who sang Maria Clara in the last staging of Felipe Padilla de Leon’s “Noli Me Tangere” with the Sisa of Luz Morete and the Ibarra of Nolyn Cabahug at the CCP?

I am referring to the now Berlin-based Filipino composer Jeffrey Ching, whose critically acclaimed opera “Das Waisenkind” (“The Orphan”) was awarded the Zuschauerpreis (Audience Prize) for the Best Opera Production of 2009-2010 at Erfurt Theater in Germany.

If you didn’t know it yet, Ching happens to be the husband of soprano Andion Fernandez. They are now proud parents of a boy and a girl.

Ching’s “Das Waisenkind” not only got the German audience’s nod; it also became a vehicle for a fruitful musical partnership with his wife, who sang the major role in the opera.

It is work in two acts based on a 14th-century Chinese play and its European transformations at the hands of Voltaire, Goethe, and other Enlightenment dramatists.

The music is described as a new kind of multicultural music-theater that is yet rooted in Eastern and Western traditions. It features a libretto in seven languages; a large orchestra of both conventional and electronic instruments; and a mixed cast of opera singers, speaker, mimes, chorus and dancers.

As it turned out, Ching found a more receptive audience abroad for his contemporary works.

Manila loves Verdi, Puccini and Donizetti, and anything that smells of  Stravinsky and Bartok, and in-between are likely to be waylaid in the CCP  box office.

“It is difficult to judge the premieres one has staged oneself, because one is somehow restricted by one’s preoccupation with them.  But I would say spontaneously: ‘The Orphan’ was chosen by the audience, the opera won the Audience Award of the Society of Theater and Music Lovers of Erfurt for the 2009-2010 season.

“I find the music of Jeffrey Ching subtler, more exploratory and enriching than that of Philip Glass. The instrumentation alone was a great experience for listener and spectator, although from the point of view of the story the audience can identify better with ‘Waiting for the Barbarians’ than with the mysticism of Jeffrey Ching.”

Another good music news is that the Shanghai Philharmonic has made available its video recording of the world premiere of Ching’s Symphony No. 4, “Souvenir des Ming,” conducted by Dmitri Jurowski at the 2006 Shanghai International Arts Festival.

Another commissioned work will be performed in the same Hong Kong festival in 2014, this time with the Moscow City Symphony/Russian Philharmonic Orchestra under Jurowski.

Next year, Ching’s “Fantasia Super Verleih uns Frieden” for soprano, choir, organ and percussion will also have its world premiere in Berlin, and his qi-cento (three pieces for soprano and piano) will have its first performance in Singapore with Andion and Albert Tiu on the piano.

Fernandez, a student of Fides Cuyugan-Asensio, has been soloist of the Deutsche Oper Berlin since 2001. She studied in Berlin under Karan Armstrong, Ira Hartmann and  Aribert Reimann.