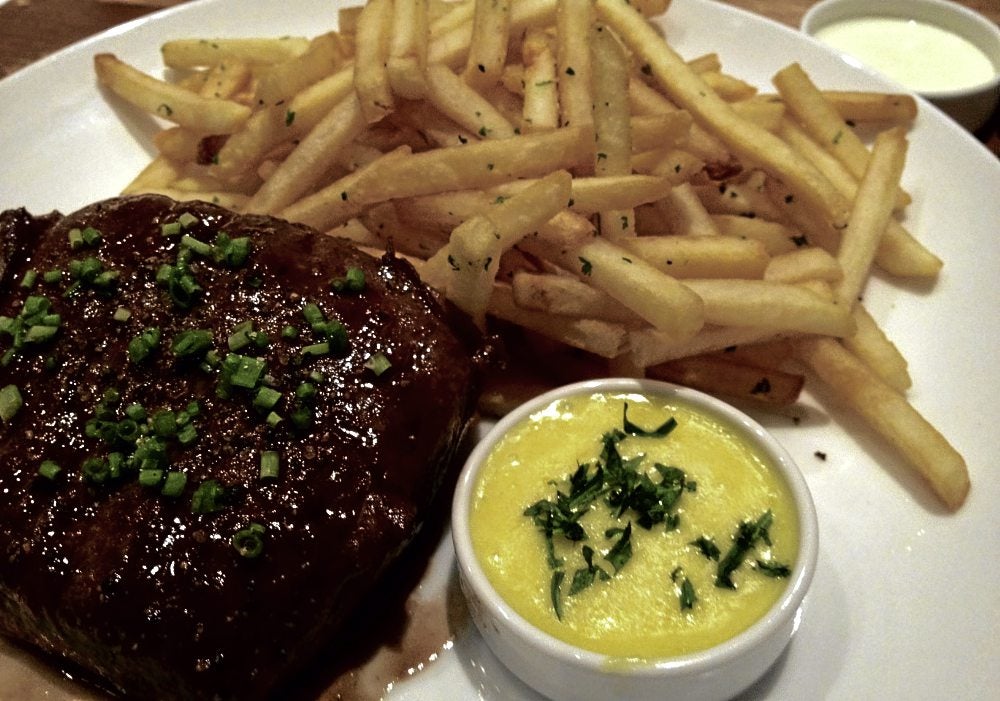 What is the difference between a café, a bistro and a restaurant? I’ve heard that these days it’s fashionable to mix it all up, like the unfathomable dress code of “smart casual.”

But, really, the pedant in me has to take a snipe at excessive grandiosity or modesty. A restaurant is, well, we all know what a restaurant is. A bistro is an informal restaurant.

A café is not a less formal bistro. It’s a very special kind of beast, and its informality doesn’t mean casualness or sloppiness. It means friendliness and regularity. One doesn’t dine in a restaurant every night, especially the same one. But one of the glories of urban life is, or should be, the availability of the café, where you can go and read the paper every morning, and the waiters give you a friendly nod, and you can expect that the quality of the croque madame will be the same today as it was last week or last year.

Revolutions were hatched in cafés. It was after the aristocracy was beheaded that the unemployed chefs set up restaurants.

Wildflour, at 26th and 4th in Bonifacio Global City, has the potential to be a café. It has the kind of menu a café should have, presented in a fixed-width typeface on a mimeographed-looking sheet that reminded me of elementary school examinations. I don’t know if this was a quirk of being new or deliberate whimsy; in any case, I liked it.

They had pork rillettes and escargots, the latter properly plump and earthy and not a piece of gum in a pool of butter.

The bone marrow had a bit more structure than the way I usually have it, but it’s the right texture to scoop out over bread; the baguette that accompanied it was the best piece of bread I’ve had in a very long time.

Even the salad was good.

For mains, I had the steak-frites at P760 because it seemed to be the better deal compared to the P3,600 prime rib. I’m quibbling a little when I say I found my slab of wagyu slightly underseasoned and the fries slightly over-salted; I guess the idea is to have them together.

But salting the protein liberally before cooking it brings out the flavor in a way that salting afterwards can’t make up for, a problem of many American restaurants, where they cook for a clientele with a milder salt palate.

I loved the little touches. The butter comes in butter dish, a little ceramic pot with a concave cavity filled with the good stuff. There was a hollandaise or béarnaise with the steak: not quite acidic enough to be the latter, but what a gloriously retro treat!

The affogato was not the usual affair of espresso poured over ice cream, because that tends to reach the table a homogenous mush in our climate, but was crystallized as a sorbet.

The lighting mimicked the casualness of a café but the bare bulbs were turned down low, while the actual illumination came from soft recessed lighting behind the banquettes.

It’s been blogged about, Tweeted about and Instagrammed about so much that they hardly even bother to maintain their Facebook page, which only goes to show that quality trumps a team of social media PR experts any day. And people are expecting great things from the chef, with his credentials of Alain Ducasse and El Bulli.

But all this pressure, expectation, queues at the door, see-and-be-seen popularity (accentuated by the aquarium-like glass walls, which means that not only the people inside can see you, but people passing outside can as well) defeats the point of it being a café.

I wish there were one near my building; I would have lunch there every day. I like that the food isn’t overly ambitious, and that it’s simple food done well. The fact that it’s Manila’s hottest restaurant of the moment only goes to show how rarely we get that, rather than mediocre show-off food.

Everyone loves a great café. What a shame, then, that Wildflour is such a rare specimen.