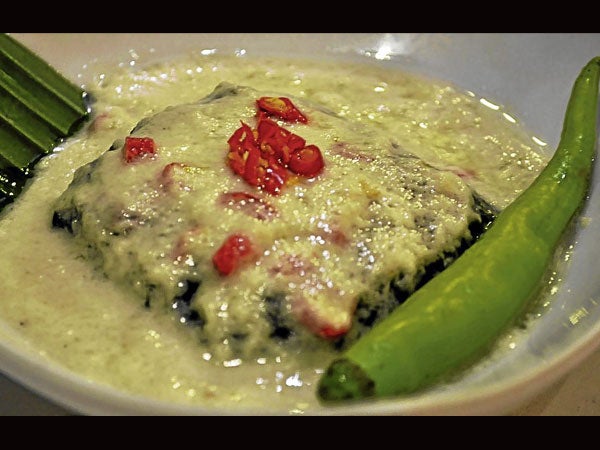 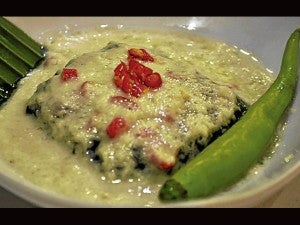 “Proud to be Pinoy.”

This is the battlecry of the husband-and-wife team of Andrew and Sandee (Siytangco) Masigan as they have taken to heart their Filipino culinary heritage by opening a straight-forward Filipino restaurant, X/O 46 Bistro Filipino.
It serves old-fashioned, home-cooked meals typically prepared during the olden times.

Or, as the veteran couple in the chow business describes their food, “the way our lola’s lola would prepare the food.”

“Everything about this restaurant is a celebration of our heritage,” says Andrew. “We want to depict an old-world service; how things used to be done then, wherein everything was gracious, slow-cooked and properly prepared.”

X/O 46 is quite different from the many Filipino restos in how it attempts to revive traditional food Filipinos grew up on—comfort food at its best. 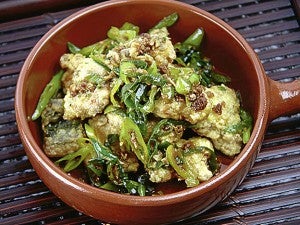 At the door of the 50-seat restaurant, servers in baro’t saya and barong tagalog usher diners in and greet them, “Magandang araw, señor/señora.” They wear spanking clean white gloves when serving food.

“The whole place is supposed to take you to that laidback Sunday morning of the olden times,” says Sandee. “People who come here just don’t eat and run. They linger because it is homey and special in a way they like.”

X/O stands for extra-ordinary place, service and food. 46 is the year Filipinos gained independence after the American Commonwealth.

“That’s what our culinary heritage is—extraordinary, fascinating, comforting and complex,” Andrews proudly says. “We studied thoroughly our legacy as a country and we came to appreciate the fact our cuisine is one of the few that has different complexions and nuances.” 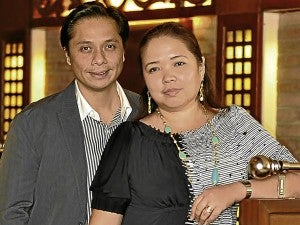 There are Spanish specialties, too.

Andrew says, “We were under the 300-year Spanish colonial regime. There was, indeed, a big influence in the way we prepare our food. In the restaurant, it’s more like merging the best Spanish and Filipino fare.”

Heirloom recipes are the come-on. Sandee’s dishes put to use her Ilokano, Kampampangan and Bicolano influences, and Andrew his Ilokano (Isabela) and Spanish influences. Executive chef CK Kalaw, Andrew’s nephew who trained at Le Cordon Bleu in Sydney, Australia, helps in the execution of the recipes.

Instead of serving crusty rolls and butter on the table, the meal starts off with a plate of freshly made puto (ube or pandan) complemented by crab aligue and pineapple-coconut butter, and a refreshing glass of salabat sa tanglad.

The delicious callos carries the aroma of the chorizo bilbao blending subtly with the ox tripe. Sandee claims their callos is closer to the one they’ve tasted in Spain and it’s the same kind of callos prepared in Andrew’s house when he was growing up.

“When Pinoys make callos they add a whole lot of chick peas or garbanzos. The real callos is practically all ox tripe and stewed the whole day so that all the flavors come out. Others are used to putting tomato sauce or paste. We don’t. We just add three kinds of sausages—chistora, morcilla and bilbao.”

Piece de resistance is the bangus salpicao, a warm bowl of bangus belly cuts bathed in extra-virgin olive oil with lots of garlic and shallots. The fried belly cuts are crunchy outside and juicy inside. It’s very Spanish in origin but it hints of Bicolano because it’s a bit spicy. 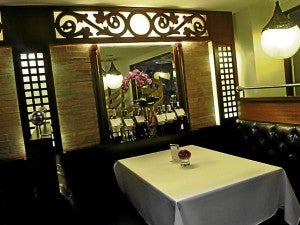 The bangus belly melts in the mouth, overwhelming the taste buds with its strong flavors.

They don’t serve calamares, but they have Chupitos Fritos (fried crispy squid) and Chupitos Al Ajillo (squid in olive oil).

Rabo de Toro, one of X/O signature dishes, is an ox tail braised and stewed in sherry wine. But what makes this stew so good is that the fat from the meat slowly melts away during cooking and gets combined with other ingredients, making a very rich and savory sauce. It tastes as good as it looks.

Gambas Al Ajillo is more than just shrimps drenched in olive oil. Andrew’s family hailed from Toledo, Spain, and they prefer their gambas to have more seafood flavor. Apart from olive oil, garlic, salt and chili, the gambas have clam broth, just like in Spain.

“Gambas are not all about garlic, it’s the crustacean taste,” says Andrew.

For main course, lechon kawali tops the list. The recipe comes from Sandee’s mom, Deedee Sytangco, who usually cooks it in her weekend home in Tagaytay. (Deedee used to be the spokesperson of President Cory Aquino.)

“It’s always four days in the making, from boiling and drying to freezing and frying. We don’t take short cuts,” says Sandee.

A winner is Ampalaya con Tinapa—stewed in coconut milk until it loses its bitterness, replacing it with creamy, smooth flavor. It blends well with the smokiness of tinapang bangus. 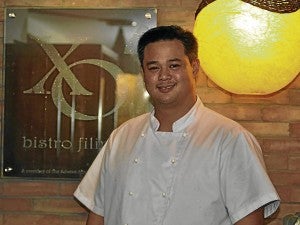 “We cook these dishes a lot in our own home,” says Sandee. “They are heritage recipes.”

Be proud of it

Since it opened last month, X/O 46 has been getting good reviews and has been packed lunch and dinner. It has also been booked for private functions.

“We should really do something to present our cuisine in a manner that is more elegant, upscale, inviting to foreigners or people who have been exposed to restaurants around the world,” says Andrew. “It’s time we took a step forward for our culinary heritage… for our cuisine to take its place in the world.”