CALL them beckies with hearts of gold. Last Monday, they went to Prive decked out in gorgeous gowns for Shahani Gania’s The Evening Gown Competition 2012: The Drag Queen Charity Ball. Martin Bautista and Redd Paule won Miss Best In Evening Gown while Jigs Mayuga was crowned Frist Princess. The event was able to raise P50,000 for calamity victims. No doubt about it—these queens are beautiful inside and out.

RELIEF efforts for flood victims continue and there are many ways to help. If you want to know how you can contribute, visit ReliefPH.com, which is run by siblings Joel Santiago (@joelsantiago) and Katrina Stuart Santiago (@radikalchick). Joel, who was on vacation from the Hague when the monsoon hit, built the site. His sister Katrina provided the content. They said, “Our goal was to come up with something that would be updated as information for needs came in via social media. The task was to make sure that all info could be verified by pointing to a Twitter handle, website or Facebook page, and later on to the spreadsheet of DSWD.” YOU DON’T have to be in Mall of Asia Arena to hold a concert. One girl proved that all you need for a good show is a Magic Sing mic and crazy vocal chops. Someone filmed Zendee Rose Tenerefe’s rendition of “And I Am Telling You” at SM Megamall and posted it on YouTube. Soon, the video had amassed over a million views. Now, the aspiring singer has her own Facebook fan page and has appeared on TV (watch out for her on Party Pilipinas on Sunday). 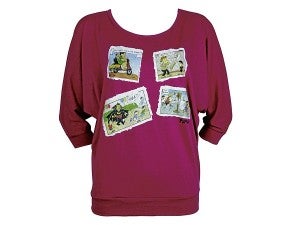 SOLO launched its newest Cartoonist Memorabilia Collection yesterday and we were happy to know that it was inspired by Pupung, one of our favorite Pinoy comic strips. The collection, which includes shirts, jackets, pouches, coffee cups and watches, are now available in Solo stores nationwide. 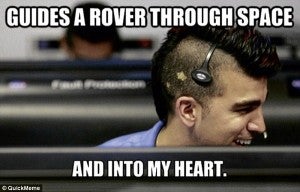 We have our eyes on two National Aeronautics and Space Administration scientists—Filipino-American Gregory Galgana Villar III, who is one of NASA’s youngest engineers on the Mars Curiosity mission, and Bobak Ferdowsi (also known as Mohawk Guy), a Mars rover flight director who has received numerous marriage proposals from infatuated fans. Okay okay, our teachers were right: science can be sexy.

WE WERE shocked to hear the story of Jason Infante, the 18-year-old Sangguniang Kabataan chairman who was killed last Sunday. As if his untimely death wasn’t painful enough, his family discovered that his eyes had been taken for donation without their consent. They intend to press charges against the Eye Bank of the Philippines. 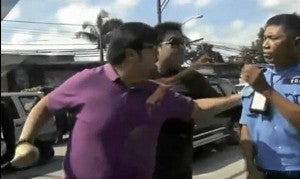 UNLESS you were hiding under a rock this past week, we’re sure you know who Robert Blair Carabuena is. The HR executive shot to notoriety after a video of him mauling Metropolitan Manila Development Authority enforcer Saturnino Fabros went viral. An online witch hunt ensued, with netizens putting up hate pages on Facebook, digging up his photos and plastering his personal information (including his address and phone number) all over social networking sites. Clearly, no good comes out of violence.

TITO Sotto and his staff earned the ire of the online community when people realized that parts of his anti-RH bill speech had been lifted from the blog TheHealthy HomeEconomist.com. In a pathetic attempt at an apology, Sotto’s chief of staff Hector Villacorta posted a comment on blogger Sarah Pope’s page, bringing up Jose Rizal and saying, “Who would you like to crucify for this oversight?” and “Be on our side.” Pope replied, “I don’t like that my blog was used without my permission against the education of the women of the Philippines and their reproductive rights. That is the issue and it was indeed plagiarism.” And to Filipino women, she had this message: “I am terribly sorry my blog was used and twisted against you.”