5 things to remember before getting that pixie | Inquirer Lifestyle ❮ ❯ 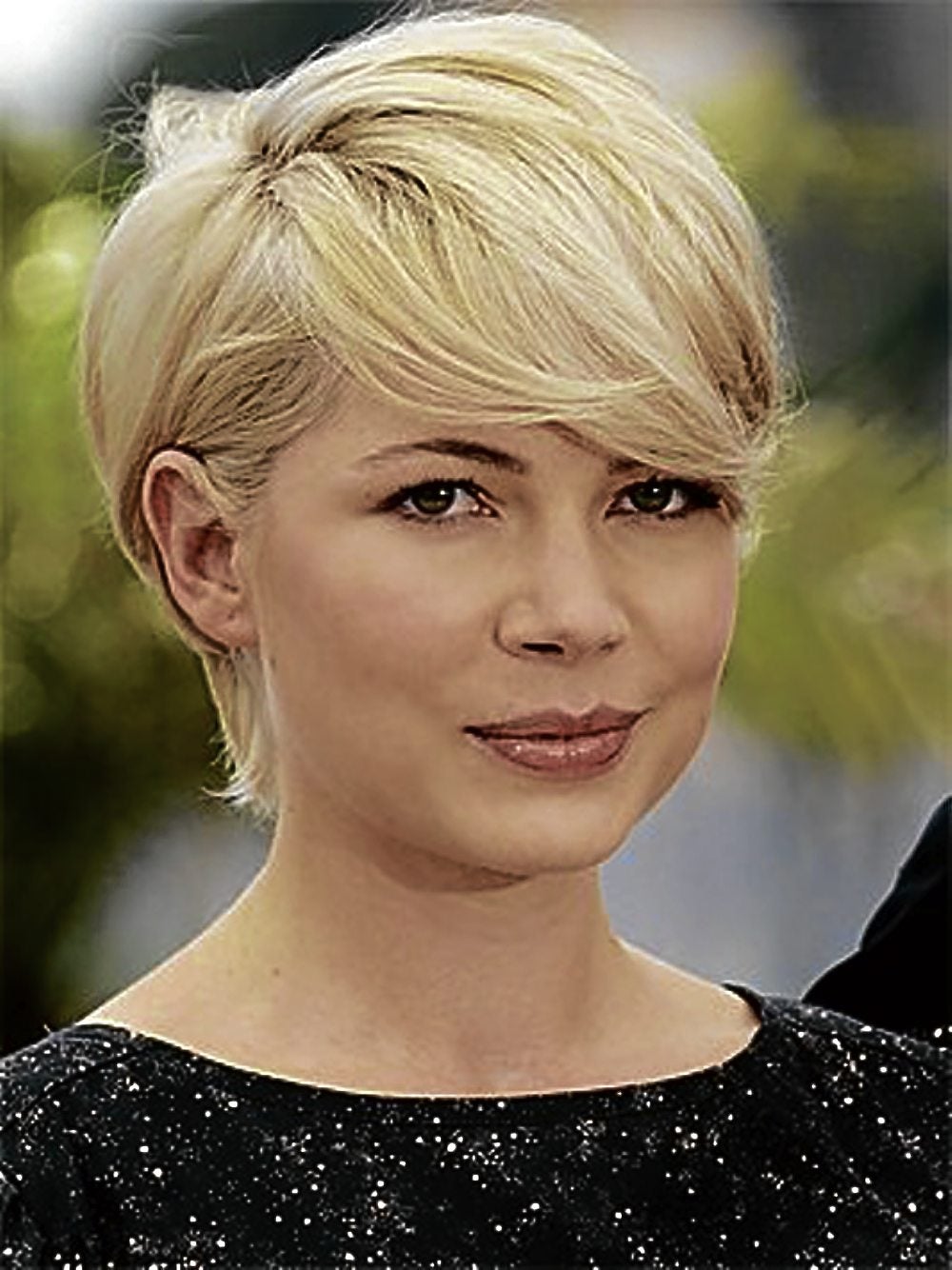 5 things to remember before getting that pixie

Anne Hathaway reportedly cried buckets after she had her hair cut Fantine-short for her role in the upcoming film “Les Miserables.”

It was her idea, but the finality of it still proved too shocking for her—until she eventually learned to rock it.

For most women, lopping off long locks signals a dramatic change in their lives, like a bad breakup. In my case, the Dyesebel look just wasn’t me anymore; my new life as a stay-at-home-mom meant less time to spend on my hair. So I had it snipped.

If you find yourself pining for a pixie, here are some things to consider.

Really short hair was something I’ve always wanted but never had the guts to do. So I spent a lot of time online to psych myself up for the drastic change. I watched videos, pored over images and read relevant articles. They all said the same thing: Just go for it; you’ll never know until you try!

Much as I admired Emma Watson’s or Natalie Portman’s pixies, I’m no Twiggy, so I knew I couldn’t pull off the gamine look. Having a meatier bod meant requiring longer layers on top and keeping the sides short to make the cut proportional to my body.

Shannyn Sossamon’s sexylong pixie and Michelle Williams’ soft, elegant cut drew me in. Their thick, wavy hair and face shapes were similar to mine, plus they weren’t rail-thin, so I figured a hybrid of their cuts would suit me best.

If you don’t already have one, this will be hit or miss. I tried three before I got it right. I went to a popular chain salon, to the same stylist who dolled me up at my wedding.

Shampooing: Relatively soothing, but water still gets into ears

I told the stylist I’ve never had a cut this short before and showed my inspiration photos, asking if it’s something he could realistically do. He was very confident and so I even bought into the keratin treatment and color he hawked.

I was getting more and more nervous as he seemed to already be finishing up when the cut wasn’t anywhere close to what I wanted. Why was my hair being ironed stick straight? I had even repeatedly whipped out the photo to remind him of our peg.

In the end, I looked like Moe from the Three Stooges. Fighting back angry tears, I asked him and his assistant if my hair looked anything like the photo. He got mad and defensive, saying, “Di ba gusto mong short? Ayan! Short!” When I asked if he could fix it, he said, “Eh di mo talaga magiging kamukha yan. Caucasian yan eh, saka times three yung kapal ng buhok mo!”

Unbelievable. I know it’s just hair, but it’s a look I will have to live with for quite a while. Then, I remembered having had the opportunity to interview the salon owner several years back, and so I called him to report the unhappy incident. I said I refused to pay for the cut but will just pay for the color and treatment. He graciously waived even that and asked me if I wanted to just go to his other branch nearby to have it fixed. Having already endured four hours in a chair, I couldn’t take that anymore. He said to just go when I could; he even offered to be there should I decide to visit after a week since he was out of town. He even texted me the day after to check up on me after the initial shock wore off.

I tried to experiment taming my botched cut on my own. Overwhelmed by a barrage of styling products, I decided to try Bench’s Claydoh Lite. Easy wash-out-formula, it claimed; I was only able to fully wash it out after four days!

I decided to just use The Body Shop’s Glossing Serum. It didn’t really weigh my hair down, but applying it made me feel like I was doing something about my situation.

Before the week was over, my husband took pity on me and treated me to Jing Monis’ salon at Bellevue Hotel to have my cut fixed.

Magazines: New copies of In Style

I had an appointment but I had to wait for almost an hour for Jing to arrive. Nevertheless, his people were pleasant and professional.

Jing’s quiet confidence soothed my frazzled nerves about going through another haircut. He assured me that the cut I wanted was reasonable and doable.

I was happy with the end result; I can wear a pixie after all! Although forking over P2,000 monthly wasn’t sustainable for me, it did get my self-confidence back.

Desperate to find a decent “maintenance” salon, I googled “good salon in BF” and Hairport Central popped up to stellar reviews from its fans.

Shampooing: They do the upright shampoo in the cutting chair before rinsing it out on the sink.

I took a chance and was initially scared because the senior stylist assigned to me looked like he was 16. It did not help when I asked the shampoo lady if he was any good. She replied, “I-try nyo lang, ma’am!”

Mr. Em did not have the usual air and swagger that usually comes with the job. But it worked for us since I was shamefully quite the micromanager. Yet, he retained a steady demeanor that calmed me somehow. He cut my hair shorter than Jing did but it worked out all right. Mr. Em also used Bench’s Sooo Polished styling wax. It washed out well, wasn’t stiff, sticky or smelly, so I later got my own pot.

Barely pulling out of the parking lot, the salon texted me its thanks. A month later, I returned to the nice little salon along Presidents Avenue for my succeeding cut.

Don’t be a stranger

The decision to go short doesn’t end with having a great cut. With long hair, you can get away with having a trim a few times a year, but to retain your pixie’s shape, you have to visit the salon monthly.

But the process thankfully doesn’t last long: Before, two people had to blow-dry my long, thick hair for half an hour. Today, my hair’s dry and styled in a few minutes.

Get used to it

Your new lifestyle, that is. Less shampoo and conditioner, less time drying your hair, less expensive when coloring your hair, more time for more important things in life! Now that I am enjoying my new look, I can’t imagine the hassle of having long hair again. Sure, I miss it sometimes, especially when it’s cold. But I’m glad I took the plunge.