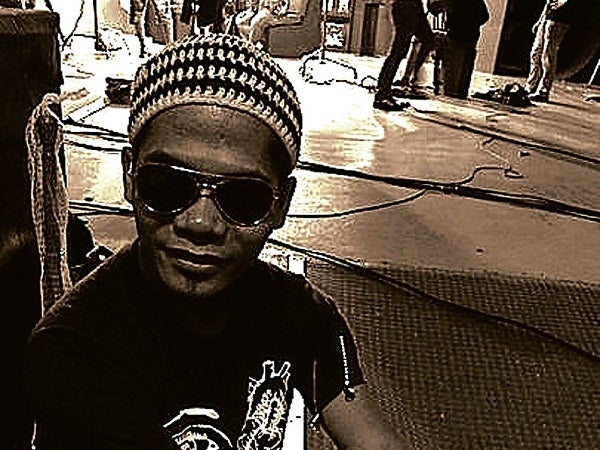 The hair bondage of Buboy 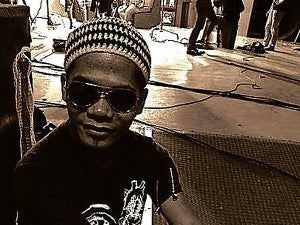 Many people love their hair. I do, too. I’m quite proud of the hair I have, it’s fine and thick. But, like everyone else, I’ve had my share of crap hair—haircuts, coloring, perms that have made me cry, hair that looks perfect when you leave the salon but inevitably ends in heartbreak an hour later.

A few months back, I came across a wonderful quiet man who loves hair more than anyone I know. A friend introduced me to Buboy Bajado, who was working as a driver for a mutual friend. This friend had a photo shoot and the hairdresser was not able to come. Buboy then jumped in and, armed with hairspray and hairpins, helped prepare the models. The rest, as they say, is history.

Buboy is known to be a quiet man, but when he talks, he knows exactly what he wants to say. When I told him that I wanted to write about him, the flood of words in the email he sent was a fantastic surprise. We have spoken before, about art, about hair, about what he does, but it is, of course, much different when written down with thought.

Buboy admits that he loves hair, the whole process of it, from cutting to sculpting it into either jewelry, light fixtures, or just plain art pieces (if one can call them plain). I wanted to know where this desire came from.

He told me about this, his unique and bordering-on-weird love of hair, the first time we met, when he came over to my apartment and colored and cut my hair on the landing outside my front door (the sunlight was better there). Ever since this first meeting, I was curiously hooked.

I asked him how he got started. “My dad was the first customer (or victim) of my barber cut.  He said my cut was all right (‘Pantay naman!’), and from then on I knew I had the potential.” Soon he was cutting his older sister’s hair as well.  This then extended to his friends and the rest of the family.  “I’ve been cutting hair since high school. My friends and neighbors’ hair, the usual boys’/sha-to cuts which were the penalty for unaccepted hair length in high school or CAT. I practiced a lot on my friends and classmates, they liked it and of course it was free—there was no choice at all on either side. HAHAHA!”

It was during that shoot that he “became fascinated with cutting and creating a new style of sculptured hair.” 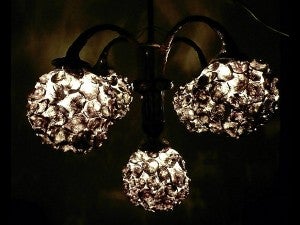 One of the biggest eye openers for him, he says, was the time that his former bosses introduced him to a new world of art. The wife of his boss at that time would bring home pictures of a haircut she had gotten in Hong Kong, because she wanted to keep the style. “She asked me to redo the hair style. I told her I knew how to cut, and she gave it a try.” Then her husband saw his work and liked it. Buboy says, “They were very supportive and instrumental in my crossover to the art of hair sculpture.”

Though not a household name yet, Buboy has had more opportunities and work than most artists of his kind, having an impressive resume under his belt, working on magazine shoots for UNO, Rogue, that fateful Preview Magazine shoot, Maxim, FHM, as well as music videos of bands such as Drip, and the song “Wasak Waltz” of Ely Buendia and the late great Francis Magalona.

“What inspires me the most,” he says, “is being able to bring out the beauty of a creative hair design, whether it is simple, or complex combination of hair strands, and to be able to form this into a natural work of art; and also being able to be in the arena of beautiful women! The satisfaction I see in their eyes, that glow, gives me gratification.”

What would be his dream collaboration?  “To have my work side-by-side with the sculpture of Mr. Gabby Barredo, maybe have an art sculpture exhibit.”

Buboy is currently the resident gallery manager of the Pocket Universe Art Collective, where he is now an integral part of the team. He started as “an exhibitor of hair sculptures at Vintage Pop in Cubao Expo in 2009. Fortunately, there was an offer to open a gallery from Ms. Camille Santillana. She was looking for a gallery manager.” Buboy now manages the gallery “with the support of people I now consider as family, like Karen Sanguanpong, who  handles the art collections, and the Snow Tattoo shop (which is part of the Pocket Universe), with Sarah Gaugler and Paulo Peralta (Turbo Goth).”

When asked about his favorite local and international artists, he said, “International? No specific artists, it is more of the influence of the arts of other cultures like Japanese, Korean and European styles, especially in hairdressing. Their traditional, classic and modern hairstyles which are very defined, detailed and skillful in their creation.  Local? I really like Mr. Gabby Barredo.”

And here are his five tips for people who aspire to do what he does: “A. Passion—what do you want to do? B. Desire—how badly do you want this? C. Perseverance—the level of determination you need to put into your endeavors D. Patience—a lot of this! E. Execution—to take action and keep going. Ang importante may ginawa! Pag wala ka nang ginawa deads ka na.”

Describing his art in three words, he said, “THIS IS ME!!” Buboy would like the chance to show the world his art and what he can do, especially in Europe.  When asked where he thinks the Philippine art community is headed, he quotes his friend Jae Pena: “The future is bright.” He wishes “not to be known as a hair stylist, but to be a hair sculpturist.”