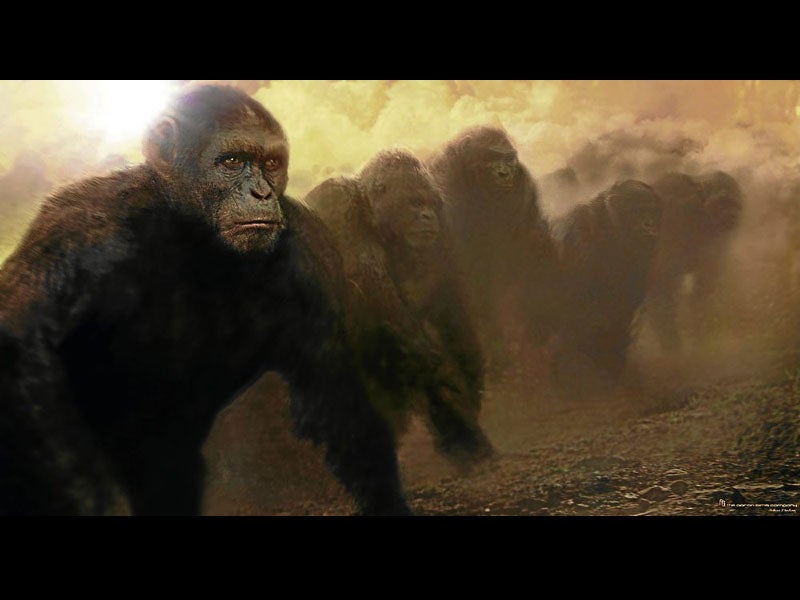 Taking monkey business to the next level 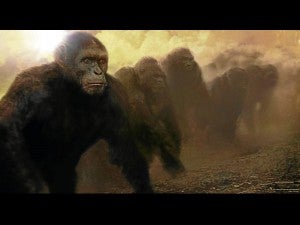 I’ll be honest and say that movies with monkeys and apes hardly ever make it to my must-see list. I’ve stumbled into enough man-primate buddy flicks on HBO (“Ed,” anyone?) to make me scratch my head and wonder why films with chimps in human clothes pass for entertainment.

Yet despite that, I still found myself excited to be in a screening room in Sydney with a small group of journalists to witness the birth of a chimp named Caesar, who not only headlines “Rise Of The Planet of The Apes,” but is also the current flagbearer of a certain type of technology that continues to reinvent cinema as we know it.

Directed by Rupert Wyatt, “Rise of the Planet of the Apes” is the story of a group of medically-enhanced apes who revolt against the human race. The film aims to inject new life into a franchise whose last installment in 2001 featured actors like Tim Roth and Helena Bonham Carter in elaborate prosthetic makeup designed by Rick Baker.

This time around, the filmmakers chose to use the technique known as performance capture to channel their apes. 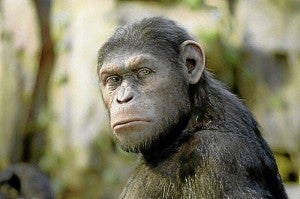 The actor’s movements are captured by an array of cameras mounted all across the studio (also known as the “volume”). The data is then fed into the visual effects artists’ computers, who go about rendering the captured information into the characters that we see on screen—Gollum, King Kong, Neytiri, and now, Caesar.

The whole process is much more complex than that, of course, and is one that’s taken a great deal of time and effort to figure out. There is perhaps no better authority on the subject than the man who stepped onto the podium during our secret Sydney screening: Joe Letteri. 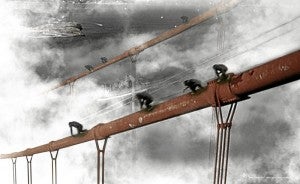 He of the  four-Oscars pedigree (two for the “Lord of The Rings” series, one for “King Kong,” and one for “Avatar”) and currently the Senior Special Effects Supervisor of WETA Digital, Peter Jackson’s house of movie magic.

During his presentation, I got the sense that this wasn’t just your typical press junket for Letteri. There was a calm yet slightly giddy vibe about him as he showed us several clips from the film, explaining in detail how much visual effects work went into each scene.

Letteri said that the challenge was to create an ape that still behaves very much like the real apes that we know, unlike the ones in the previous “Planet of The Apes” films, where actors in suits would work simply because the apes they were playing were already evolved, talking versions.

Whereas Avatar’s performance capture sequences were filmed in a studio rigged with hundreds of cameras, the Apes team was able to stage scenes in real, practical locations thanks to a portable version of the performance capture rig. This enabled them to shoot Serkis in real time, almost anywhere. It also allowed Serkis to act alongside lead actor James Franco without having to recreate his performance in a studio later on. 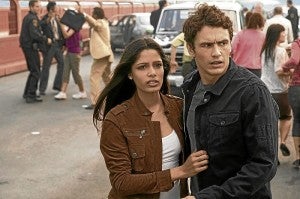 Looking at the footage, it was pretty clear that this portability allowed for much more realistic performances. Eyelines were consistent, and whenever Franco had to carry or push against Caesar, there was a real sense of “weight,” and the absence of pantomime acting (which you normally get when actors act opposite a tennis ball mounted on a pole) was refreshing.

What I found most impressive was the complete absence of the dreaded “dead-eye” effect that plagued older motion capture films. Take a look at the Tom Hanks film “The Polar Express,” and you’ll see that while the essence of Tom Hanks is there, there’s just something unsettling about the whole thing until you realize that it’s the lack of depth and soul in the eyes that keep the character from being 100 percent convincing.

There were absolutely no dead eyes as we watched Caesar’s evolution from an innocent chimp, to a confused adolescent trying to make sense of his abilities, to a defiant leader who rallies his fellow primates. It all required subtle shifts in performance, and thanks to the combined efforts of Andy Serkis and Letteri’s team, Caesar is a chimp that feels astonishingly human. 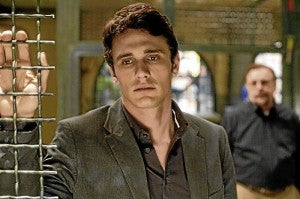 As a filmmaker who works in projects that don’t even come close to a studio film’s catering budget, I did have questions about whether this cutting-edge technology could someday be accesible to independent filmmakers.

In the same way, cameras such as the Canon 5D have begun to narrow the chasm between indies and studios; surely it must be a matter of time before performance capture will be scaled down and simplified enough to be available to the rest of us.

This is something that’s definitely on the horizon, said Letteri, whose goal is to keep developing the technology to make it “even simpler, less intrusive.” That optimism made me excited by the possibilities to come. And then, who knows, I may just put my man-ape buddy flick bias aside and make a hard pitch to direct “Ed 2.”

“Rise of the Planet of the Apes” is released worldwide on August 4.

Carlo Ledesma is a filmmaker based in Sydney, Australia. His feature film “The Tunnel” is available online at www.thetunnelmovie.net.