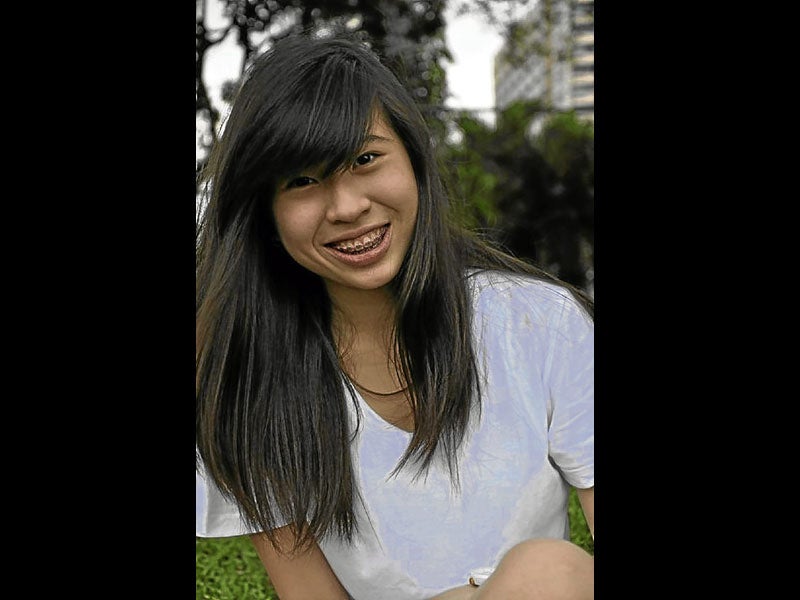 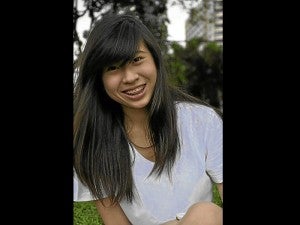 We may have not been able to vote last year, since we were below 18. While some of us may have gone over that hump this year––legally turned 18––we’re still a long way from that next presidential vote.

Nevertheless, it doesn’t mean we have no voice to express  how we think P-Noy (President Benigno “Noynoy” Aquino III) did on his first year in office.  Last year, I asked fellow teens and tweens what they thought made for a great and effective leader.

How does P-Noy’s report card look? I asked some of my friends what they thought, one year on.

“I think he did a great job because he was able to boost the morale of Filipinos. He made our country united. He was able to make us trust him to do his job as a president. I hope he will deliver on his projects. I hope he helps improve our image as a nation to the international community.  I hope he can make laws which will help lift our country from its current state.” —Samantha Garcia, 14

“People complain because they say that our country is showing no signs of improvement, but what the president did was to create good relationships with foreign countries. I think he needs to prioritize his projects and agendas for the development of the Philippines.”—Quincy Lukban, 15

“I had expected the country would do better economically. Corruption will be lessened, educational funds will be increased, and generally the lives of people will improve. I suppose it is too much to ask of one person, so I don’t put all the blame on him. I just hope that throughout his term, he will continue to advocate the rights of people, fight injustices, and give more opportunities to the Filipinos.” ––Meryl Su, 18

“I would like him to focus more on the needs of our country and spend government funds not only for the country’s military defense (such as warships), but also on education for the majority. About 70 percent of our population lives below the poverty line, and most of the people earn no more than $1 a day.” ––Vince Nieva, 14

“I find it remarkable how he focuses on improving the quality of education in the Philippines. Hopefully, he will continue to be a good example to the Filipino youth by quitting smoking and standing by his own ‘no smoking’ policy.” ––Lerizze Tan, 16

“P-Noy was able to reduce, if not solve most of the problems he inherited from the previous administration. He was able to help a lot of people, especially farmers. He did his best in hearing out the people, which I believe is a very important characteristic for a president. I would like to see the impoverished being given better homes. I would like to see a great improvement on the cleanliness of our environment.” —Hannah Cua

“It’s still too early to be judging him, since it’s only been a year, but based on all that’s happened so far, I have mixed feelings. It was great he implemented and follows the ‘No Wang-Wang’ policy, but other than that, he hasn’t done anything particularly helpful and evident at all––other than buying himself a new Porsche (which I’m not too pleased with).  I hope to see, in the next few years, a more efficient and firm leadership.” —Jody Uy, 14

“I think he did fairly well on his first term, because this whole year was very eventful. He was maybe a little too transparent in matters concerning his personal life, like his girlfriends. I’m very happy about his new campaign against smoking. I hope he steps up to actually make a significant change in terms of implementing the law. The things this country needs might be more than I can comprehend, but I understand the basic things people need in life—to survive, to be happy, and to enjoy life. I hope our President will help us achieve this, for the greater good of everyone.” —Tara See, 15

“Some of the improvements I’d like to see is for him to spearhead cutting back on the use of nonrenewable energy resources in the country, and to make our transport system more efficient. I wish he would improve the quality of education in both public and private schools.”—Michael James C. Gaborni, 14

“I suggest he speed up making improvements in our country.  I know it’s a hard job to do but so far, I don’t see any substantial progress. He needs to be a role model who stands out. I think he needs to focus on the people, most especially the youth. Everywhere I see kids begging for spare change and working as street vendors. The poor can’t get jobs because kids start working instead of going to school.  If President Noy does help reduce poverty, children will be able to go to school.  They will be able to get good and stable jobs, and contribute to the development of our country.” —Alia Lao, 14

“I think even if there isn’t much progress yet, he’s trying his best to be the president who can change our country and make it better.” —Yvonne Tsoi, 15

“I know P-Noy is a very ambitious and a very persevering leader.  I believe everyone has faith in him, and we know he can do more in his administration.  I’d like to see him planning projects and working on them, rather than just creating them and not following through.” —Dana Sy, 14

“I’ve not yet seen  P-Noy actually making ‘the CHANGE’ Filipinos wanted. There is a possibility we’re just asking too much from President Noynoy; being a newbie president is a BIG responsibility!  P-Noy has his flaws and strengths. Some of his flaws could be explained by the fact that he’s a greenhorn:  one of the most noticeable is his laid-back style.  He was nearly invisible when it came to making big decisions for the nation. Maybe he just doesn’t want to take chances. People would put more trust in him if he were to become a more visible leader.

But some of his most commendable traits are honesty and incorruptibility. He has a strong sense of integrity that shows he could develop into a capable and excellent leader in the next few years. I look forward to what P-Noy can achieve before his term ends. Hopefully, he will enforce stability in the nation, uplift the morale of the country, and make the right decisions. I’m not expecting him to turn the Philippines into a G8, but I expect that he should at least make the Philippines a better country to live in.” — Chelsea Lopez, 15

“I think he did an okay job, but not exactly a great one.  The first positive thing he did was to improve our country’s economy. He was able to immediately address people’s needs. Although there is more entertainment-related news about him than anything, which I think is negative. He should also impose heavy sanctions for criminals. He should be more concerned with the environment. Maybe he could lead a tree-planting campaign.” —Jennifer Tsang, 13