These rocks are made for rock ’n’ roll | Lifestyle.INQ ❮ ❯ 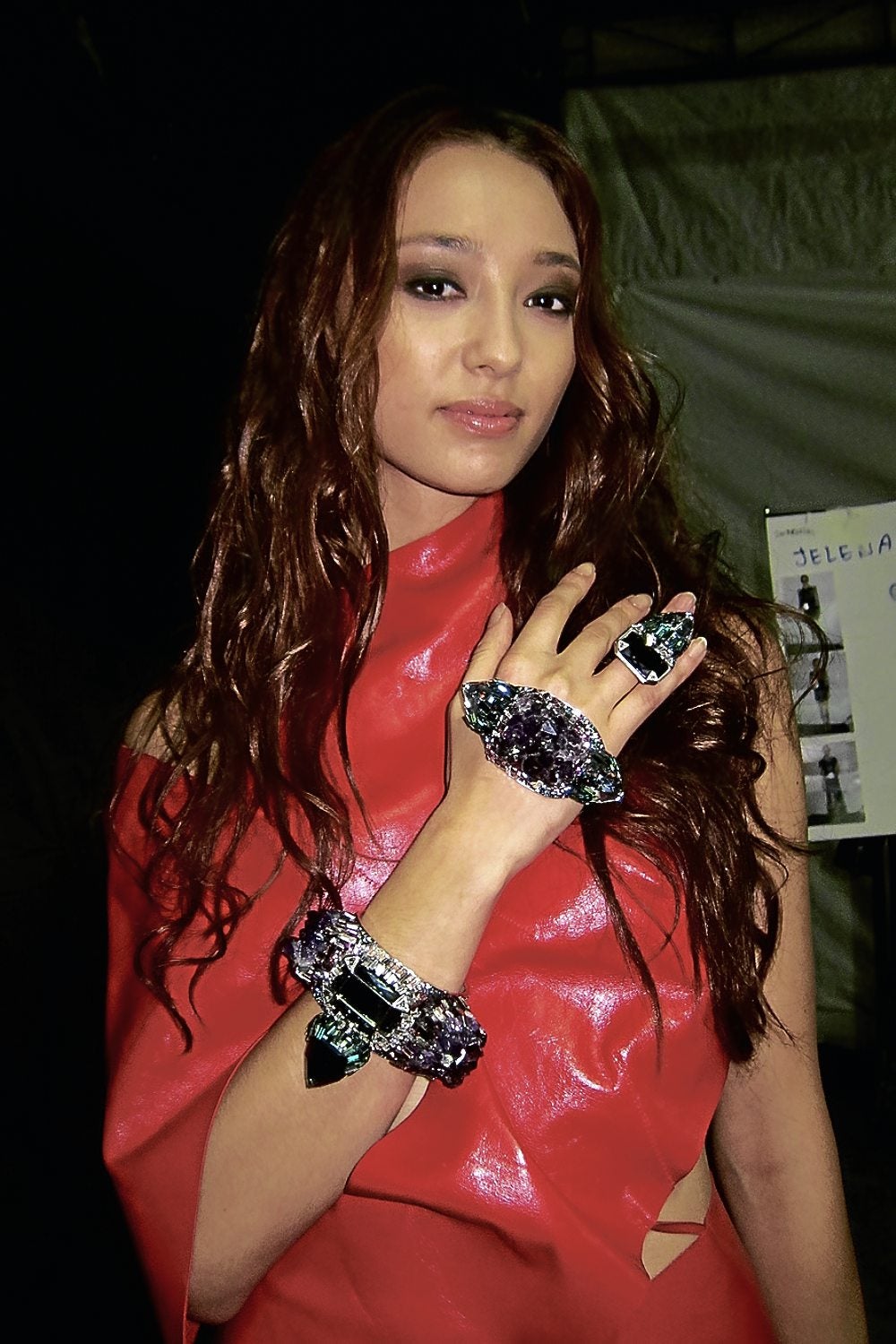 These rocks are made for rock ’n’ roll

Merge bling and rock  ’n’ roll and you can expect some serious baubles to come into play.

When Swarovski presented its Fall/Winter 2012/13 Collection at the recent Audi Fashion Festival in Singapore, it went all out in keeping with the rock-inspired crystal jewelry and accessories collection, with a live performance of Singaporean musician Vanessa Fernandez and her band, as models walked the runway.

This season’s collection is characteristically baroque with a hint of bohemia, aimed at modern cosmopolitan women. Swarovski has always had that distinct ability to play with crystals in all shapes, colors and sizes. Unlike precious stones, the possibility of designing with crystals is boundless. Not limited by supply, the Austrian company can go as lavish and opulent as a look demands.

In this season’s case, the catwalk collection alone, first shown at Paris Fashion week, had singular pieces that took days to make: up to 170 hours, for instance, to put together a Crystallized dress made of 55,000 stones. A cobweb-like plastron (vest) called Stardust Galaxy had 150,000 stones and took 140 hours to make. Even a seemingly simple mesh necklace called Sinuous Maze required 18,000 stones and 120 hours.

The catwalk show was preceded by a media presentation of the full “Kingdom of Jewels” collection, which is now in stores. In the Philippines, Swarovski is exclusively available in Rustan’s, which also carries the home accessories collection.

The triangle is a recurrent motif in the main collection. Predominant stone shades are ruby, sapphire and emerald mixed with deeper, darker tones.

Creative director Nathalie Colin and her team of designers also looked to the East for some inspiration. There’s the  Singapour scarf necklace of delicate gold chain with ruby-tone crystal tassels. The oriental motifs are also evident in styles called Soulful,  Shangai and Shogun.

There’s much commercial appeal to the resin bangles, vari-sized rigid cuffs of glossy acrylic glass set with pave crystals that the wearer can stack or wear individually. A heavy geometric-cut gold cuff with multicolored baguette-cut crystals (and a matching necklace) called Standing is one of the collection’s bolder pieces.

Chris Neff, Swarovski’s head of emerging markets in Southeast Asia, led his team in unveiling the new watch collection, both for men and women, that will roll out this quarter.

“We are experiencing a strong growth in all Southeast Asian markets, clearly driven by our jewelry and accessories business,” Neff said. “The repositioning of our brand in the premium fashion segment leads to strong demand in new consumer groups.”

The general market for Swarovski jewelry and accessories in the Philippines tend to gravitate toward the simpler styles that the fashion-forward segment might be disappointed not to find the bolder styles in the collection at Rustan’s.

“In every market, we are always carefully evaluating the assortment based on local taste and consumer preferences,” Neff explained. “The right product mix in every distribution channel is crucial.”

The regional media event was also intended to introduce the face of Swarovski’s FW 2012/13 campaign: new Bond girl and French actress Berenice Marlohe, who stars in the latest 007 flick, “Skyfall.”

While Swarovski has had a long history with cinema, this is the first time that it has tapped an actress to be its spokesperson. “Skyfall” marks the 50th anniversary of Bond films.

Founded in 1895 by a man named Daniel Swarovski, the eponymous crystal company remains family-owned. It has seen tremendous growth in Asia in recent years with the rise of the middle class. The mid-priced watch collection alone is positioned for the consumer looking to buy a stylish arm candy that doesn’t carry a six- or seven-figure price tag.