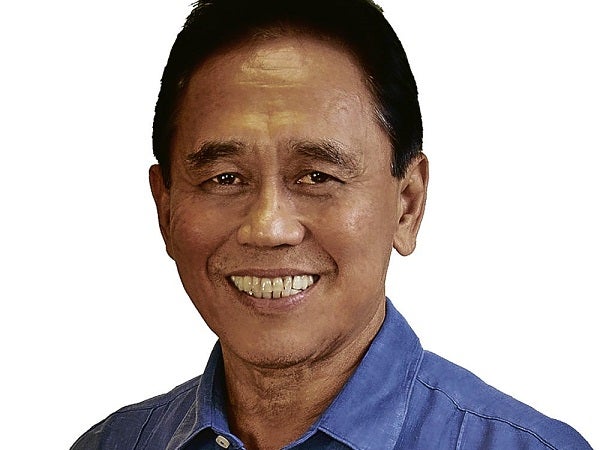 As the Ateneo de Naga HS Class ’62 celebrates its 50th graduation anniversary, it is but fitting that our class pays tribute to one member who turned out to be our brightest star and one of the school’s most outstanding and most accomplished alumni.

Uldarico V. Brizuela is better known by his nickname Rico.

Rico is one Atenean who has brought honor, glory and goodwill to his alma mater. He joins a long list of distinguished alumni who had done the same thing—the late Raul S. Roco perhaps the most notable of them all, owing to his 2004 run for the Philippine presidency; as well as Sandiganbayan Chief Justice Francis Garchitorena; former Comelec   chair Ramon Felipe Jr.; former PCGG chair Ramon Diaz; Camarines Sur Gov. Lray Villafuerte; constitutionalist Joaquin Bernas, SJ; and the late Interior Secretary Jesse Robredo.

These people had one thing in common. They were all involved in politics and public service.

But Rico is of a different mold. He feels he can contribute more to society by being a productive, caring and law-abiding private citizen, far from the temptations of graft and corruption, which is the bane of most politicians.

From humble beginnings in his hometown, Pili, Camarines Sur, he went to high school in Naga City and college at the Mapua Institute of Technology. Through sheer determination and hard work, he found entrepreneurial success in the business of cargo international airfreight forwarding, as chair of Airlift Asia Inc. (AAI). He also became one of the biggest benefactors of Ateneo de Naga.

Even before Rico institutionalized his philanthropy in 2002 by establishing his R.V. Brizuela Foundation Inc., and registering it as a non-stock, nonprofit corporation with the Securities and Exchange Commission, he had already manifested and demonstrated his generosity to his AAI management team and employees by providing them a very competitive salary structure, a fair and objective employee performance appraisal system, and mid-year and Christmas bonuses equivalent to one month’s salary every time AAI hit its targets and improved the bottom line.

He was also the catalyst behind the formation of an AAI Employee Multi-Purpose Cooperative, because he believed that some of the needs of AAI employees could be met through this type of organization.

And he opened a scholarship program at the Ateneo de Naga for indigent but deserving high school students, as a way of giving back to the school for the valuable education he received from it.

By the time Rico changed the name of his foundation to AAI Charity Foundation Inc. (AAICFI) in 2004, it had become the philanthropic arm of AAI, in accordance with its core value of corporate social responsibility.

He gradually expanded his charitable agenda and activities, and even affiliated AAI with one of the country’s largest association of corporate charity givers—the Philippine Business for Social Progress (PBSP).

He joined its much-publicized Step-Up community improvement program in Metro Manila. He also worked for the accreditation of AAICFI with the Philippine Council for NGO Certification (PCNC) to make it a legitimate corporate foundation, by BIR standards.

Rico also reached out to some areas in the Philippines,  under the HELPS acronym.

H stands for Health, Humanitarian Care and Housing. E is for Education, Environment and Employee Volunteerism. L stands for Livelihood. P refers to Poverty Alleviation and Parish Assistance and Improvement; and S denotes Sports Support and Development.  Some of his praise-worthy charitable activities under AAICFI include the following:

1.  Donation and distribution of emergency relief goods to victims and survivors of natural disasters and calamities;

2.  Expansion of his scholarship program in private and public educational institutions in the elementary, high school and college levels;

7. Participation in barangay cleaning and beautification operations and projects;

9. Adoption and feeding of the Philippine eagle in Davao City;

11. Support for different health activities, programs, projects and organizations such as the Philippine Cancer Society and the Philippine National Red Cross. Financial assistance to seekers of hospitalization and medication funds support;

12.  Establishment of 96 dwelling units in the AAI-GK Eldorado Village and Multipurpose Hall, mostly for the informal family settlers in the area.

Rico does not always use AAICFI for his charitable works.  He does not hesitate using his personal funds whenever necessary. This is particularly true where the welfare and well-being of his high school classmates are concerned.

For instance, he spearheaded the creation of a social fund exclusively for the members of Class ’62. He also always hosts class lunch and dinner get-togethers and reunions.

Many of us have been the lucky beneficiaries of Rico’s selflessness—Tony Conde, Jimmy Llagas, Rolly Bobis, Romy Aguila, Alex Belleza, Bernie Barbin, Bernie Brabante, Vic Badiong, among others

When Rico tapped me to be the Corporate Communications manager of AAI and executive director of AAICFI, I spent the best six years of my early senior years at AAI. And for that I am truly privileged and grateful.

Despite the noble and altruistic work he has done, Rico remains down-to-earth, approachable.  He sees himself as a mere steward who ought to share God’s blessings.

His foremost philosophy is: “God is the ultimate Giver, and I am just a humble channel of His graces!”

Our Class ’62 thanks him for his philanthropic heart, and we are truly proud that he has lived up to the Atenean ideal—that of being a man for others.