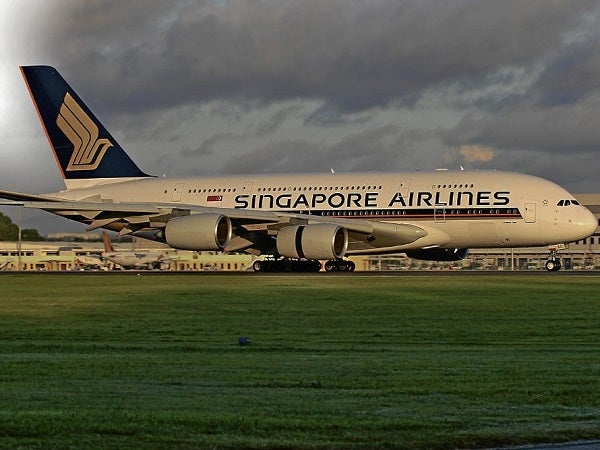 Singapore Airlines really wants a Filipino to fly for free

Short of giving away the prize outright, Singapore Airlines so wants a Filipino to win in its online game promo that it has added an additional prize to sweeten the pot.

No Filipino has won in the four-part ongoing promo, celebrating the Singapore flag carrier’s history and marking its fifth year of operating the A380, that the local office has added 75,000 KrisFlyer miles extra prize for the highest-scoring Philippine-based player—the equivalent of a round-trip economy-class ticket to any SIA A380 destination—to entice more Filipinos to participate in the online, skills-based game. This is on top of the main kitty: a pair of business-class tickets to any SIA destination.

“We just really want a Filipino to win,” said Rita Dy, SIA’s marketing communications and services manager. “Maybe not many know that there is such a contest.”

Filipinos can join the fourth and final part of the contest by logging on to SIAJourneys.com from Sept. 15 to Oct. 23. Participants need only watch a video on the SIA A380 fleet and answer a quiz. There’s also a picture search game.

There’s no purchase necessary to participate; one need not be an existing KrisFlyer member, either (but it’s required to sign up for membership to win the KrisFlyer miles). The prize miles can be used in the next three years.

The first two parts of the promo were won by two Singaporeans, and a special raffle was won by an Italian expat based in the Lion City. The Italian won a free trip for two to Toulouse, France, and got the added treat of flying the newest A380 aircraft back to Singapore.

The first-ever promo winner won a pair of tickets for the B747’s farewell flight. The B747 was once the biggest aircraft and dubbed “Queen of the Skies”; SIA began using the B747 in 1973 and it was retired in April. The second winner bagged 50,000 KrisFlyer miles. The third part, with a pair of economy tickets to any SIA destination plus 25,000 KrisFlyer miles up for grabs, ends today, Sept. 14.

Ranjan Jha, SIA’s new general manager for the Philippines, Guam and UTT, expressed optimism about the airline’s operations in the Philippines, noting that the country is one of the top 10 growing economies in the world. In the last year, travelers coming from the Philippines posted the biggest increase in tourist arrivals in Singapore, according to Jha.

While the boom of low-cost carriers (LCC) has affected the business of full-service airlines, the effect has not been that significant, said Jha, that the SIA continues to upgrade its services to its core customers.

“The LCCs were servicing customers who used to take the boats or buses,” Jha noted. “But after flying LCCs for three, four times, even these customers are seeking to upgrade.”

Dy also noted that passengers also have this mistaken notion that it’s more expensive to fly on the A380. Tickets are priced the standard rate for all types of SIA aircraft, she said.

SIA is set to redesign its 15 global airline lounges beginning next year at a budget of $20 million. In the second half of 2013, it will also begin rolling out revamped cabin interiors and seats in all travel classes. The airline also recently launched its in-flight connectivity program, which now allows passengers in 14 of its aircraft to surf the Internet and use mobile phones while onboard.