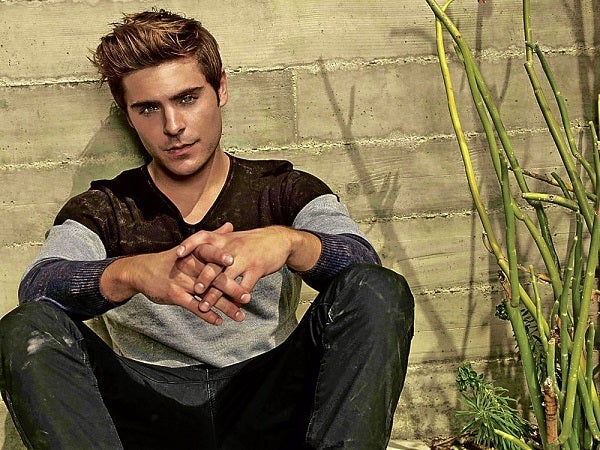 Why Zac Efron can’t wait to visit the Philippines

Before news of his endorsement with local retail giant Penshoppe broke out, all we ever knew about Zac Efron’s connection to the Philippines was that his former “High School Musical” sweetheart, Vanessa Hudgens, is of Filipino descent.

But now, we’ve actually discovered that the teen heartthrob-turned-Hollywood hunk has more ties to our beautiful, sunny shores than we’d originally thought. Get this: he’s actually very, very excited about his trip. And no, that’s not just lip service.

Coming straight from the international premiere of his latest movie, “The Paperboy,” Zac is set to appear in this year’s Penshoppe Fan Conference on Sept. 29, at the SM Mall of Asia Arena. Gates open at 6PM.

It will be Zac’s first time in the Philippines. Initially, he wasn’t so keen about doing endorsements. But when he heard that Penshoppe is a Filipino brand, he immediately said yes.

“It’s the perfect, perfect excuse to finally visit. I can’t take my mind off that country,” he was reported to have said.

Why? Because his father, Dave Efron, used to serve under the Merchant Marines and often visited the Philippines in the past (Mindoro in particular). He’s also flying in with Zac for the trip.

“Zac has always had this curiosity and/or mystique over the Philippines since he was a kid,” said Dave. “The beaches there are lovely and we can’t wait to come!”

“Sometimes my father will disappear for weeks ‘cause he’s enjoying the Philippines so much. So I’ve always wanted to come and visit,” added Zac.

When asked what he’d like to do if he could go on a holiday in the country, Zac had a ready answer.

“I want to see the beaches. I want to swim with the whale sharks, go on a mountain adventure, try the food like adobo and balut, and just hang with my friends over there. Oh, and I also want to learn how to waterski!”

Zac plans to stay for almost a week in the country. He is said to be taking some personal time off to go on the ultimate Philippine holiday of his dreams prior to the FanCon. Do we hear “butanding” calling?

For a minimum single receipt purchase of P800, PENSHOPPE customers can get FanCon vouchers from the store manager and exchange them for free tickets at any SM Tickets branch.

Penshoppe customers are also given the opportunity to choose pass combinations for every single receipt purchase. All ticket categories are on a free seating basis.