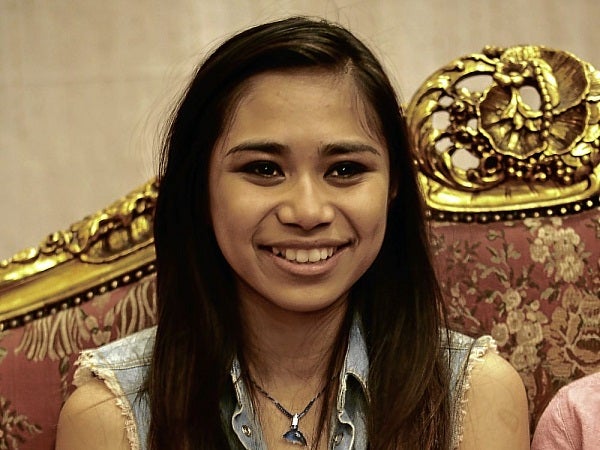 Last night, Sept. 21, was the final leg of the “American Idol” Live! Tour. Held at the Smart Araneta Coliseum, it was the last time—for now—that the Top 10 of the latest season of the popular show were working together.

Season 11 winner Phillip Phillips is currently working on his debut album. He said that he got all the songs already, that he was working more on production. “My album would be out by the beginning of December so I’m excited about that,” Phillip announced, adding that he also couldn’t wait to perform live. “I’m more of a ‘live’ guy. I like playing out loud, although I’m scared to, but it’s where I feel more at home.”

Runner-up Jessica Sanchez, on the other hand, is also working on an album that is scheduled for release this December. She added, “I’m actually staying here in the Philippines, after they leave, for a couple of endorsement deals.” Bench and Jollibee have signed her up to be an endorser. We’re all wondering, however, what other brands she will be endorsing.

Colton Dixon proudly said that he would also have an album, due for release early next year, and that a song he performed on tour would be on iTunes and that another song would hit the airwaves on Oct. 19, his birthday. Funny guy Heejun Han is also working on his own album under a Korean company—a Korean channel is even filming a reality TV show around it.

A lot of the Idols are working on their own materials, like Elise Testone and Skylar Laine. Skylar said, “I’ve been writing a lot. I’ve been writing every single time. I write in my room, I write all the time. When I was in LA and we had some time off before coming to the Philippines, I had a lot to cowrite so in the next couple of months, we’re actually going to get a demo and find a label. I’ve been writing 24/7.”

There is one Idol, however, who isn’t writing his own stuff. “I can’t write because I’m horrible at it!” Joshua Ledet candidly said. “I’m actually recording in LA after this so we’re still trying to find the right label for me, but everything’s looking good so far.”

Handsome DeAndre Brackensick is definitely pursuing a musical career after the tour even if he knows the genre he’s in isn’t that mainstream. “I know what I sing is not popular, but I’m trying to push it forward the best that I can,” said the reggae/R&B singer. “One day I’ll be there, but I’m going to push for it.”

Hollie Cavanagh has a plan to make sure her career becomes successful: “Just work hard after the tour and take advantage of the exposure we have now,” she said, adding that she had her eyes on an album or even just a single in the near future.

The pink-haired Erika Van Pelt believes that they all have talent and they all have drive. “That’s the thing about this group, everyone’s really motivated to do their own thing so hopefully you guys are going to be hearing from us when we’re done with the tour.”