From the PH map, it’s back to the key for C2 | Inquirer Lifestyle 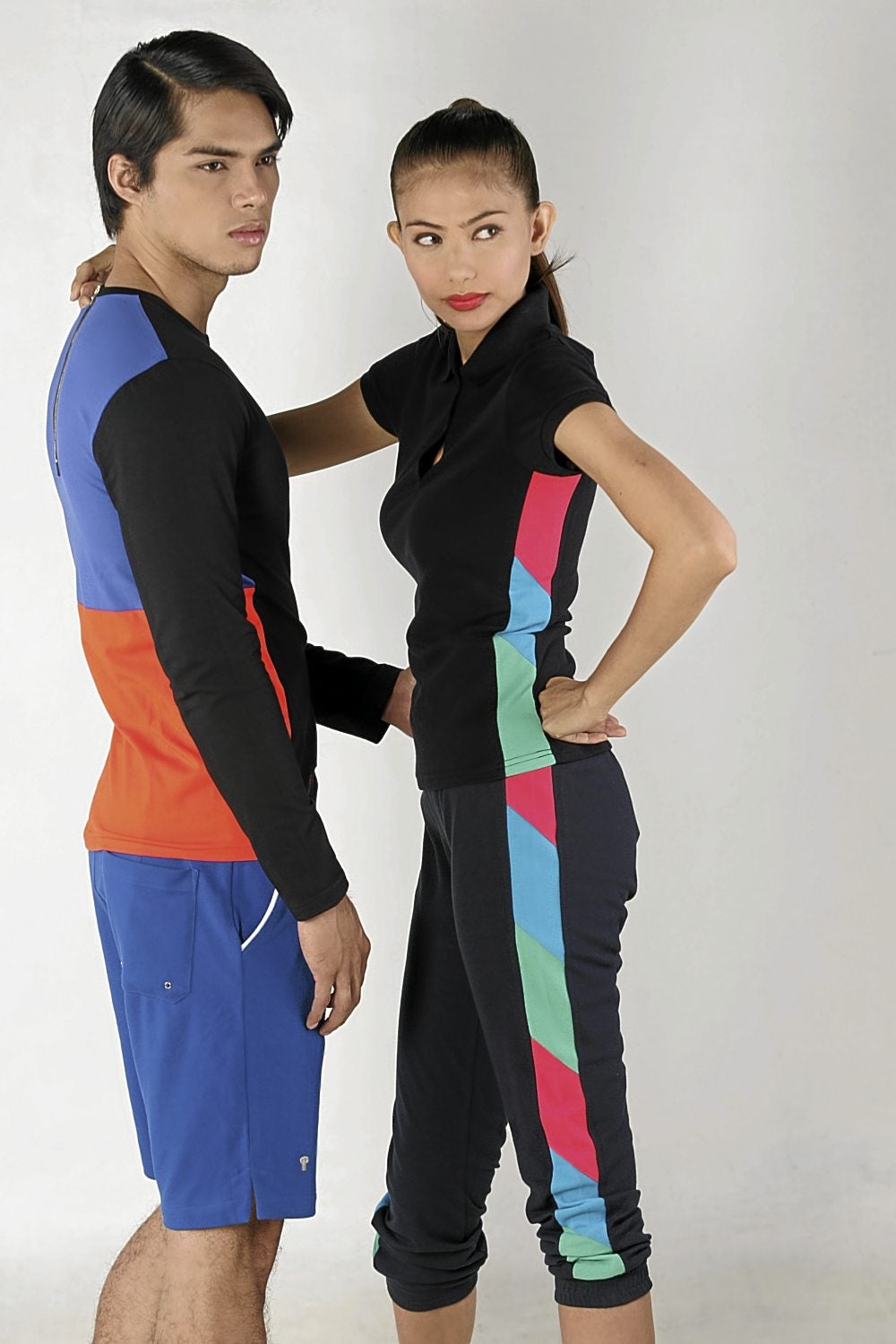 From the PH map, it’s back to the key for C2

After months of working under the radar, Noel Crisostomo and Stephanie Sarmiento-Valdez debuted as Collezione C2’s creative directors Thursday with a fashion show featuring Jericho Rosales.

The actor is the brand’s newest endorser.

Joey Qua, president of C2 Retail Stores Inc., decided to delay the formal introduction of Crisostomo and Valdez while the brand reassessed its direction and beefed up its merchandise after former creative director Rhett Eala left the company early this year.

Collezione, a reputable but staid brand made primarily of pique, a knitted material composed of cotton and polyester, languished in the wake of competition until Eala came up with the graphic design of the Philippine map embroidered on shirts.

The Philippine map became a global icon and spelled a turnaround for Collezione.

Crisostomo, who takes care of the men’s line, and Valdez, of the ladies’ line, have agreed to downplay the Philippine map in favor of the brand’s equally iconic key logo.

“With this collection, we try to reinvent the pique,” said Crisostomo of his men’s wear. “I tried to veer away from the typical polo shirt by putting more attention to details. The collars and closures, for instance, are a little different.”

Now that the brand has been firmly reestablished, the two designers want to appeal to a more discerning and upscale market.

Collezione C2, which marks its 40th anniversary this year, has 28 branches nationwide. Its C2 line appeals to a younger, more adventurous market, while the Collezione line is aimed at a more mature and conservative clientele.

Valdez came up with a more varied offering for women in the form of figure-hugging playsuits with peek-a-boos at the back. Since not all women are comfortable wearing body-con dresses, she also designed figure-skimming numbers that downplay and even conceal problem areas such as the hips and tummy.

“I also designed a number of dresses with looser silhouettes made of stretch pique,” said Valdez. “I used a lot of bold colors combined with classic shades such as white, black and navy.”

In lieu of basic and shapeless shirt dresses, there would be more tailored playsuits made of pique. Crisostomo has also introduced pique shorts for men.

Both designers are steeped in the ready-to-wear culture. Crisostomo, a Filipino-Canadian, who also does made-to-order clothes including bridal gowns, had his own RTW line in Toronto while teaching fashion design at Ryerson University.

He started out as a men’s wear designer for private labels in Canada before trying his hand in women’s wear. He also worked for Club Monaco, Shanghai-based Ports 1961 and Toronto-based designer Sunny Choi before returning to the Philippines in 2007.

Valdez, then fresh out of fashion school, worked for a time with furniture designer Budji Layug. She then joined Rustan’s early in the new millennium under Joel Tantoco, and collaborated with Dennis Lustico to work on the U line.

For a time, she also designed for in-house brands of Rustan’s such as Oleg Cassini and Salt, the department store chain’s premium men’s wear line.

Apart from doing Collezione’s women’s line, she designs for Due, the company’s other retail brand exclusively for women. Valdez also does interiors on the side with her interior designer-sister.

Before working with Collezione, the two didn’t know each other. Now, since they need to come up with a cohesive look, they make it a point to work together at Collezione’s Pasig office at least once or twice a week.

That they come from different worlds, as Valdez put it, has worked to their advantage. Instead of treating each other as rivals, they work as partners. They’ve also collaborated on select pieces.

“Noel and I are really part of a team. When he, for instance, comes up with something I like, which would really work as a his-and-hers look, we discuss the possibility of doing it. We do things better together,” Valdez said.

It’s part of the Filipino culture for a good number of couples to wear matching outfits. Although it’s not a big market, it has a substantial presence worth catering to.

“We also ventured into and sometimes created colors and combinations that weren’t usually used,” said Crisostomo. “And since we work as partners, we’re pretty transparent on what we’re working on. The other party needs to know.”

Crisostomo, who never used pique, was more excited than daunted, especially when he learned that the offer came from an established retail brand.

“It was really part of my plan to work with a retail company when I moved back to the Philippines,” he said. “It’s not that difficult to design using pique. In fact, ideas and inspirations kept coming. Stephanie and I really wanted to produce a line that’s different and unique, and I think we were able to achieve it.”

Collezione C2 will continue to sell woven sports shirts, bags and accessories for men and women.