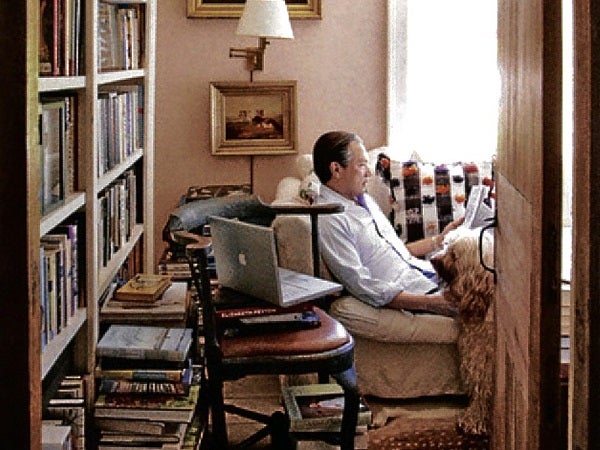 After we wrote about “style-maker” Daniel Romualdez (according to Vogue) last March 18, when the magazine featured the home of fashion maverick Tory Burch in Southampton which he designed, the mag has again put him in the limelight, showcasing the Manhattan-based Filipino architect’s own gorgeous home.

Hamish Bowles writes about “The Quiet American” in Vogue’s October 2012 issue, talking  about Romualdez’s longtime fascination with the gorgeous former Connecticut home of the late American fashion icon Bill Blass—and how he finally got around to purchasing it. “I thought it was ravishing,” Romualdez said of the house the first time he saw it, although he wasn’t looking to buy at the time.

Bowles writes about how Romualdez “preserved the patina” of the late 18th-century stone house and former tavern, leaving the maple floorboards and carrying on Blass’ original collection of antique American furniture—some pieces, he claimed, are actually cheaper than furniture from Ikea or Crate & Barrel.

To transform the setting further, Romualdez, who has become one of American high society’s most sought-after architects, enlisted the help of good friend, garden designer and Vogue contributing editor Miranda Brooks. Romualdez actually had to acquire the property next door to realize Brooks’ vision of an “opened up” landscape and house.

Romualdez, who leads “a fairly solitary and retiring bachelor life” in the house, emphasized that the gorgeous estate is “really about comfort,” he told Bowles. “I don’t entertain here. I don’t want to have a third social life!” The fact that design mavens are hailing his reinvention of Blass’ design speaks volumes about his growing importance as a contemporary architect of note.