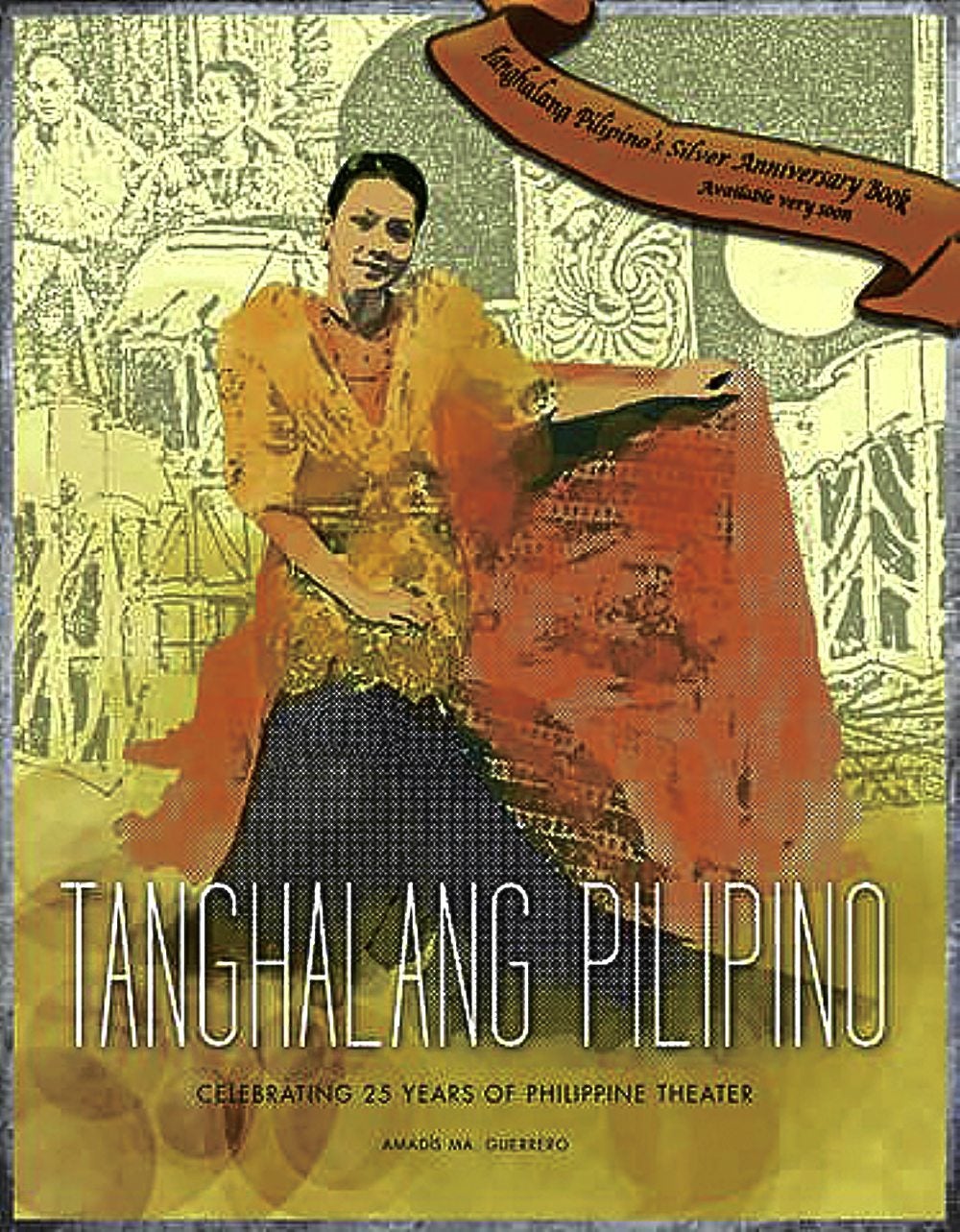 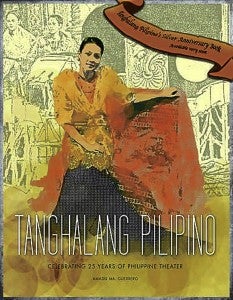 Spearheaded by  artistic director Fernando “Nanding” Josef and written by Inquirer contributing writer Amadis Ma. Guerrero, the 171-page hardcover features a jacket with the image of actress Noemi Manikan-Gomez in costume as the character Angelita from “Dalagang Bukid,” the company’s inaugural production in June 1987.

Her photo is stylized with sketches of the production’s set design in a manner that recalls the style of TP founding artistic director Felix “Nonon” Padilla’s woodprint designs for many of the company’s early souvenir-program covers.

The book is divided into chapters which “deal with material that provided the company with its unique identity.”

It begins with the group’s history; its objectives of “developing a national theater [group] that would develop original Filipino plays and mount translated foreign works”; and the rationale behind its original and updated logos.

Different theater forms  TP has staged are  discussed: sarsuwela (the indigenized Filipino theater form “with songs and dances” that evolved from the Spanish zarzuela); original musicals (with subject matter or themes that range from historical pieces and films to indigenous epics and oral-narrative chants; and even comic-book gender-changing superheroines), and plays that mirror societal issues (from political milieus to personal relationships and everything in between).

Guerrero gives summaries and histories of selected scripts or librettos; quotes from interviews with the productions’ respective directors and other collaborators; and excerpts of reviews published at the time of the productions.

The book reveals the inner workings and processes undergone by the backstage disciplines, featuring composers, translators, set designers, costume designers, and lighting designers who have worked on TP productions.

The book concludes with a section that showcases the actor, specifically the kind of actor molded in the TP spirit.

Padilla’s creation of the Actors Company (AC), the group’s pool of resident actors who perform in season productions and continuously train in performance methods, has since been one of the defining elements of TP.

Josef was part of the pioneer batch of AC (personally invited by Padilla). Former TP artistic director Herbert “Herbie” Go was also an AC member.  Other former AC members have gone on to acclaim as actors for stage, TV and film, or administrators of other theater groups.