‘Larry Can’t Cook,’ but he sure came up with the best resto concepts | Inquirer Lifestyle ❮ ❯ 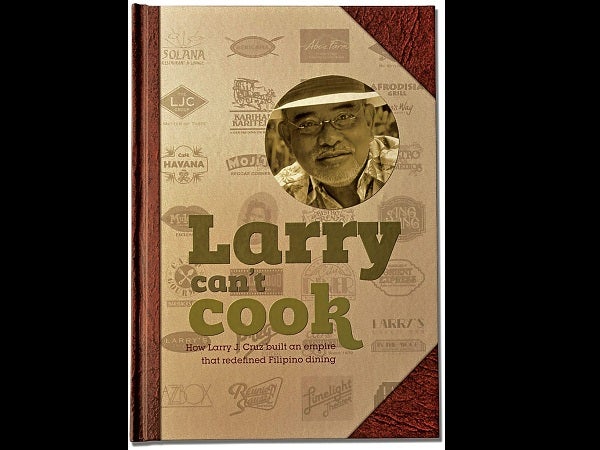 ‘Larry Can’t Cook,’ but he sure came up with the best resto concepts 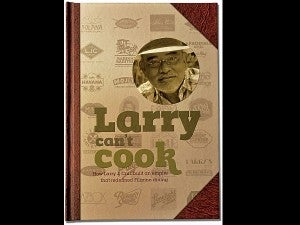 It’s easy to see why most people only know Larry J. Cruz for his restaurants. The LJC Restaurant Group, which he founded in 1980, is known for some of the most successful dining concepts in the country: Café Adriatico in Malate; Café Havana, originally in Malate, now at Greenbelt 3; Abé in Serendra; and Fely J’s Kitchen and Lorenzo’s Way, both at Greenbelt 5. Many of these restaurants are so popular that they have more than one branch, proof that the dining public rates these establishments highly.

But LJC, as Cruz was fondly known among friends and associates, was more than just a restaurateur. At one time or another, he was a journalist, government official, entrepreneur, publisher—and  food lover. “Restaurateur” was just a vocation, a job description he acquired when he opened Café Adriatico in 1980.

If you’ve dined in an LJC restaurant—and who hasn’t?—you owe it to LJC’s memory to pick up a copy of his biography-cum-how-to book “Larry Can’t Cook,”  now available at Power Books, National Book Store and Bestseller branches.

“Larry Can’t Cook: How Larry J. Cruz Built an Empire that Redefined Filipino Dining” is a slim volume; you could easily peruse it in one afternoon. It is a collection of essays on Cruz and how he helped shape the Filipino lifestyle, written by those who worked and were closely associated with him.

LJC himself was supposed to write this book,  but he never got to. In 2008, shortly after he was to start jotting notes for the book,   he died while undergoing cancer treatment in Washington.

This book is more than just a memorial to a great man: It shares the secrets to LJC’s successes.

The son of esteemed writer and artist Emilio “Abé” Aguilar Cruz and erstwhile short-story writer Felicidad de Jesus, LJC was fated to have a prosperous career in journalism. His father trained him in the rudiments of writing and proofreading, skills which would stand him in good stead when he began work as a news writer, and later as news editor, at DZMT.

Cruz had an illustrious career in broadcast media, pioneering up-to-the-minute news reports straight from the halls of Malacañang and the Senate, getting sound bites from the era’s political bigwigs long before this practice became the norm in news reporting. From there he would move on to the Weekly Graphic (associate editor) and Asia Magazine (bureau chief), before being recommended by Blas Ople to be assistant press secretary under President Ferdinand Marcos.

After 12 years in government, he quit to open first, an art gallery, and later, an antique shop. (That antique shop would be his home base for over 30 years, since it would be the location of today’s Café Adriatico in Malate.)

How LJC got into the restaurant business is told in detail in the book. In fact, the genesis of many of his restaurant concepts is delved with thoroughly here, none more so than Café Havana, which to date is still the most popular night spot in the country. Cruz transformed his fascination with Cuba into a unique concept that brought together Latin music (the mambo, salsa and cha-cha-cha), his fascination with old-world charm (antique chairs, tiles and vintage photographs) and food that, while not authentically Cuban, echoed to the memory of Spanish colonial repasts.

The original branch in Malate proved to be the most happening place in town, with expats and locals literally rubbing elbows in its cramped space, until the party crowd moved to Greenbelt 3 in Makati and Café Havana followed them there, too.

Apart from his restaurants, Cruz also pioneered the lifestyle glossy in the country with his Metro Magazine. Patterned after prestigious magazines as the New Yorker and Vanity Fair, it defined the genteel life in the country during the eight years it was in circulation. Although it did not turn out to be as big a moneymaking venture as his restaurants, the magazine earned enough street cred to be snapped up by ABS-CBN Publishing, eventually transforming into the lifestyle and fashion magazine it is now.

There is more to LJC than his business pursuits. His keen observations on life, leisure and food, in particular, get much attention with a collection of his essays that are reprinted at the end of the book. Cruz may not have finished work on this book, but all his life he was literally writing about it, as evidenced in these essays. You only have to read them to know the man fully.