Is the dark-skinned Filipino being onion-skinned? | Lifestyle.INQ ❮ ❯ 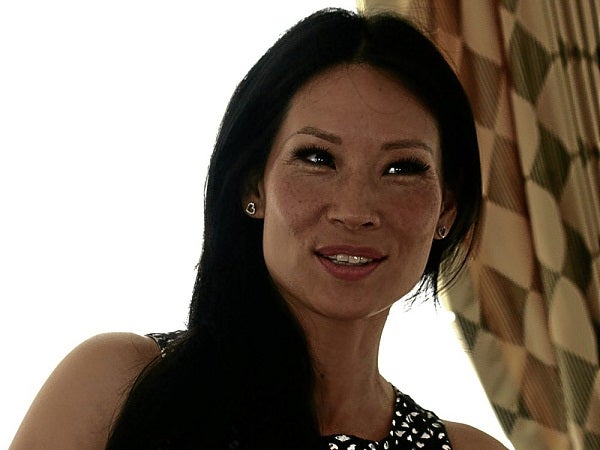 Is the dark-skinned Filipino being onion-skinned?

Are we going through another Teri Hatcher moment? Cyberspace was once more abuzz late last week as angry Filipinos made their sentiments known over a supposedly racist remark Hollywood actress Lucy Liu made on “The Late Show with David Letterman.”

When asked whether she enjoyed running indoors or outdoors, Liu, an American of Chinese extraction, said, “I run on a machine—it’s easier for me. Also, if I get really dark, I’ll start to look a little Filipino. It wouldn’t match if I start getting darker, you know what I mean? I can easily get really dark if I’m in the sun too much.”

Her statement ruffled the feathers of not a few balat-sibuyas (onion-skinned) Pinoys the world over, who expressed their umbrage via social networking sites. Some reportedly even went as far as calling Liu a “cross-eyed Chink.”

Liu, through publicist Carry Gordon, had to issue a public apology, pronto, by way of Filipino journalist Ruben Nepales, Philippine Daily Inquirer’s Los Angeles correspondent: “I’m sorry that my comment was taken out of context, as I would never insult another group or ethnicity.

“Just to clarify, I was explaining why I do not run or exercise outdoors, as my skin tans easily. Because I am playing a character with New York during the autumn/winter as backdrop, it is important that I keep my look consistent with this type of environment.”

As of this writing, Liu has yet to answer Nepales’ follow-up question as to why she used the phrase “little Filipino” if she had been concerned about the consistency of her character’s skin color in the TV series “Elementary.”

Why, would it sound less racist had Liu said “little Vietnamese,” “little Thai” or “little Malaysian?” Would Liu be getting all this flak had she said “tall and fair Filipino?”

I would have probably empathized with a good number of Filipinos over what they perceived as a racist remark if it hadn’t been for the fact that I’m a Filipino myself. It takes one to know one. And I know in my heart that not a few Filipinos are as racist as the Ku Klux Klan.

The fact that we reacted collectively over Liu’s remark hinting that we’re small and dark is in itself very telling. It’s as if we’re ashamed of the fact that Filipinos are generally tinier and darker than most people, particularly Caucasians. Whether we care to admit it or not, looking “white” is still the gold standard as far as our idea of beauty is concerned.

Why, what’s wrong with being diminutive and dusky? Do these seemingly negative qualities lessen our intelligence and humanity?

Liu, based on the report I read, never said that there was anything wrong with being dark and squat. As a petite Asian herself, she probably identified most with Pinoys had she been born several shades darker than her actual skin color.

In contrast, I clearly remember a Pinoy stage mother complaining publicly in disbelief when her fair and statuesque beauty queen-daughter lost to two other contestants in an international beauty contest in the early ’90s.

The woman, who later gained notoriety on Twitter for lambasting people she had differences with, said: “Ay, ang anak ko tinalo ng dalawang negra!” (Oh no, my daughter was beaten by two blacks!)

I’m being kind here by using the word “black.” For all I know, she probably meant “nigger.” From the way she sounded, she found it unthinkable that her mestiza daughter would play second fiddle to her dark-skinned rivals.

I also remember quite well this singer-actress, whose handlers initially tried to package as the new Sharon Cuneta (until the real Sharon reportedly made her feelings known), giggling foolishly on TV over the fact that she regularly has her naturally curly hair straightened.

To the uninitiated, Aetas are an ethnic minority, and considered the first inhabitants of the Philippines. Because of their short stature, dark skin and kinky hair, Spanish conquistadores took to calling them Negritos or little Negroes.

Had there already been Twitter during those days, I would have probably tweeted this reaction: “Aeta? Girl, even the biggest and most muscular Aeta is no match to your physique!”

For generations, even local TV based in Manila is guilty of reinforcing certain stereotypes and dishing out some form of regional slur on certain Filipinos. It has become a cliché, for example, for actors in sitcoms to play maids and houseboys with either thick Visayan or Batangueño accents.

This latest firestorm reminded me of unconfirmed reports circulating in cyberspace years ago, before the advent of Facebook and Twitter, about supposed racial slurs made by such American labels as Tommy Hilfiger and Abercrombie & Fitch against Filipinos.

Hilfiger, the brand’s owner and chief designer, reportedly said in an interview that although Filipinos love his clothes, they don’t look good on them because Pinoys are short and dark.

Abercrombie, on the other hand, reportedly had to deny publicly that they assign their Pinoy staff in stockrooms because they don’t reflect the brand’s overall image. In keeping with Abercrombie’s Waspy packaging, only “typical” Americans (preferably blond and blue-eyed) are allowed to deal directly with customers.

Even Mariah Carey became the target of rumormongers. The R&B diva was said to be holding a concert in the US when she reportedly asked her fans, “Are there Filipinos in the house?”

When Pinoys in the audience stood up to be recognized, Mariah reportedly said these two short words: “Get out!” Of course, these urban legends remained legends in the absence of damning evidence.

With a smoking gun that eventually went viral, Liu’s case is different. Before her, Hatcher, a fellow American actress, found herself in hot water among Filipinos for lines mouthed by her character in “Desperate Housewives” about how poor the state of medical education in the Philippines is. Unlike Liu, Hatcher, or, more specifically, the show’s writers, had it coming.

Filipinos, of course, have every right to react. We may be a happy and fun-loving people, but we’ve also shown that we’re not taking such unfair generalizations bordering on racial slurs such as Hatcher’s sitting down.

But as we make our feelings known, let’s also remember that we’re also guilty of various forms of racial discrimination not only against other people but also against our own. Lighten up, guys! It would also help if we do a thorough self-examination first before we hit the post button.

This piece first came out in the author’s blog, alexyvergara.wordpress.com.