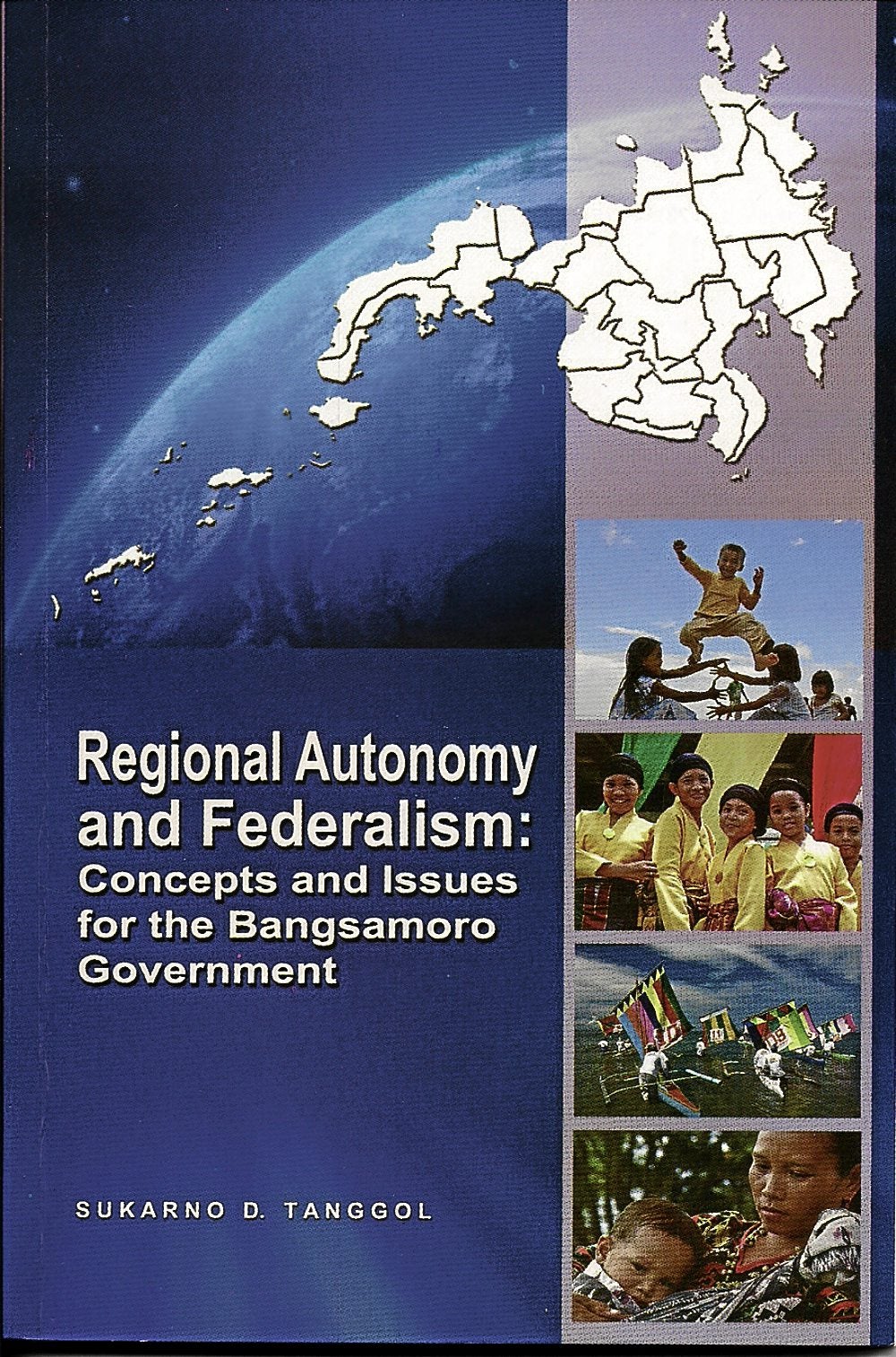 Book says federalism may be best remedy to Mindanao conflict The book may serve as an important resource for  political  science,  governance and even contemporary Philippine history.  Its discussions of the evolution and ideology of federalism are brief but substantial.

Tanggol starts  his book  with a short background of the conflict in Mindanao. The points he raises in this chapter are really nothing new since these issues have been raised  and echoed elsewhere by  Rudy Rodil, Samuel Tan, Jamail Kamlian  and  Nasser Maruhomsalic, among others. What is novel about  Tanggol’s work is that he attempts to craft his account  of history  in such a way that the narrative paves the way  for federalism as an option for governance.

A significant part of the historical background is the inclusion  of the  Memorandum of Agreement on the Ancestral Domain (MOA-AD), a major setback in the GRP-MILF  peace process. I agree with Tanggol when traced the failure of the failed agreement to the wounds “borne of past animosities and conflicts.”

Tanggol has every right to lambaste some politicians who “ride on the emotions of the public to score points even without the benefit of objectivity and rationality.”

In  the next chapter, Tanggol tackles federalism. For him, if there are successfully federated states such as those in the Americas and Europe, there are failures as well like the former  Soviet Union, United Arab  Emirates and Indonesia.  He’s partial toward Watt’s federal model.

Tanggol considers issues of ethnicity and nationalism as conditions that may affect federalism.  He points to marginalization as  a major source  of conflict and how  federalism can serve as a tool for its resolution.

But Tanggol is not quick to propose federalism as the ultimate solution to the Bangsamoro issue. He shows how federalism worked for Switzerland, a country of diverse ethnicities and religion like the Philippines.

He underscores that even though the Philippines and Switzerland  are  “both faced with diversity… they have very diverse diversities”  in many aspects.  Despite this,  the Swiss model may be emulated and adapted for the Philippines.

In  the penultimate chapter, Tanggol lays down a clearly articulated proposal for federalism  in the Philippines using  Watt’s theories.  What is worth noting  is that  while federalism has the potential for bringing closure to the Mindanao problem, Tanggol is quick to point out gaps  that may cause its failures. For instance,  he cites  mutual distrust  between the  GRP and the Moros and the Christians.  There’s also the  existence of a small group that “always  succeeds in stalling peace efforts for their vested interests.” There are also the perennial problems of poverty, violence, and graft and corruption of Mindanao leaders.

Overall, the book is a good read and deserves a space in the shelves of  those who are interested in the Bangsamoro issue.