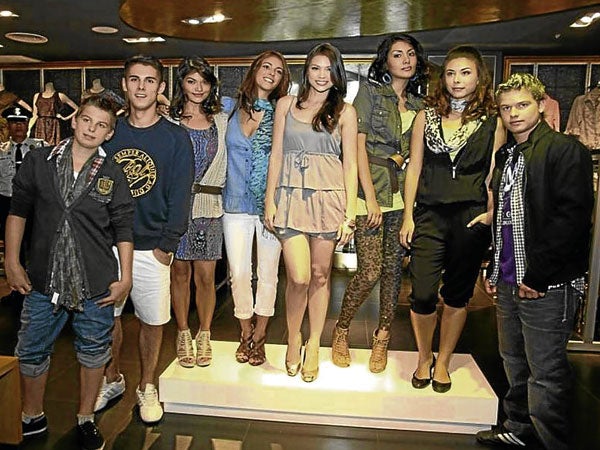 It has been a turbulent seven months, dahlings, that we’ve stayed in and gone out, but we have become selective. We have also been overrun by a tsunami of Brazilian and now Spanish models who have hijacked our parties, PR events and social columns.

But when it helps our dear Philippine TV industry get even brighter and more exciting, well, I just couldn’t ignore such a glam happening, dahlings; after all, it’s one of my favorite channels!

E! Entertainment Television, the world’s only 24/7 channel exclusively dedicated to entertainment and celebrities, invited moi to be one of the VIPs to mix with tons of Cosmo Manille’s beautiful people, as we enjoyed an evening of great food and awesome entertainment, making it the bash of the month, dahlings.

The chi-chi Establishment was packed like a Hollywood Academy Awards after-party, where the gorgeous and the famous, with a dash of “who is that,” mingled over glasses of the must-have bubbly—Moet & Chandon, natch!—and Belvedere Vodka. Other sponsors were The Peninsula Manila, Bench, Gelatissimo and MAC Cosmetics.

It was easier to say who was not there, palanggas, so I will let the photos show you who was partying E!-style!

Also there was the fun, gorgeous, and down-to-earth gal (despite her popularity) and one of the party hosts Georgina Wilson. (I heard the other host, S. Heussaff, was there, too, but I didn’t see her or hear her.) Then there were Rep. Fred Tinga and wife Kaye Chua, Bong Osorio, March Ventosa, Andrej Wisniewski and wife Myrza Sison, and Rod Nepomuceno.

Jetting in from Singapore for this glitzy launch was none other than the charming and dashing Dominic Lau (also one of the party hosts), who is the host of E! News Asia, no less, dahlings. Another namedroppable was the mega head-turner and eye-catcher, statuesque blonde beauty Christine Fellowes, managing director, Asia Pacific Universal Networks International, who was so stunning that many mistook her for a Hollywood movie star, dahlings. Also there was feminine beauty Yasmin Wong, marketing director, Asia Pacific, Universal Networks International. Both flew in from Hong Kong, while cyber-smart dusky beauty Leilani Fariñas, VP for marketing NBC Universal International, breezed in from the US to do the formal launching of this event.

In Leilani F’s short welcome speech, she said, “The Philippine launch of E! Entertainment Television reinforces the channel’s growing popularity and appeal to both Filipino viewers and advertisers alike,” while Christine Fellowes continued, “This launch enables us to continue E!’s groundbreaking momentum in pay-TV viewer enjoyment via top-quality and up-to-the-minute Hollywood entertainment content across Asia.”

And the best news is that E! will be airing the latest episodes of these awesome programs simultaneously with the US.

Now, palanggas, that’s totally doing it Hollywood-style, from the comfort of your home. Looove it!

The word “Esprit” alone means you’re getting one of the world’s popular brands, dahlings, for women and men, with 1,100 directly managed retail stores and over 12,000 controlled spaces internationally.

Well, dahlings, one of the country’s iconic department stores, Cinderella, added another feather to their already awesome cap when they unveiled their newest and grandest concept store at the second level of SM Megamall Bldg. A, with some of Esprit’s latest eye-catching collection of cool white hues, khakis, gorgeous plaids, floral prints and versatile use of all-time favorite denims.

“Esprit is imbibing the casual clothes that will easily take you from day to night, spelling out comfort, fun and sophistication that endures, youthfulness, and it’s even for the young at heart,” explained Cinderella CEO Arthur Coronel.

It’s not surprising at all that the gorgeous and so unaffected Rhian Ramos embodies the effortless beauty of youth as Cinderella’s newest endorser. During the launch, she was flanked by the rest of the Cinderella family—Arthur Coronel (CEO); Therese Coronel Santos, vice chair; Richie Coronel Santos, VP for merchandising; and Malou Coronel de Venecia, marketing director.

Then it was time to watch what all this happening was about, the spectacular mini fashion show where the invitees couldn’t get enough of Esprit’s incredibly delightful Spring-Summer collection, which totally deserves a wow, dahlings.