Concert fit for a ‘King’

Lucresia R. Kasilag (1918-2008),  “King” to her colleagues and “Tita King” to the younger generations, is remembered as a composer, educator, cultural administrator and a psychic healer.

All of these were highlighted during the recent concert held in her honor on her natal day at the Conrado Benitez Hall of Philippine Women’s University at Taft Avenue, Manila. The concert was also mounted in connection with the 65th anniversary of the School of Music.

Regarded as the Grand Dame of Philippine Music, Tita King wrote her compositions late at night, when the world was sleeping, burning the proverbial midnight candle to beat the deadline when the world would awaken.

Her composition radically departs from what people usually hear, summed up in the idiom: “walang tono,” a reference to atonal music people summarily dismiss as “weird,” owing to their inability to understand it as a result of their long exposure to classical as well as romantic musical styles. 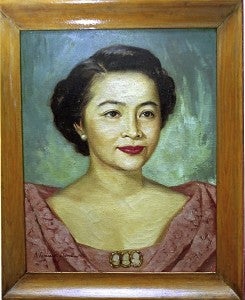 As a composer, she started writing in the classical idiom, until she blazed the trail in espousing the compositional philosophy of blending East and West, that is, fusing the great musical traditions of both worlds. In such a style, her artistry blossomed.

University alumni, administrators, students and friends of the late honoree were on hand to make the concert, preceded by a Mass, a resounding success.

Tenor Jonathan Coo, known as a concert pianist, surprised the audience when he intoned “Ave Maria,” an early composition of the honoree, with his naturally placed voice for the doxology number.

Felicidad Prudente, dean of the School of Music, warmly welcomed the audience; and Wilfredo Inocencio, representative of the PWU Overseas Alumni Association, conveyed the elation of alumni for the celebration.

Alumna Fides Cuyugan-Asencio said her association with Kasilag started on a professional note and blossomed into a personal friendship. She said that, with the late Vilma Santiago-Felipe and Zenas Lozada, they formed a quadrumvirate, sharing what was current on the musical scene, spiced by “cheesy conversations.”

Asencio’s last professional tie-up with Tita King after their initial tandem in  “Larawan ng Kababaihan (1980)” was their collaboration on the music theater, “Why Flowers Bloom in May (2008).”

She called on Marvin Gayramon to render a rap number from the work, “Basura,” to the delight of the audience.

“Her voice is still intact!” remarked a listener.

PWU president Francisco B. Benitez informed the audience about the thrust of the School of Music. He said programs on popular music and music technology had been added to complement the regular fare on classical music training.

The need for such training in the new genres is greatly felt today, especially since Filipinos have an innate musicality, he explained.

The Ambassadors of Light, a choir of “persons without eyesight but with pleasing voices,” had earlier sung at the Mass and rendered the highly moving song on filial love. “Si Nanay, si Tatay,” a Bicolano folk song.

Previously, one of its singers, Loise May Fami, rendered solo the honoree’s arrangement of the Visayan folk song “Dandansoy.”

The finale featured a bigger work of the honoree, “Divertissement,” which is largely built on the singkil rhythm, scored for two pianos played by Harold Galang and Sheryl Ann de Dios, and for ethnic instruments played by the Philippine PWU Music Ensemble Alumni.

From Melou Benitez Reyes, former PWU president and a current trustee, came the information that another gift manifested late in Tita King’s life was psychic healing. She told the audience about Tita King’s telekinetic gift of bending a spoon through sheer concentration and her ability to heal people.

Tita King, summed up Reyes, was a jolly person who lived holistically. She lived a clean and full spiritual life, accepting God’s will without any complaint.

It was perhaps her deep spirituality that enabled her to perform psychic healing.

An amiable person, she scared person on initial encounter with her sharp way of looking at them from head to foot before she spoke in a scary, deep baritone voice. But the fear would soon be gone, as she readily lent her hand in assisting so many musical artists who forever remained grateful for her kindness.

Fittingly, Irene Marcos-Araneta described her as a “lady with a joyful twinkle in her eye!”