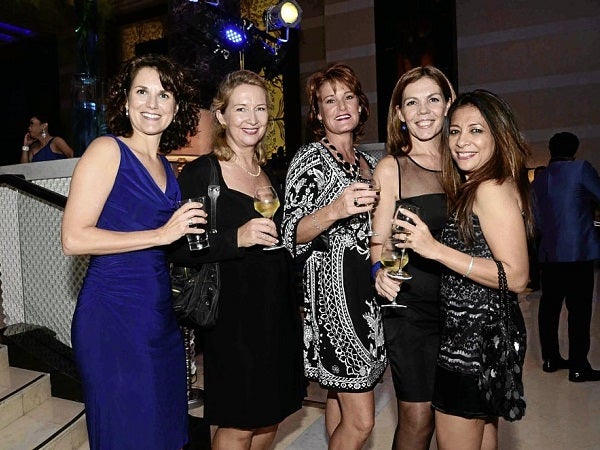 (Homebodies delight in state-of-the-art appliances, while Radisson Blu finds an excuse to throw a party)

“These make me want to build a new house” was an oft-heard sentiment the night Focus Global launched its showroom in Cebu.

The exclusive Philippine distributor of the world’s top home furnishing brands opened its doors to Cebu’s select few at the aptly called Design Center of Cebu, a one-stop shop for the things you need to furnish your new home.

Volker Betsch, managing director for SieMatic Far East; Edmund Schorr, director of sales for Sub-Zero and Wolf in the Asia-Pacific region; and Tempur’s Simon Walsh, senior vice president for Asia-Pacific, and Nesim Majzoub, regional director for the Middle East, Africa and Asia flew in for the showroom’s grand launch to cut the ribbon and entertain guests’ questions about their sexy, state-of-the-art products.

Self-declared homebodies couldn’t resist checking out the showroom for new kitchen and home ideas, and hobnobbed with the owners and their friends from the media, Cebu’s design industry and top restaurateurs.

The Abaca Group’s latest baby, Italian-inspired restaurant Tavolata—also at the Design Center of Cebu—impressed the guests with their canapés and drinks.

Speaking of a party with all the elements right—lovely aperitifs, great company and a phenomenal band—Radisson Blu Hotel Cebu’s general manager Lyle Lewis got many a pat on the back for his local Blu Day celebration, a day celebrated by all Radisson Blu hotels throughout the world.

We think it was just another excuse to party, and Turn Cebu Blu at the lobby bar was a phenomenal Blues Brothers-inspired one, with Cebu’s best classic rock and blues band Cuarenta rocking the scene in full attire, complete with the tie and wayfarers.

It was fun feeling blu, and if you want more proof, check out the hotel’s video featuring Lyle and his team dancing Gangnam-style at the hotel lobby—it earned them the Carlson Rezidor Hotels and Resorts Asia Pacific Hotel of the Year Award for 2012.