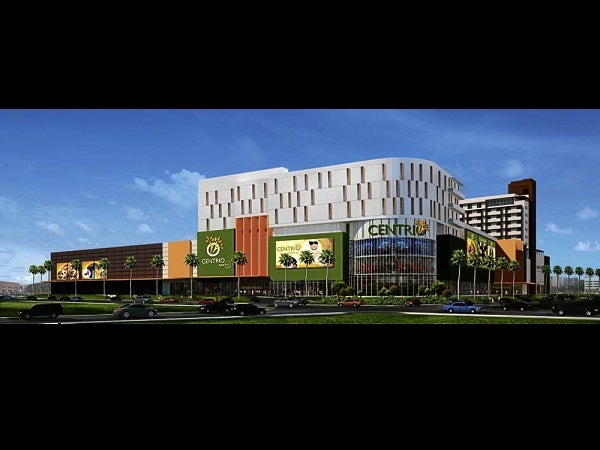 The crowd that gathered last week to witness the opening of Centrio, the new Ayala Mall in Cagayan de Oro City, had been expected given how this was the company’s first mall in the southern city.

What surprised this writer, however, were the two giant acacia trees lording it over the space at opposite ends of the quadrangle. The trees had been standing there for decades when the property was still owned by the Anflo Group of Companies. Now, the Centrio development is a project of Cagayan de Oro Gateway Corp., a joint-venture company between Ayala Land Inc. (ALI) and the Anflo Group.

When blueprints were being drawn up for the mixed-use project, the trees were always a part of it. This environmentally conscious stand of the mall was shared by officials who listed other steps they had undertaken to limit their carbon footprint.

These include installing a cooling system that takes into consideration the needs of the tenants and adjusts accordingly, and a rainwater collection unit for the property’s many plants and shrubs, among others.

Even the questions from local reporters did not stray from the ramifications of the 3.7-hectare project that will consist of the mall, an urban lifestyle hotel, residential condominiums and an office development. After the heartbreaking tragedy caused by Tropical Storm “Sendong” in the cities of Cagayan de Oro and Iligan last year, locals cannot be faulted for being on edge.

Still, ALI president Antonino “Tony” Aquino remarked how the “unprecedented crowd at a mall opening” was proof that “Cagayan de Oro has bounced back a year after the unfortunate natural disaster.”

Some of the Manila-based tenants at Centrio who attended the opening likewise expressed optimism on the success of the mall.

Richard C. Santos, managing director for Esprit and Clarks, said that while the market in Cagayan de Oro might not be as big as the one in Davao, he was confident the brands they distribute will do well.

“I decided to just bring in the casual line of Esprit because it is the most saleable of our three ranges that includes the Esprit collection and EDC. We believe in the potential of Ayala because their market is really our customers,” Santos said.

Aside from the sight of the giant acacia trees, first-timers at Centrio might also be surprised at the huge Starbucks occupying an enviable space overlooking the quad. Unlike its other branches in Manila that are more compact, the one at the new mall is as big as a midsize restaurant.

Enrique Antonio Tantoco Lopez, planning manager for store development at Rustan Coffee, told Inquirer Lifestyle that they chose to open a 170-square meter space because “coffee drinking has become part of the lifestyle of many Filipinos.

They feel at home with the Starbucks brand that is celebrating 15 years in the Philippines next month.”

One of the biggest local lifestyle brands is also opening a number of stores at Centrio. Bryan Lim, vice president for business development at Bench, said that aside from Bench, they are also opening Human, Kashieca, Face Shop, Cotton On and Aldo at the mall.

“We have long been aware that the Cagayan de Oro market is a strong one since we have branches at the other malls in this city. We have seen how the market has grown and are excited with the opening of Centrio,” Lim said.

In an earlier interview, Rowena Tomeldan, ALI vice president and head of operations for commercial business group, said that whenever they open a new retail center, they make it a point to advocate 10-15 percent of local concepts. These are local brands, whether food or retail, that have grown their businesses and are ready to open at the mall.

Candy Lu, owner of the prettily designed Candy’s, which serves savory items and sweet desserts, recounted how her confidence increased when she was approached by ALI and asked if she wanted to open at Centrio.

“I only have one other branch but now, I want more people to know that they can eat at a really nice place without having to pay so much,” Lu said.

“We really allot spaces for these local brands. In fact, we want more of them to join us,” ALI’s Tomeldan said.