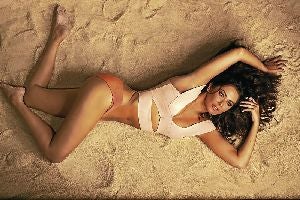 IN AN EXACTING industry where looks are everything, Ruffa Gutierrez is one lucky woman who seems immune so far to weight problems. But after giving birth to Lorin and Venice the normal way, the actress was dying to have a “tummy tuck” to get rid of loose, unsightly skin in her tummy area.

“I watch what I eat and lead an active lifestyle,” she said during a recent media event for Belo Medical Group at Peninsula Manila’s Salon de Ning. “But no amount of exercise could address loose skin.”

But when she learned from Dr. Vicki Belo that the outmoded procedure is “super” invasive, Gutierrez soon had second thoughts about getting a tummy tuck. The procedure requires a cut from one end of the hip to the other to allow the doctor to lop off excess skin.

“I’m afraid of anything invasive, even injections,” she said. “I’ve never had liposuction. And why would I allow myself to be cut and, in the process, get a long permanent scar after I’ve given birth twice naturally?”

She was content to live with her lawlaw (loose) skin until Belo offered her the option of undergoing BodyTite, an Israeli technology that sucks out excess fat as it tightens loose skin. BMG has been offering the procedure for more than two years now.

The “semi-invasive” procedure, which Belo likened to laparoscopy to get rid of gallstones, requires a series of half-inch incisions to allow the doctor to insert the device. So-called incision marks, she assured, disappear within six months. 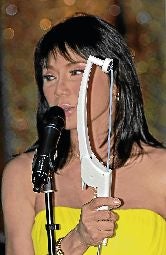 Like liposuction, the BodyTite device comes with a small cannula designed to suck out unwanted fat on problem areas. But unlike liposuction, BodyTite’s cannula is connected to a small machine that sends out radio frequency waves that zero in and tighten loose skin.

“This tip which sucks out the fat and the one on top (outside the skin) talk to each other,” said Belo. “As the doctor works on sucking out excess fat, radio frequency waves work on directly tightening the skin where unwanted fat once was.”

Liposuction, she added, doesn’t do anything for the skin. Sometimes, especially among young patients, the skin contracts after liposuction. But most of the time, it doesn’t.

Depending on the amount of fat that needs to be sucked, it usually takes a doctor three hours to work on a specific area. Patients don’t feel a thing during the procedure since they undergo sedation using twilight anesthesia.

BodyTite has minimal downtime. In the case of Gutierrez, for instance, she was already up and about the next day meeting with colleagues and Channel 5’s creative team as they made preparations for a new soap opera.

Less than a week after undergoing BodyTite, she was already hosting “Paparazzi,” a TV talk show also on Channel 5, wearing a binder underneath her dress. She was prescribed antibiotics and painkillers to manage the pain.

“My body felt a bit sore, like I exercised the entire day,” she said. “Of course naman, you can’t go out dancing or doing manual work a day after the procedure.”

She was able to resume her normal activities, including cross-training with a physical therapist, a few weeks after undergoing BodyTite. She felt a bit bloated for almost a month from all the anesthetics. But after two months, she looked and felt thinner and tighter than ever around the middle.

“The nice thing about it is you can use BodyTite almost anywhere, including your arms, back and thighs,” said Belo. “I’ve had my armpits done a few weeks ago to get rid of the lawlaw skin. It really worked. As a woman hits a certain age, one of the most difficult areas to address is skin on her armpits and upper arms.”

But it took Gutierrez, the “scaredy cat” that she is, said Belo, some convincing before finally giving BodyTite a try. Thanks to Jinkee Pacquiao, wife of boxer Manny Pacquiao, Gutierrez finally said yes.

“It wasn’t even me who saw Jinkee, but my mother,” she said. “She was raving at how slim and beautiful Jinkee was after they saw each other at Jun de Leon’s studio. In fact, my mom was shocked because it took her some time to recognize Jinkee.”

Pacquiao told Annabelle Rama, Gutierrez’s mother, how happy she was about her body. Even her ladies’ man of a husband had eyes only for her. How bad could it be, Gutierrez, who claimed to be loveless at the moment, told herself.

“When Jinkee told my mom that Manny started being loyal to her, I said to Dr. Belo, okay let’s do it,” said Gutierrez.

That was last November. Gutierrez has managed to retain her figure after the procedure, as she slipped into one bikini after another for publicity shots for BodyTite. And she hastened to add that photographer Mark Nicdao didn’t resort to Photoshop to enhance her figure.