How to enjoy your whisky–especially if it’s the Scottish kind | Lifestyle.INQ ❮ ❯ 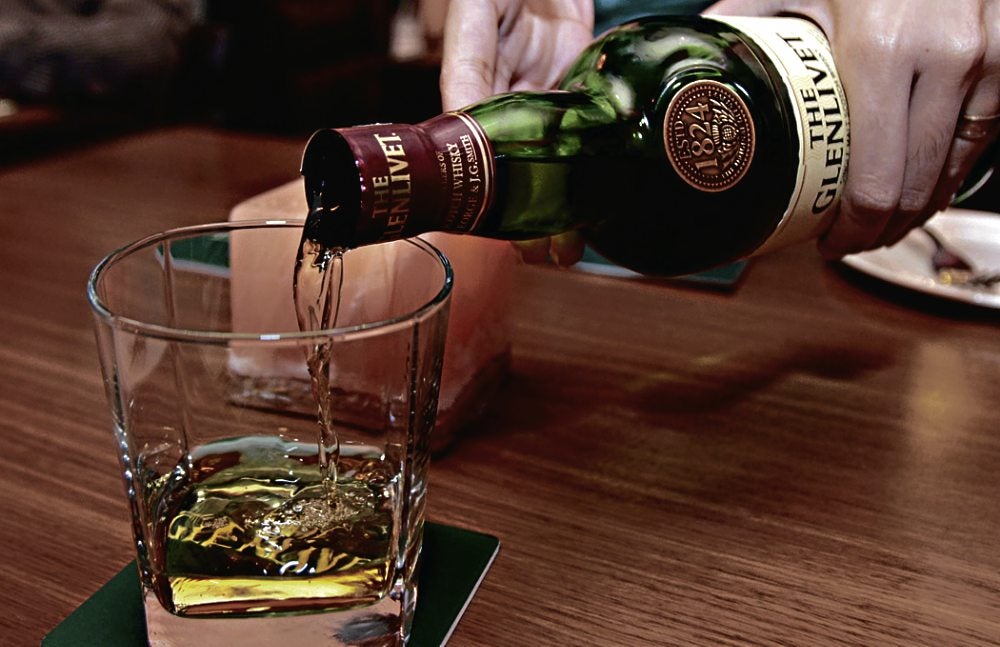 HOSIE says mixing whisky with other liquors should complement and not hide the flavors that were aged to perfection.

In the highlands of Scotland, one region has been known to produce the best whisky in the world since the early 1800s. The Glenlivet region has been home to the whisky and distillery of the same name.

As the first legal distillery in that part of Scotland, Glenlivet was much-admired, such that many distilleries went to great lengths to reproduce the same whisky product and even add the word Glenlivet after their own distillery’s name.

But a legal ruling in 1884 said that only the original single malt could be named “The Glenlivet.”

While still leading the whisky industry for more than 200 years, Glenlivet acknowledges that there has been a change in how whisky, particularly single malt, is now consumed.

“In the past, whisky would have been consumed straight from the pot, and that could vary quite dramatically in quality and flavor,” Hosie said. “But we are very fortunate to live in a time where whiskies are of the highest quality and consistency, and benefit from a very careful and selective maturation process.”

Nowadays, he said, drinkers are always looking for something new and of high quality.

“If they enjoy The Glenlivet 12 years old, they may want to try The Glenlivet 15 years old French Oak Reserve. We [at Glenlivet] need to adapt and offer something new and high-quality to our fans. One of the great things about malt whisky drinkers is that they love to go on a journey of flavors, and single malts offer this.”

A whisky drinker himself, Hosie said that in his travels he had seen many ways by which whisky is enjoyed. Drinking whisky is a matter of preference, he noted. He himself enjoys his whisky in two ways—on the rocks or with water.

Whenever he’s in Asia where it’s usually hot and humid, Hosie prefers to have his whisky with a few cubes of ice. But when he’s at home, he just adds some water to his whisky and lets the water “open up the whisky and gently release the lovely, soft and complex aromas.”

Although he does not discourage mixing whisky with other liquors, he said it should complement the whisky and not hide the flavors that were aged to perfection.

“A mixed drink that I enjoy, especially on hot days, is a high-ball glass with some ice and a measure of Chivas Regal 12 years, topped with ginger ale and garnished with a slice of lime,” Hosie said.

Traditionally, whisky has been thought of as a drink that you can have before and after dinner. Nowadays, Hosie said, any time is the best time to enjoy whisky.

“The complexity of the flavors in The Glenlivet makes it an ideal whisky for enjoying with food.”

First-time whisky drinkers shouldn’t rush the experience, he said. “It is important to remember when approaching whisky for the first time that the flavors and aromas about to be experienced have taken many years to create and are very complex.”

Add a few drops of water, he said, and have a nose and taste. Then, add a few more drops until one hits the perfect whisky spot—then drink away.