For Belo, only Botox–the real one–will do | Lifestyle.INQ ❮ ❯ 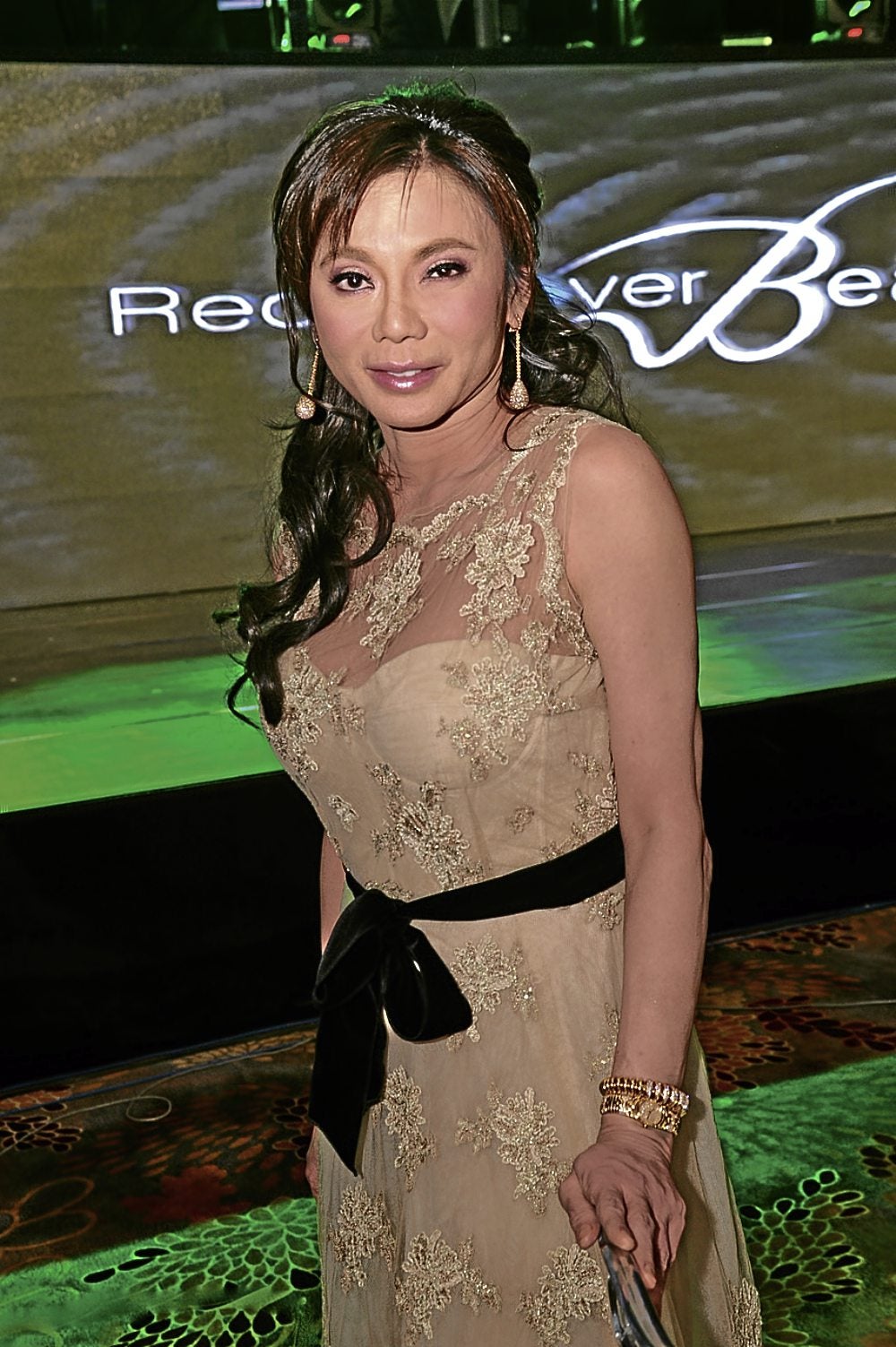 One of the main reasons Dr. Vicki Belo closed her beauty clinic in Glendale, California, earlier this year was a disagreement she had with one of her business partners.

Located an hour away from downtown Los Angeles, the clinic was Belo’s first abroad. It opened to great fanfare in June last year, only to close 11 months later.

“The clinic was doing well,” she said. “But I wasn’t happy with the way certain things were being done. Before it turned a year old, I decided to close it.”

The disagreement had to do with whether to use Botox or a cheaper alternative made in Germany. The brand Botox, also known by its generic name Botulinum Toxin Type A, is made by US-based Allergan.

Belo recently graced a dinner event at a Makati hotel hosted in her honor by executives of Allergan.

According to a press literature, Botox has been proven to be the most effective option in eliminating “dynamic” wrinkles such as forehead lines, lines between eyebrows (what Belo dubbed as “once” or the number 11 in Spanish), crow’s feet or lines near the corner of the eyes.

“Despite all the advances we’ve seen in the field of beauty, there would always be use for Botox,” said Belo, who has been using it in her clinics since 1995, or seven years before the US Food and Drug Administration approved it for use in the US.

Fillers, for instance, can only plump up hollow areas and deep lines, but they won’t be able to keep muscles from moving involuntarily during the course of the day.

“Every time you frown, smile or raise your forehead, your muscles and skin crease,” said Belo. “Before long, you create these grooves or deep lines. If I fill in those grooves without paralyzing the muscles with Botox, you will still be able to move those muscles.”

Fillers would then be squeezed out of place, resulting in tiny unsightly bumps in various parts of the face. But if you don’t address, say, deep lines between the eyebrows with fillers, no matter how much Botox you use, the lines would still be visible.

“So Botox and fillers work hand in hand,” Belo said. “They complement each other. In a number of cases, you can’t use one without the other.”

Mixed with saline, Botox, which comes in powdered form, is injected in strategic areas of the face such as the forehead, between eyebrows and under the corners of the eyes to either temporarily eliminate or diminish the appearance of wrinkles and deep facial lines.

In short, it’s a form of toxin that temporarily paralyzes targeted facial muscles from three to six months. While Belo has been using only Botox for decades, the head doctor and part-owner of the defunct Glendale clinic insisted that they ditch Botox in favor of the German brand.

“I was initially open to it,” she said. “But I had to try it first. When I asked one of my doctors here in Manila to inject me with the German brand, I found it too painful.”

To pain-averse Filipinos, which formed the bulk of her clients in Glendale, the cheaper alternative wouldn’t do. In a way, Belo’s hands were tied because, apart from the distance, she couldn’t practice in the US without a license.

“That was one of the main sticking points that made me decide to close the clinic,” she said. “There was no point in calling it a Belo beauty clinic if they couldn’t do it the way we do it in Manila.”