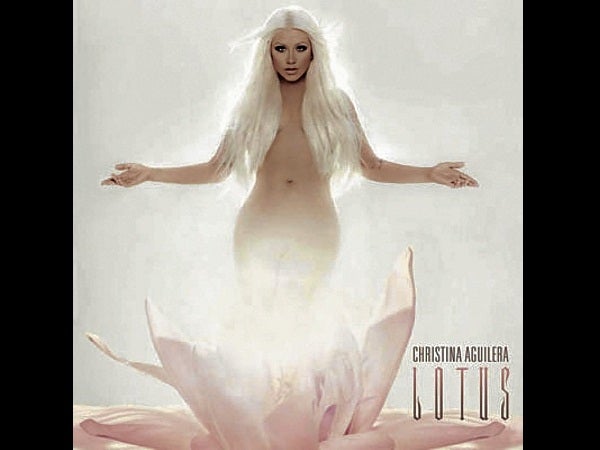 One of the reasons a lot of people—both fans and haters— have been waiting for Christina Aguilera’s latest album is because they want to find out how it would compare to the singer’s previous album, the commercially disappointing “Bionic.” While there were those who appreciated it for its attempts to be experimental, there were also those who criticized it for being a hodgepodge of songs that didn’t sound cohesive.

The album’s disappointing performance on the charts and low sales weren’t the only dips in Christina’s career. Around that same time, her movie “Burlesque” got mixed reviews. She and Jordan Bratman got divorced. She forgot the lyrics to the national anthem at the Super Bowl. And this mysterious liquid (which turned out to be fake tan spray) dripped down her legs during a performance at Etta James’ funeral.

It didn’t take long, however, before this fighter bounced back. She returned to the boob tube via the talent search “The Voice” and even scored a number one hit, her collaboration with Maroon 5 called “Moves Like Jagger.”

Now she has a new album, “Lotus,” which looks like her comeback album—her angry and semi-vengeful comeback album, to be exact. Several songs are addressed to her haters, and tackle subjects like revenge and moving on. For example, the empowering “Empty Words” (which sounds like something Kelly Clarkson would kill for) is perfect for that ex who wronged you or that frenemy that bullied you, thanks to lines like “You won’t break me” or “You can’t take me down.”

And then there is the interesting-sounding “Circles,” which starts with an intergalactic melody and then progresses to a headbang-inducing chorus. The tongue-in-cheek chorus says it all: “You can spin around in circles on my middle, middle finger.”

The list of tunes for haters doesn’t end there. “Best of Me” is a ballad that talks about not being a victim anymore. “Shut Up” is an upbeat ditty loaded with expletives, dedicated to someone self-absorbed. And then there is “Army of Me,” which can very well be “Fighter” 2.0.

The album thankfully has a bunch of fun, happy dance songs, too, most of which are about sex (after all, we’re talking about the singer who came up with the song “Dirrty”). Apart from the carrier single “Your Body,” which talks about one-night stands, there is also “Around the World” (“Imagine all the things we can do in one night”) and “Let There Be Love” (“Let there be love here in the dark”).

Some of the fast songs can remind you of songs by more contemporary artists such as Rihanna, which is bad for Christina. Someone established and vocally talented like her shouldn’t really be compared with or pitted against  younger pop stars. Then again, if these songs will appeal to people from this generation and score her a hit, that would be good for her.

“Lotus” is a reminder that Christina shines the brightest when she sings heart-wrenching ballads. Fortunately, the album has its share of such slow songs. There is “Sing For Me,” which, although a little giggle-inducing because of its lyrics, flaunts Christina’s signature growls, falsettos and runs. It’s the type that untalented people will want to use for singing contests (and unintentionally butcher, of course).

There is also “Just a Fool,” rumored to be the next single. This duet with her cojudge/coach on “The Voice,” Blake Shelton, is a pleasant surprise. Their voices and styles may be different but the end result is wonderful. This kinda country song might just make you start to like country music.

“Lotus” is actually filled with a lot of strong, catchy songs (such as the inspiring “Light Up the Sky” and the super-fun “Red Hot Kinda Love”) that will most probably never be released as singles, no matter how good they are. As a whole, “Lotus” is more cohesive and commercial than “Bionic.”

It has a great mix of power ballads and fun up-tempo tunes. And while it’s obvious how some of the songs sound like they were created to make Christina more appealing to younger listeners, it’s good to know that despite this, the Christina that we love—you know, the one with that impressive voice, the one who does vocal gymnastics like her life depended on it—is the same Christina in “Lotus.”