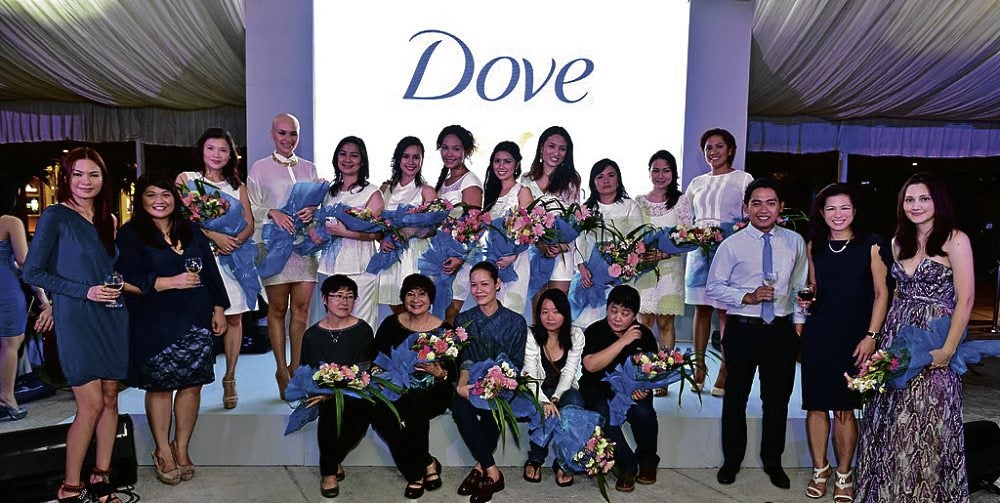 Dove seeks to realign the parameters of what is considered beautiful with “Women on Women,” a photography exhibit that looks at the stories of common Filipinas through the lens of some of the country’s top female photographers.

The “Dove Women,” as they are now called, have stories that range from inspiring to impressive. Urban planner Michelle Lim, videographer Sabs Bengzon and chef Jackie Ang-Po are making inroads in male-dominated professions. Olympic archer Rachelle Ann Cabral, author Samantha Sotto and museum curator Maria Isabel Garcia have achieved success in their fields. Mother-and-daughter duo Jennifer and Jillian Bantang, lupus survivor Kat Catapusan and alopecia sufferer Abby Asistio all present blueprints for living lives, be it in the face of maladies or the challenge of rearing good offspring.

“This photo exhibit is a celebration of real beauty,” said Dove brand manager Julian Gollayan. “The stories of the 10 Dove women prove that in our country, beautiful women with beautiful life experiences are in abundance. By highlighting their stories in the photo exhibit, we hope to inspire women from all walks of life to know and believe that they are beautiful in their own right.”

“Our voice is becoming more important in the world. The photography exhibit is an expression of how we can make that voice more clear to people,” added photographer Sara Black. Along with Black, nine other photographers sought to capture the lives of their subjects through a single photograph, namely Denise Weldon, Jeanne Young, G-nie Arambulo, Isa Lorenzo, Lilen Uy, Jo Ann Bitagcol, Mandy Navasero, Pilar Tuason and MM Yu. Black, who conducted a photo shoot with Ang-Po, looked to capture an unadulterated depiction of her subject. “I really wanted to portray that person for who she is and try to put as little of myself in the photograph as possible,” she said.

In spite of the exhibit’s thrust in delivering an uplifting message, some of the subjects had a more simple reason for their involvement. “To be honest, it was my daughter who twisted my arm because she was excited about the prospect of seeing her mommy on a billboard,” said Sotto, referring to the campaign’s giant ads on Edsa. Sotto, the author of “Before Ever After,” joked about the experience of seeing a giant image of herself on the busiest road in the country. “I think there should be a support group for women who see their arms that big on a billboard.”

The 10 women included in the exhibit were selected from thousands of participants who submitted entries to Dove’s online campaign. The “Women on Women” exhibit is still up at Bonifacio High Street Central in Taguig City.