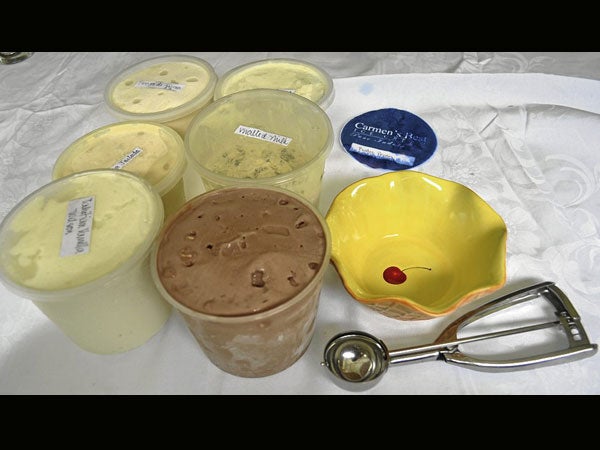 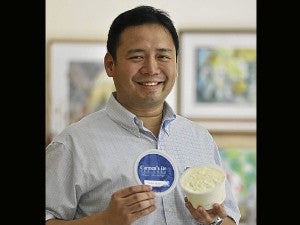 Just when I thought I’ve tried all the best ice creams in town, along comes a delicious surprise of the artisanal variety. Dense, creamy and tantalizingly rich, it’s the kind of ice cream aficionados would patiently stand hours in line for, or something they’d make for themselves, if they had the time and the wherewithal.

Simply called Carmen’s Best, the ice cream is personally made by Paco Magsaysay, son of former Senator Jun Magsaysay and grandson of the late, much-loved President Ramon Magsaysay. One is almost tempted to say it’s ice cream with a pedigree, but even more important than the name behind it is the dedication that spurred its making.

Admitting to being OC (obsessive compulsive), Paco says he first started making the ice cream at home to maximize the milk and cream that come from his father’s dairy farm in Bay, Laguna, where 230 cows each produce an average of 10-12 liters of milk. While cheese has been one of the farm’s by-products, ice cream, they decided, would be an even better alternative, not the least because Paco himself loves ice cream.

“I got a small machine just for making ice cream at home,” he recalls. “When my first ice cream turned out to be very good, I realized I could do something more with it.”

That something included researching into ice cream making as well as experimenting with new flavors, even asking his kids, Jaime, Mikey and Carmen, to act as “guinea pigs” by being the taste testers. The first flavors he cranked out were vanilla, strawberry and chocolate, the basic flavors of most ice cream brands.

Far from being pedestrian, however, these familiar flavors are made only with high-end ingredients. To make vanilla ice cream, for instance, Paco uses Tahitian vanilla. For the strawberry, only fresh strawberries from the Baguio farm of artist BenCab will do. And as for the chocolate ice cream, he uses only the finest Swiss chocolate. The use of jams and pastes are anathema to him, says Paco, because those would be incongruous with the fresh milk and cream that constitute the base of his ice cream.

After mastering the fundamentals, he then tried making more exciting, even nontraditional, flavors. With inspiration from his travels as well as from his kids, he now has a contingent that includes Spanish turon, Pecorino cheese, coffee almond and salted caramel. A bestseller is malted milk, which he makes with Horlicks candies. “It reminds people of the Horlicks they used to eat when they were kids,” Paco says. His own favorite, he says, is Tahitian vanilla while his kids simply love cookie dough and malted milk, and his dad favors coffee and butter pecan.

At a luncheon hosted by Paco’s aunt, PR practitioner Mila Magsaysay-Valenzuela, I had the chance to try some of the flavors myself. Just as Paco said, the malted milk tasted like a richer version of a long-ago childhood favorite, the Horlicks tablet candies which I remember eating straight from the bottle. On the other hand, the chocolate and strawberry ice creams were both very lush, smooth and hearty, with a fullness of flavor that connotes trueness and integrity; you know instantly that what you’re eating is the real deal. While tasting homemade, they also had a certain finesse, like an ingénue who has been through Swiss finishing school.

The ultimate ice cream for me, however, was the rocky road, which was devastating in its goodness. Aside from being velvety and luxuriously rich in chocolate, it was lavished with 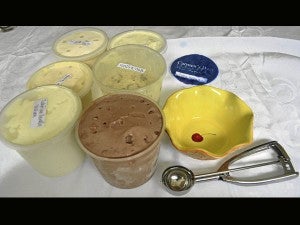 pecan nuts and marshmallows, which added texture and variety to every bite. (To be fair to the other flavors, rocky road has been my favorite since third grade.)

Because of limited production, Carmen’s Best is available only through phone orders (at P350/pint for basic flavors and P380/pint for premium flavors), while the fresh milk, under the brand name Holly’s, is sold at Salcedo market in Makati on Saturdays. Part of the proceeds goes to PGH Medical Foundation, of which Paco is a trustee.

Not surprisingly, the number of customers, many of them name-droppables and pillars of society, keep increasing. They order the ice cream not just for their own consumption but also to give as gifts and to serve during social gatherings. Sometimes the guests like the ice cream so much that they soon become customers themselves. And while Paco doesn’t scrimp on ingredients, he says he can also customize the ice cream, adding more nuts or using less, more chocolate or using less, if the customer so specifies. Which makes Paco somewhat of a contemporary version of the ice cream man.

A word of warning, however. Once you’ve tried Carmen’s Best, you won’t be so easily content with other ice creams. It’s like eating of the tree of knowledge; suddenly you realize you now know fully well what you only once half-knew. So maybe there have been some excellent ice creams in your past. But this time, someone just made something great even better.