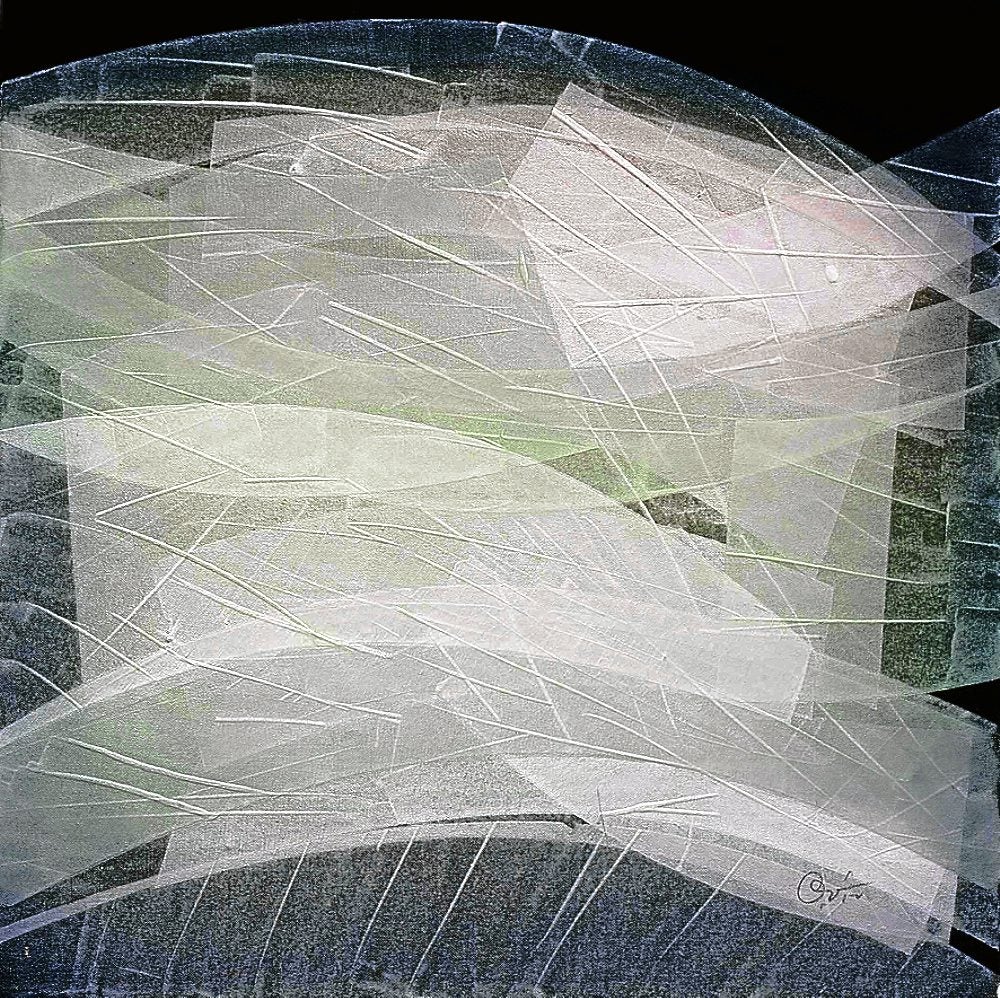 Olazo treats Cebu to ‘Diaphanous by the Sea’

The sea is a magnificent place and one that many artists have drawn inspiration from. One such artist is Romulo Olazo whose latest exhibit, “Diaphanous by the Sea” (at the art gallery of Bluewater Maribago Beach Resort in Cebu; call Paseo Gallery, 7065514, 0917-5268082, 0917-5280128; e-mail [email protected]), is a quiet revisiting, a reunion of self.

Having grown along the shorelines of Balayan, Batangas, Olazo has fond memories of the sea. It was a special place, and, perhaps for the artist, a place where he began to dream of capturing the beauty of the sea.

Olazo is not the first artist to be beguiled by the charms of the sea. Abstraction and water and how it alludes to the mysterious unknown was vastly explored by the great Dutch abstract painter Piet Mondrian.

After painting scenes that were figurative representations of a port and its perspective angle that extends to the sea and beyond, Mondrian reduced the picturesque scene to a series of marks: pluses and crosses, which implied the rise and fall of water. His work is now considered one of the roots of abstraction as it hinted at and provided models for that unreachable utopia.

This time, Olazo has revealed a fresh, whimsical side that takes off and recombines with the artistic style and forms he is known for. He introduces some startling forms, like sea creatures, that give his works another dimension.

Olazo’s abstraction, as noted by critics, has fused the meditative calm and silent reflection of the Asian aesthetics with the artist’s own masterful drawing hand and sense of form.

Abstraction, as stressed by its practitioners such as the Russian giant Wassily Kandinsky and the aforementioned Mondrian, is not for the faint-skilled draftsman.

Olazo’s construction of form is based on his developed sense of perceiving and expressing subjects in the outside world, such as the still life, the female form, and organic objects. This is where he draws the subtle nuance and deliberate handling of his abstract forms.

For Olazo, it is his goal to push the envelope where form can exist, and where abstraction can thrive. Like the ocean waves’ crests and troughs he has portrayed in his new suite, he begins anew with endless possibilities of his “Diaphanous.”

“Diaphanous by the Sea” marks Olazo’s engagement again with the theme of blue, building upon the thematic exhibition “Azool” in ArtistSpace at Ayala Museum in 2008.

“Azool” is an anagram of the artist’s surname, and coincidentally marks Olazo’s redemptive reinvention of his work, as the color blue has been identified to mean that very state of being: redemption and resurrection.

Marking the cycles in our lives, the peaks and undertows, it is, indeed, apt and eventful for Olazo’s 40th solo exhibition to be held near the ocean.

Patricia Olazo, the artist’s wife, wrote down some poetic notes on the subject of blue that echo the artist’s sentiments: “The royal blue of the cloudless sky as morning turns into noon / and the chariots race across the blue sky reflected in seas below / The deepening indigo blue of dusk bidding goodbye to the last dying rays of the setting sun which suddenly drops off the horizon / The refreshing blue after the cloudburst rain and you see me ‘chasing rainbows’ in the sky and ‘kissing fireflies’ / The sad brooding steel blue grey of the skies hopefully peeping through the rain and thunder and storm and despair / Blue. . . my hello, my goodbye, my life.”

As art encompasses all life, so is the color blue. For Olazo, it is his meaningful and trustworthy muse.