How Fr. James Reuter started me on my love affair with the microphone | Inquirer Lifestyle ❮ ❯ 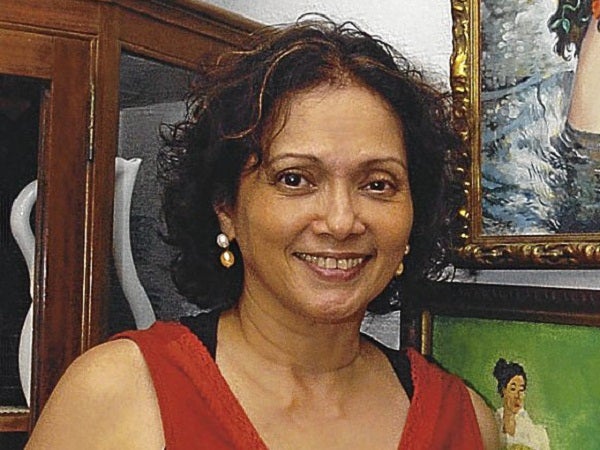 How Fr. James Reuter started me on my love affair with the microphone

We would always see nuns scurrying to and fro at the back of the Fleur de Lis Auditorium, especially around lunchtime. Eventually we learned that a very important priest held office and took his lunch somewhere there. It was off-limits to students.

Finally, when I was a sophomore we were in our annual retreat and Fr. Reuter handled a session. I was only 14 but I liked his talks. He spoke simply. No fire and brimstone. I found that comforting. And he never spoke above our heads, but did not talk down to us, either.

He was an American, had clear blue eyes, was handsome, too. I suspect all of us little Paulinian high school girls had a bit of a crush on him.

When I was a junior, I was cast in a presentation of three one-act plays. It was to be mounted in the Fleur de Lis and was a big thing for us. And Fr. Reuter was to look at what we did and give us notes. We were excited and anxious. He came, watched us quietly, gave us notes, hardly noticed me.  I remember being slightly disappointed.  I kind of presumed that was because I wasn’t good enough.

Then I was a senior and it was time for the “what course to take in college” talks. I was unclear about what course to pursue. I had done singing and some acting all through kindergarten, elementary and high school. I always regarded those moments as very special. All the other “ordinary” times were boring.

But none of the talks we listened to listed acting and singing as careers, so I obediently presumed they weren’t. Then Fr. Reuter gave his talk and I clearly remembered him saying “Whatever course you take is fine… just don’t take it in UP (University of the Philippines). You’ll become a communist in UP!”

And because he was the great big American priest very important to the good nuns in St. Paul and we all had a bit of a crush on him, I totally took his word as law. I did not go to UP lest I become a commie. As a matter of fact, I stayed in St. Paul and took up nursing. Which was a great big mistake because I was a terrible student nurse.

But while I was a sophomore in nursing college, Fr. Reuter cast me in Jerome Kern’s “Showboat,” to be shown in the Fleur de Lis! As the ingénue lead Magnolia to Robert Arevalo’s Ravenal! I was going to be onstage with the legendary June Keithley and the great Oscar Yatco conducting the huge symphony orchestra in the cavernous auditorium!

My mother was ecstatic; I was dying of panic.

I was rehearsing with that orchestra when Mr. Yatco threw and broke his baton in exasperation. I could not be heard. All June had to do was open her mouth to sing and she could be heard over that orchestra all the way to Herran street. Of course, the good nuns of St. Paul were upset and wanted me replaced.

St. Paul College of Manila was then the center of culture of Manila. Some years back the school presented “The Sound of Music” and it was a great big hit. Audiences came every night to watch June and Oscar Yatco and Tina Santos and Cristina Ponce-Enrile. Even Fernando Poe Jr. came to watch!

The good nuns couldn’t risk the school’s reputation with trembling little me in the romantic lead. I was truly terrible.

But Fr. James B. Reuter said, “No, all she needs is a mic.” So they hid a mic by a post of the boat and in a nearby tree somewhere, and I went on to play Magnolia.

Not wanting to disappoint Fr. Reuter, I worked very hard.  I rehearsed until very late then got up very early for nursing school. My mother started a novena for me and prayed the rosary from overture to curtain call.

I wish I could say that I was a great success. But honestly I wasn’t. I was very scared and looked it and never really hit the high difficult notes of Magnolia.  There was even a review of the musical that singled me out as the only bad thing in the play.

But Fr. Reuter never made me feel inadequate. He continued to help me, encouraged me in every way.

And because he believed in me, then I started to believe in myself. It also began my love affair with the microphone. I realized the mic was what my voice needed. With the mic, I could caress a word and not have to worry about being heard.

That was Fr. Reuter’s gift to me—understanding my voice and self-confidence. That started my career.

Thank you, Father. I was blessed to have worked with you. I will always be grateful.