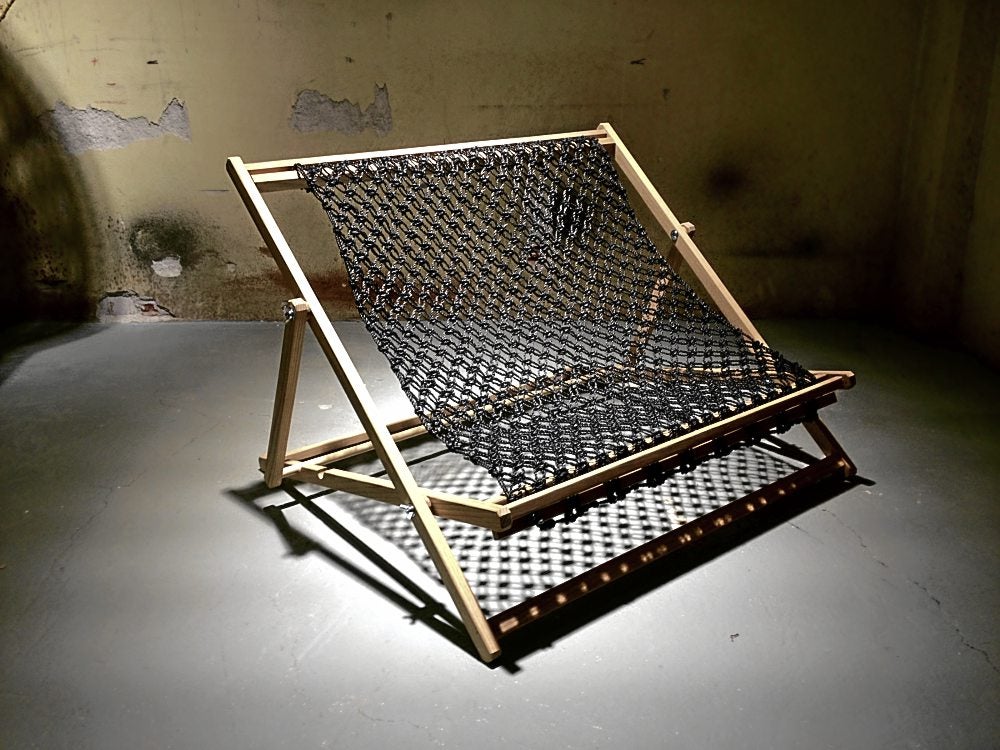 Turning his back on technocracy and mass production, London-based Filipino designer Daniel Latorre Cruz reverts to history and traditional craftsmanship. Call it the revival of the artisan.

When he’s not producing edgy designs in his London studio, he comes to the Philippines as a consultant for companies participating in the Manila FAME. The founder of Epoch Collaboration, a group of local designers with foreign experience, Latorre Cruz has been traveling around the country searching for new materials and getting exposed to our craftsmanship.

Hailing from Tarlac, Latorre Cruz migrated to the UK in his childhood. He studied Furniture and Related Product Design at Buckinghamshire Chilterns University College in High Wycombe, a town with a furniture tradition.

In London, he produced unusual designs such as shelves inspired by origami paper planes. British publications, such as “How to Spend It” and “Time and Leisure,” have raved about his Icarus lamp, made of mulberry fibers shaped like wings. A larger version, “Winged Victory,” has the same powerful impact as that of a chandelier.

Latorre Cruz’s works, though fragile and sensual, appeal to the West, which has been getting jaded with products of industrialization.  People have grown weary of the uniformity and coldness of machine-made designs.  They are now open to objects that are idiosyncratic, personal, and evoke emotional resonance.

Like the Icarus lamp and Winged Victory, Latorre Cruz’s recent lighting fixtures establish mood rather than illuminate. Made of mulberry paper with marks of raindrops, the orb lamps suggest the transient passing of day and night light. “These are mood lighting pieces. If you turn it one way, it resembles a moon crater. Turn it the other way, it resembles a close-up of the sun.”

Latorre Cruz explored other local materials such as the pliant rattan and crystalline capiz.  His large Pagoda lamps, made of supple rattan, were the silhouettes of Asian temples.

A lamp made from capiz resembled a diamond with facets. “Working with capiz can be tricky but I love the translucence, especially when it shines against natural light. You can make it golden. Next time, I will try to shape and curl it.”

For the World Design Capital fair at Helsinki, Latorre Cruz turned to macramé, creating hand-knotted ottomans and a child’s deck chair. The ottomans were shaped like sacks. “It’s for storing. You can stuff clothes there. I like the idea of saving clothes and passing them on to the next generation.”

He is referring to bodging and greenwood furniture-making.  Bodging is an ancient wood-turning technique that was common in High Wycombe. It employs unseasoned wood to make chairs and cylindrical parts. Greenwood furniture-making is another traditional method that uses hand tools. The trees are lopped just above the ground so they can regrow. It involves a method of making furniture without the need for fasteners, such as screws, nails and adhesives.

The designer also introduces the pole lathe, used by the Saxons, which works like an extra pair of hands. The operator pushes a leg against the pedal, whose tension is provided by a limber sapling. “It presses down the pedals and grips what you are working on. It uses a blade or a knife just to shave the wood. With the pole lathe, you chisel.”

These techniques create stronger furniture because the pliancy of the tree is maintained. “I’d like to have that purity with no electricity. That’s the artisan, the opposite of mass production. It is very soulful.”

Latorre Cruz says it’s ideal in remote places in the Philippines where artisans can make furniture without electricity.