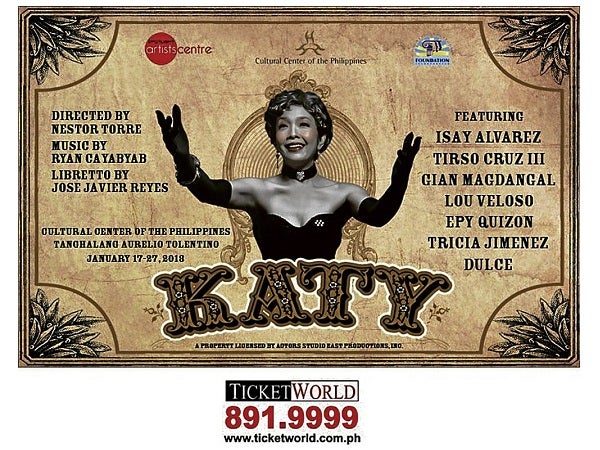 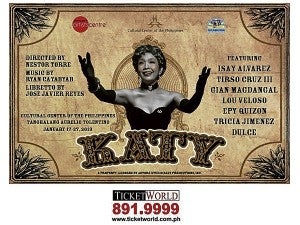 When Isay Alvarez was a little girl, her mother Nene took her to see the film “The Sound of Music.” The effect on her was electrifying, a defining moment which would eventually pave the way for her career as a singing actress.

“This triggered my love for the performing arts,” Alvarez recalls. “I can vividly remember it. I must have been five or six at the time because my mother was still giving me baths. I was really amazed that one could sing and act at the same time. I told my mother it was my dream to be the sister of Julie Andrews!”

Later she would join singing contests, support her way to school, work as a translator (that’s right, translating books from English to Filipino) at the University of Santo Tomas, sing with the Manila MET Chorus, and in due time make a grand entrance in musical theater.

What have these varied experiences here and abroad taught her?

“A lesson I learned is patience,” she shares. “And it is innate in me to be hardworking. This can make you stay in this business longer. I value hard work.”

In London (for “Miss Saigon”) the actors were expected to read notes, put on their own makeup and be on time. The Brits had studied their craft formally, at school, and they “were amazed” that the Filipino actors and actresses could act and sing so well through, in effect, on-the-job training.

And now Alvarez is preparing for her most challenging role to date—as bodabil queen and jazz singer Katy de la Cruz in the revival of the musical “Katy!,” by composer Ryan Cayabyab and librettist Jose Javier Reyes, with direction by Nestor U. Torre.

The landmark musical had its original run in the ‘80s, with Mitch Valdez, Marco Sison, Celeste Legaspi and Bernardo Bernardo in the lead parts, and was the first production of the now-defunct theater company Musical Theater Philippines (or Musicat), run by Legaspi and Girlie Rodis. Inquirer editor in chief Letty Jimenez Magsanoc, in 1989 still writing a column for the paper, hailed “Katy!” as “the prototype for the Filipino musical.”

“This role is very difficult,” says Alvarez. “There are great demands—you sing, dance (tap dance at that), with costume changes in five seconds.” In one scene, Katy has to laugh and cry at the same time, as she confides to her father about her failed marriage.

The musical direction is by Mel Villena, with music by the AMP Big Band. “Katy!” is a production of Spotlight Artists Centre.

Discussing Katy de la Cruz as a musical artist, Alvarez compares her to a legendary American jazz singer: “I can confidently say that she is at par with Ella Fritzgerald. There are recordings of her songs pero tago (hidden). It’s just like listening to Ella Fritzgerald with her ‘St. Louis Blues.’ Katy has songs like ‘Balut’ and ‘Saging,’ which is a Tagalog version of ‘I don’t know why I love you like I do.’”

One of the songs is “Ang Mundo Ay Entablado” (The World Is a Stage), which may well stand as the theme of the musical.

And what did the play teach her?

“Something I affirmed,” the singing actress concludes. “Something attributed to Katy: “Walang nalalaman ang mga nanunuod kung ano ang nangyayari sa likod ng entablado” (the audience knows nothing about what goes on offstage). In a way I am like Katy. I am in love talaga (truly) with performing and hard work.”