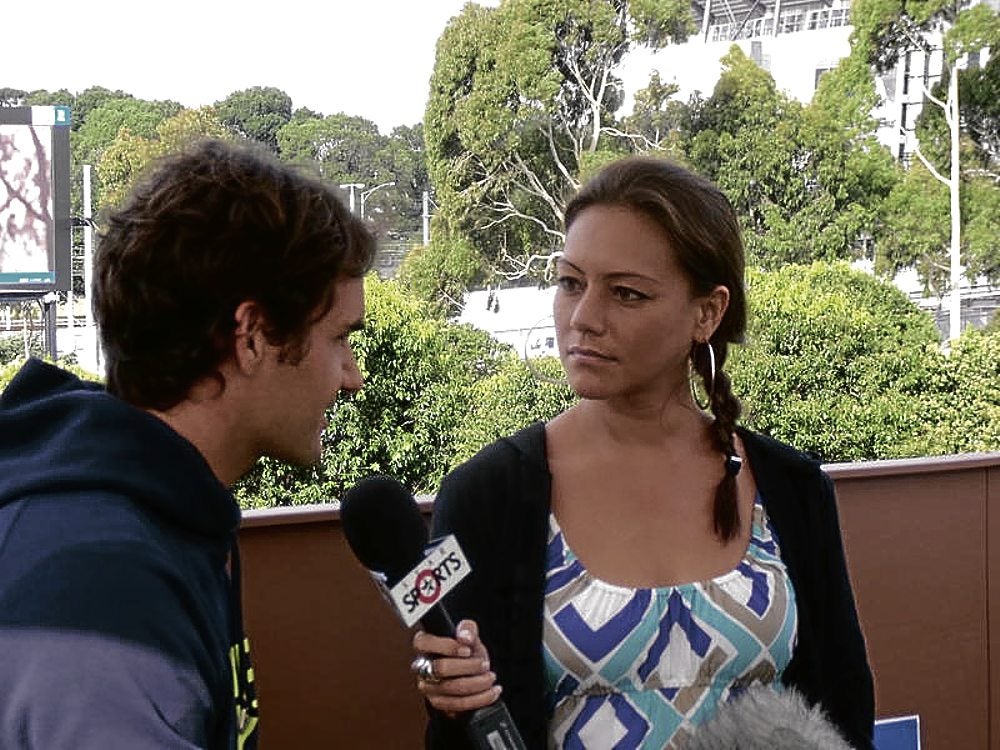 Tennis stars–and their significant others

It’s the start of 2013. Our lofty promises of being a better “me” and exercising daily are on our minds as we enter the second week of the year. However, if you’ve already fallen off the health wagon, you can take solace in the fact that the first Grand Slam of the year is upon us to provide a great distraction, and possibly even a motivation.

Samantha Stosur’s bulging biceps. Maria Sharapova’s stunning legs. Novak Djokovic’s endless energy and Gael Monfils’ quivering muscles. All these and more will be on show at the 2013 Australian Open as we marvel at the athletic prowess of these super beings. The best players in the world start another nomadic year traveling the world, sleeping, breathing and eating tennis.

The Australian Open brings with it the biggest prize purse in history. A hefty $2,430,000 is up for grabs for the best male and female player, so it’s no wonder that they will all be gunning for glory. To help them, an entourage of physiotherapists, coaches and managers are at their beck and call.

But “no one man is an island,” and behind “every successful man stands a woman.” Presenting those gorgeous, glamorous WAGS (Wives and Girlfriends) and my new term “BAHS” (Boyfriends and Husbands).

We love those gratuitous shots of the loyal partner in the players’ box, grimacing or rejoicing with every shot.

With Andy Roddick’s retirement, we shall miss the gorgeous Sports Illustrated cover girl Brooklyn Decker. However, not to worry, there is still plenty of eye candy.

Djokovic’s longtime girlfriend Jelena Ristic is a true beauty, with every cameraman more than ready to catch her responses. She has both brains and brawn and is certainly worthy of being the World’s No. 1’s number one.

Andy Murray, the dour Scotsman, has certainly found the antithesis to his personality in the form of Kim Sears. She’s straight out of a hair commercial, with flowing locks and a porcelain complexion. With her boyfriend narrowly missing out on so many finals, the US Open saw her beaming, her faith in McAndy paying off.

But it’s not only the boys with cheerers. The ladies have a solid resume of BAHS between them, as well.

Caroline Wozniacki likes her men to play with smaller balls. Golf ace Rory McIlroy makes an appearance at his beloved’s matches when he can take time away from his own schedule, and Sharapova used to have Lakers player Sasha Vujacic slam dunking his unrelenting support. It appears, however, that they have called it quits, and 2013 may bring another sporting star into the Russian’s heart.

Serena Williams is keeping things more in the family as she continues to date tennis coach Patrick Mouratoglou, and Gisela Dulko’s husband, Argentinian footballer Fernando Gago, is a sporting powerhouse.

Our fascination with sporting heroes and their partners can be attributed to the fact that it helps us gain an insight into who they are, and can serve to remind us that they are only human.